Resistance and Class Struggle in the Age of Trump 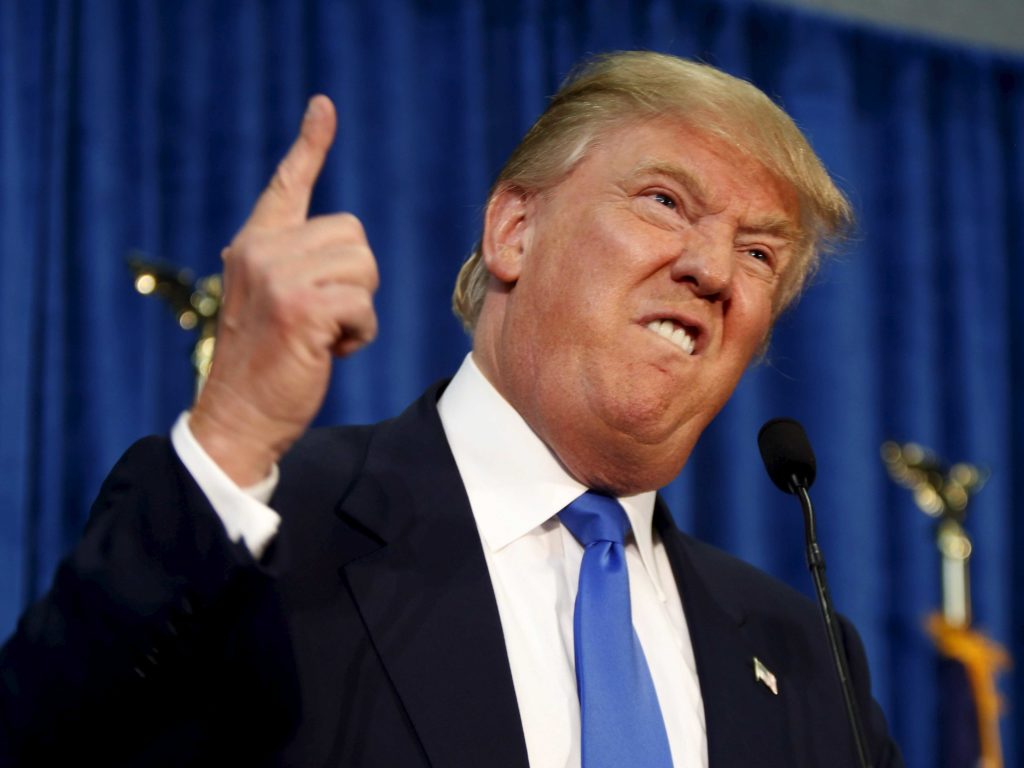 President-elect Donald Trump reportedly does not want the media using this image of him.

If there is any solace to be found in the coming administration of Donald Trump—small though it may be—it is in the fact that those who oppose him and all the hate, fear mongering, and bourgeois arrogance he represents, are not alone. Trump has not even been sworn-in yet, and he already has the dubious distinction of being the least popular president-elect in modern American history.

While newly elected presidents typically enjoy a strong show of support prior to their inauguration, Trump’s favorability rating is currently in the low-40s, according to recent polls by YouGov and Morning Consult. Barack Obama, in contrast, shortly after his election in 2008, had an approval rating of 68 percent. Even George W. Bush maintained a 59 percent approval rating during mid-December 2000—despite the fact that he did not legitimately win the election!

You know it is bad when, right out of the gate, you are already less liked than “Dubya.”

We must always keep this in mind in the months and years ahead. President Trump will, like all presidents, try to claim he has a “mandate” for his grotesque xenophobic and misogynistic policies.

He has no such thing.

Trump basically received the same amount of support as Mitt Romney did, four years ago. It was the Electoral College—an antiquated relic of the slaveholding “Founding Fathers”—that put Trump in the White House. It was not the American voters.

Contrary to the insistence of the know-nothing cable TV pundits, America is not a conservative nation. All of the things the left champions—universal health care, tuition-free college education, a living wage, civil rights, paid maternity leave, and increasingly, socialism—enjoy broad, majority support.

Those of us on the left must always keep this fact in mind, no matter how bad things get or how dire the struggle to resist becomes. And make no mistake: Things will indeed become quite dire in the “Age of Trump.”

As liberal columnist, Robert Kuttner writes in The American Prospect of the coming Trump administration:

It is hard to contemplate the new administration without experiencing alarm bordering on despair: Alarm about the risks of war, the fate of constitutional democracy, the devastation of a century of social progress. Trump’s populism was a total fraud. Every single Trump appointment has come from the pool of far-right conservatives, crackpots, and billionaire kleptocrats. More alarming still is the man himself—his vanity, impulsivity, and willful ignorance, combined with an intuitive genius as a demagogue. A petulant fifth-grader with nuclear weapons will now control the awesome power of the U.S. government.

Trump campaigned on his promise to “drain the swamp”—a pithy, though factually misleading metaphor for Washington, D.C. But his developing cabinet already looks like it was pulled directly from the pages of D.C. Comics’ Swamp Thing.

The Socialist Worker‘s Eric Ruder, in a Nov. 17 article, labels Trump’s motley crew of “white supremacists, neocon war hawks and job killers,” a “creep show,” only to concede that “creep” might be “too nice way to describe” his cabinet of crony capitalists.

We should expect Trump, once in office, to move very swiftly to enact his regressive, proto-fascist agenda.

Trump will prove true to his word in following through with his most egregious policies on deportation, expanding the corporate welfare state, and stacking the already-conservative Supreme Court with more right-wing ideologues. He will, additionally, offer even greater legal impunity for law enforcement officers to kill minorities and people of color at will, countering the cause of Black Lives Matter with the ludicrous, pro-police salvo, “Blue Lives Matter.”

And as if Trump’s climate-change denial was not bad enough, he recently called for the U.S. to engage in a new nuclear arms race with Russia. So much, it seems, for the absurd notion that Trump would prove less inclined to pursue a militarist foreign policy, than Hillary “Queen of Chaos” Clinton.

So, what is to be done? How can the left best resist Trump going forward? Furthermore, what steps can we take to develop a viable left-wing pole of attraction to win over the economically frustrated working-class voters who helped elect Trump?

We can start by committing to attend the dual inauguration protests intended to set the tone for the Trump presidency: The “Not My President” vigil on Jan. 20, 2017, and the “Women’s March on Washington,” scheduled the following day. (The latter event could prove the larger of the two, with more than 200,000 participants already expected.)

But we cannot stop there. The next four years will be defined not only by the horrors of the Trump regime, but by dueling visions for the direction of the country–and, by extension, the world.

Trump’s “vision” (to the extent that one can even call it that) is to further tighten the vise-grip that capitalism has on workers, society, and the planet.

Socialists like me, meanwhile, envision nothing less than the self-emancipation of the working class. Our goal is, as Karl Marx wrote in 1867’s Capital, a society based on the “association of free men [and women], working with the means of production held in common.”

The time for mourning is over. Let us mark 2017 (the 100-year anniversary of the 1917 Russian Revolution, incidentally) as the year the working class mobilized to fight and retake their country. We have nothing to lose but our chains.