The September energetic planetary storm has passed since Mercury went Direct on September 22nd. The last eclipse for this year, a Lunar Eclipse Full Moon in Pisces erupted on September 16th. But for October we may expect renewed clarity and should be ready for explosive world events. 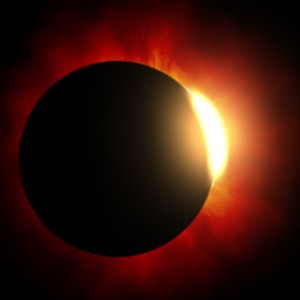 When the New Moon in Libra occurred on September 30th, we arguably passed the last marker of Eclipse Season this year.

Eclipse Seasons are meant to shake people out of stuck comfort zones so as to allow energies of change to propel them further forward into new chapters of their lives. In that process, we release old patterns and beliefs that do not support our growth nor our intentions toward leading more authentic and connected lives. Hopefully, during Eclipse Season we can better embrace truth and the reality of our new chapter of life.

Mercury Retrograde during the Eclipse Season made the journey less clear at times. We may have questioned our previously accepted direction for our life.

Now as we enter October 2016 there should be renewed clarity and direction for many. Others will need to wait for more of the storm’s dust to clear and rubble to be sorted through.

New world and personal events are soon ready to show up, events that are a direct result of the shakeups during Eclipse Season. 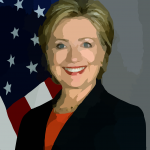 Is there now renewed clarity for the Presidential Election? Prior to September’s Eclipse Season and Mercury Retrograde Hilary Clinton looked like a sure thing to be elected president. But September events shook up the Presidential Election and have given Donald Trump renewed momentum. There has never been a presidential election with two more disliked candidates.  What does that mean for America and what does it say about our country?

Cream no longer rises to the top of a toxic society.  Only those who play their lives well within the corrupt societal corporate and governmental games in the USA have a chance to win. 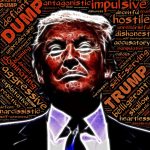 So if we do not collectively change the system and return to our better human values, we will continue to lose our collective souls and eventually lose our country.

One does have the choice to hold their nose and vote the lesser of two evils… again. Or one can choose not to vote. Perhaps best yet, one can choose to vote according to their core values and choose either Gary Johnson or Jill Stein.

True they will not win this time, but in this year of disillusionment with the Democrat and Republican Parties, new voter exposure to the Green and Libertarian Parties will bode well for our future.

The last day of September brought us a New Moon in Libra that initiates a lunar cycle that will last most of October.

The next New Moon will be in Scorpio on October 30th, and it will begin the next lunar cycle.

Look for the energetic themes with a Libra New Moon to be balance, relationship, symmetry, fairness, justice, beauty, and civility as well as indecisiveness and social correctness.

It is the time of year when social and relationship values trump (no pun intended) desires for independence and personal gain.

At the end of the first week of October issues and emotions should intensify as Venus sextiles Pluto, Mars squares Jupiter and the Sun squares Pluto. We are not talking as intense as during the Eclipses, but the intensity notch will go up. Further, world events may intensify as well.

On October 16th there is a strong Full Moon in Aries at 12:23 a.m.  The Moon will be conjunct Uranus, so needs for liberation and radical change are in the air. Since the Sun is in peaceful and relationship oriented Libra at the same time, there may be a conflict between needs for change and a desire for keeping things balanced and stable.

In the world, issues between war and peace may surface in the week surrounding this Full Moon.

Soon after, on October 19th, action oriented Mars conjuncts God of the Underworld Pluto. This is potentially an explosive combination, which could affect world events. It also suggests it is wise for a couple days in your personal life to avoid too much anger or angry people.  From a positive side, much work can be accomplished at this time.

On October 22nd the 4th quarter of the lunar cycle begins as the Sun also moves into Scorpio for a month.

Planetary energies are taking the mood down under.  Sadness, grief or even anger can rise to the top of your consciousness.  Darker, colder days fit perfectly into this mood shift.

Scorpio is deep and intense, and rules our more primal tendencies and emotions. It seeks to bring to the surface what has been bothering you so you can more effectively deal with it and release what you no longer need.

Scorpio can be very insightful and can penetrate to the core of Truth. It is also a good energy for sexual feelings and activities. 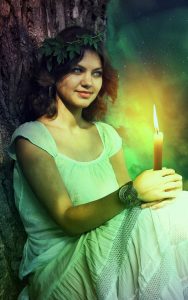 Mars square Uranus on October 28th – 29th may be a wake-up call for many, meaning a time to think outside or get outside of the box. If you have been feeling stuck, you may now have increased motivation to liberate yourself.

On October 30th there is a New Moon in Scorpio, which signifies a time to get moving into activities and feelings that have more passion for you.  That can only happen if you get more out of your head and more into your gut feelings, your instincts, your deeper emotions. It is time for renewed clarity, new starts and new beginnings.

On October 31st is modern Halloween which is a recycled version of ancient Samhain. Samhain can be celebrated as a time when the veil between worlds is thinnest. Many people attuned to this sacred turning point of the year claim they can contact souls that have previously died or other spirits on the other side.

You can see why Samhain turned into the ghosts and goblins of Halloween.

See you in November,

An astrological and spiritual guide and counselor, Leo’s specialty is counseling those in the process of change, transformation, transition and crisis. He also specializes in couples’ counseling for any and all kinds of relationship. He has been a full-time professional for 30 years.