Rejecting the Practical (A Response to My Critics) 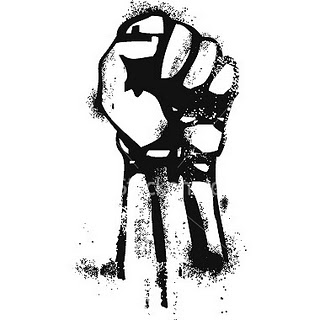 I knew I was rattling a proverbial hornet’s nest when I took on Sen. Bernie Sanders in my last column. But then, such is the nature of journalism. The job of a reporter is to tell readers the truth–no matter how unpleasant that truth may be.

A number of readers accused me of being trapped in the Green Party “echo chamber,” despite the fact that my previous column made only one mention of the Greens. I find this accusation highly ironic coming from liberal Democrats whose party has gone so far as to sue third-party candidates in order to keep them off the presidential ballot, as the Dems did to Ralph Nader in 2004.

But please–tell me more about this “echo chamber.”

However, my favorite response comes from Ellen D. Murphy via that paragon of informed, intellectual discourse, Facebook.

Murphy writes of my Aug 23 column (“The Bernie Sanders Bait-and-Switch,”),

“While this article had some interesting points, the wind-up about ‘building a revolutionary movement’ was a descent into pure rhetoric and – quite honestly – made me question the author’s capacity for rational thought.”

Now, as far as insults go, this one is considerably more articulate and intelligibly written than those typically hurled my way. So, I will give her that much.

I will also leave aside the obvious rhetorical contradiction: Sanders also says he wants to build a “political revolution” (his words), yet Murphy does not question his–or his supporters’–“capacity for rational thought.” Given that he is attempting this “revolution” through the capitalist, Wall Street-owned and operated Democratic Party, she probably should.

As to the actual substance of the comment, it is such a typical liberal sentiment that I believe it warrants closer scrutiny.

The fact is, bourgeois liberals have no interest in revolution. They prefer to tinker around the edges of the system in an attempt to create a “kinder, gentler” form of capitalism. This is partly because so many liberals have accepted the relentless propaganda that capitalism is the “only way” society can be structured (the “end of history” as Francis Fukuyama famously put it).

But the primary reason for the left’s abandonment of anti-capitalist aims stems from the acrimonious “Red Scare” communist and socialist purges that accompanied both World Wars, as well as most of the 1950s.

Sinclair Lewis, in his 1920 satirical novel, Main Street, uses the characters of Vida and Carol to illustrate the difference between liberals and radicals. Carol Kennicott, the novel’s rebellious, free-spirited protagonist, is constantly trying to improve and modernize her small town of Gopher Prairie. But Carol finds the greatest impediments to her efforts to implement her progressive, turn-of-the-century programs come not from its reactionary conservative residents, but from comfortable, middle-class liberals like Vida.

Vida criticizes Carol for trying to “work outside the system” with “foreign ideas.”

“Vida was, and always would be, a reformer, a liberal,” Sinclair writes. “She believed that things could be excitingly altered, but that things-in-general were comely and kind and immutable. Carol was…a revolutionist, a radical, and therefore possessed of ‘constructive ideas,’ which only the destroyer can have since the reformer believes that all the essential constructing has already been done.”

The liberal class talks of “practicality” and what is deemed “politically possible.” Yet, there was once a time when the end of slavery was considered impossible. Likewise, voting rights for African Americans and women was, initially, outside the realm of the “politically possible.” Had history’s pioneering feminists, abolitionists, and civil rights leaders simply accepted this consensus–that their demands for full equality were simply not possible, so begone with you, silly activists!–then our country would look quite different today.

But it has always been radicals, socialists, anarchists and those unaffiliated with the mainstream corporate parties that have agitated for these changes. Rarely did they come out of the Republican or Democratic parties–never mind the “practical” people in the liberal class.

Every major progressive law in the United States–whether it’s the right of women to vote, Social Security, rights of the labor party… Never [did] any of these proposals come out of the two parties. They always came from the grassroots, from the people. And there were people who led those struggles who were independent and not functioning as agents of the two parties who were always called names and suffered personal abuses…

Yet, Murphy is correct on one point: Rebellion is not rational. There is nothing practical about rebellion. To rebel is to stand up against often insurmountable odds, knowing full well you may not succeed.

Rebels and revolutionaries are driven, according to Chris Hedges in his recently released book, Wages of Rebellion, by a spiritual “sublime madness,” a phrase he attributes to the theologian, Reinhold Niebuhr. This “sublime madness,” Hedges explains, is what allows the rebel to hold fast to her values and ideals–no matter how improbable the odds stacked against her. It is what allows the rebel to sacrifice herself–wholly, completely, absolutely–to her act of radical defiance.

“Sublime madness demands self-sacrifice and entails the very real possibility of death,” Hedges writes. “Not that the rebel possessed of sublime madness wants to die, for the fight against radical evil is the ultimate affirmation of life. The rebel understands the terrible power of the forces arrayed against all rebels, and how far these forces, once threatened, will go to silence rebels, and yet is so possessed that he or she is unable to conform.”

All of which is to affirm the label of “irrational” Murphy has bestowed upon me. It is not a label I run from. Indeed, I proudly embrace it.

Still not convinced…? Still think this is all just “rhetoric”? Then by all means, throw your support behind Bernie Sanders–and the next Democrat in 2018, and 2020… From where I am standing, it is the bankrupt liberal class–so hopelessly locked within its abusive relationship with a party that cares nothing about it–that seems incapable of rational thought.