This is your chance to review the Referendum Questions 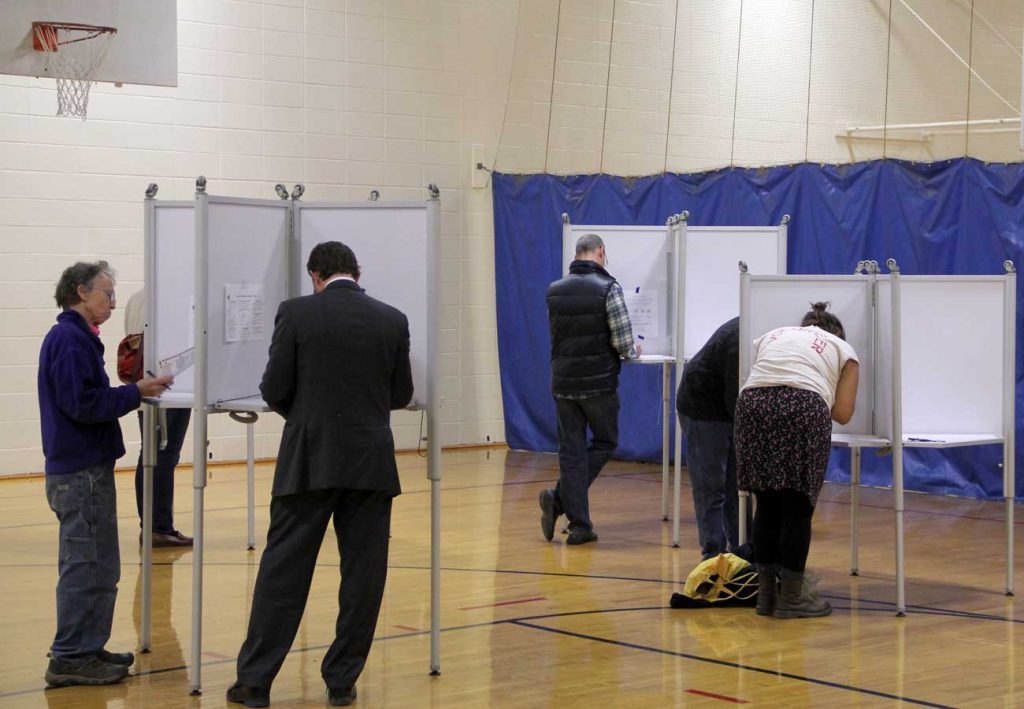 Compared to the 24/7 brouhaha over next to whose name one will fill in the oval, the referendum questions on the ballot seem to get short shrift. They lack the ability to speak or tweet for themselves. The questions struggle to capture the attention they deserve, especially when you consider that voting on them is one time the electorate gets to make a direct decision on a single question. Without the drama of youthful peccadilloes, shady financial histories, physical attractiveness or lack thereof, these issues are ignored by many voters. That is until shortly before entering the voting booth. There voters make a hasty perusal of some partisan group’s voting guide and blacken the bubbles accordingly. 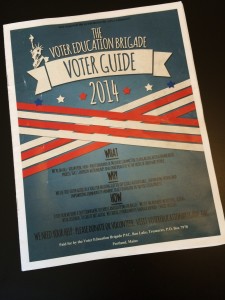 Here in Maine, the referendum questions give us the chance to decide on People’s Veto issues, Citizen Initiatives, Bond Issues, Constitutional Amendments and other referenda proposed by the Legislature. At times a hot referendum can sway other electoral outcomes, think bear baiting. But most often they’re fairly straight-forward. Although a few do get opportunistically seized by individuals hoping to make their political mark.

In general, though, the referendum questions give the voter an opportunity to think about what you support and what you oppose. By carefully examining your thoughts on these questions you can learn a lot about yourself, what you truly value in life, and the responsibilities, opportunities and rights you think you and others should have. These questions are complex and can have ramifications that are totally unanticipated (good or bad). Please take the time to read the questions. Understand what they’re saying. Then vote your own opinion, not someone else’s that you picked up at the last minute.

Do you want to allow the possession and use of marijuana under state law by persons who are at least 21 years of age, and allow the cultivation, manufacture, distribution, testing, and sale of marijuana and marijuana products subject to state regulation, taxation and local ordinance? 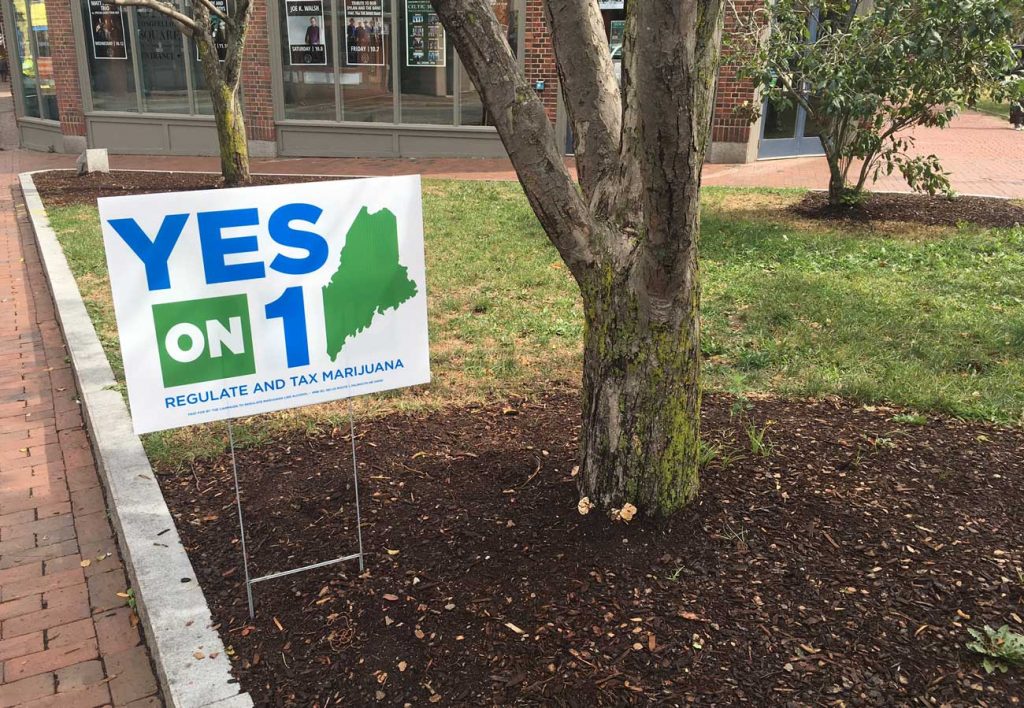 Don’t let a campaign sign sway you. Be informed before heading to the polls! -Photo by Tony Zeli

Do you want to add a 3% tax on individual Maine taxable income above $200,000 to create a state fund that would provide direct support for student learning in kindergarten through 12th grade public education?

Do you want to require background checks prior to the sale or transfer of firearms between individuals not licensed as firearms dealers, with failure to do so punishable by law, and with some exceptions for family members, hunting, self-defense, lawful competitions, and shooting range activity? 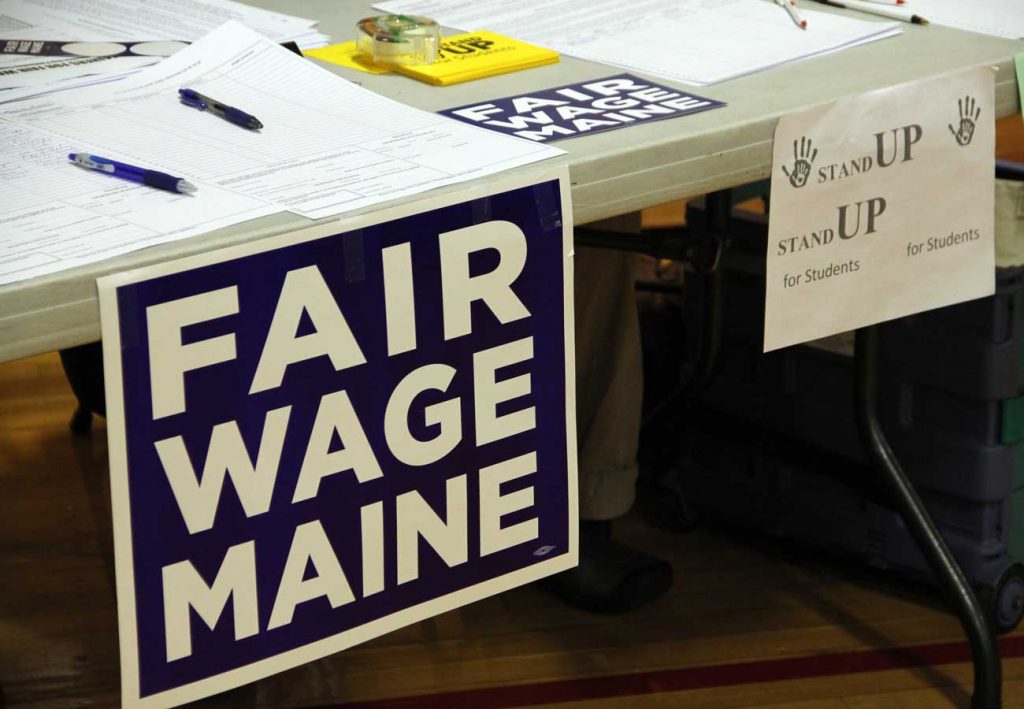 Signatures being gathered at the polls for the minimum wage and 3% tax to fund education referenda, November 2015. -Photo by Emilia Scheemaker

Do you want to allow voters to rank their choices of candidates in elections for U.S. Senate, Congress, Governor, State Senate, and State Representative, and to have ballots counted at the state level in multiple rounds in which last-place candidates are eliminated until a candidate wins by majority?

Do you favor a $100,000,000 bond issue for construction, reconstruction and rehabilitation of highways and bridges and for facilities, equipment and property acquisition related to ports, harbors, marine transportation, freight and passenger railroads, aviation, transit and bicycle and pedestrian trails, to be used to match an estimated $137,000,000 in federal and other funds?

Find the full text for all the referendum questions at maine.gov/sos/cec/elec/upcoming/.