Ray Richard retired at the end of last year after serving as one of the West End’s postal carriers for close to 30 years.

Ray’s motivation in taking the mail carrier civil service test was to find a good paying job with benefits to support his family. At the time, Ray was in his twenties, recently discharged from the Navy and married with three young children. The plan was to be a postal carrier until he finished his business degree in computer science. 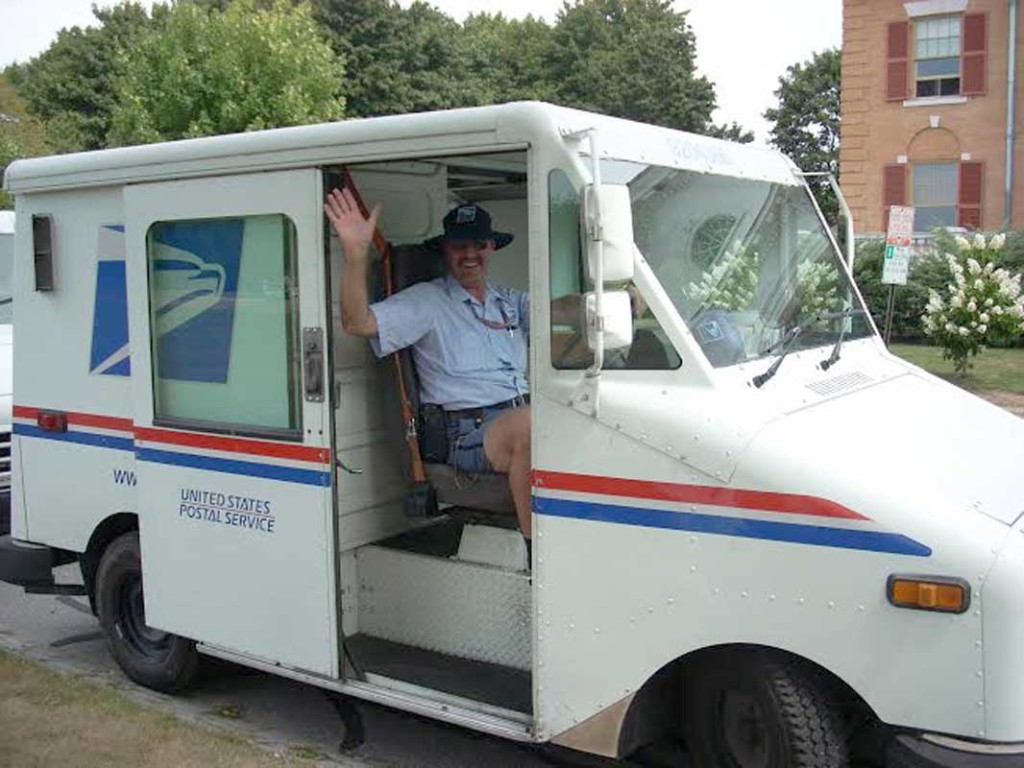 His first route was in Cape Elizabeth covering the days off for other carriers. He stayed with this position until he accrued enough seniority to bid on a postal route in the West End.

His first day in the West End was grueling. It was winter and freezing. Ray can laugh now, but that first day was rough. He learned a great deal about the ins and outs and alleys of the West End. It was dark and Ray was cold and tired when he finished.

Ray said, “I think he was impressed that I came back the next day. So was I, but I had to do it for my family.”

Ray credits Peter with teaching him the finer skills of being a letter carrier. Both knew delivering mail is not brain surgery, but Peter showed Ray that everyone is served better if you use common sense and get to know the people on your route.

Peter passed along the tip to use rubber bands at homes that had mail slots to prevent everything from scattering all over the floor. Also, remember when someone says they are going on vacation. Or notice when an elderly person does not seem to be at home. Ray had to call emergency and go to the hospital on more than one occasion.

When Ray started in the 80s, West End postal carriers did not have trucks. Carriers were dropped off at their route and expected to deliver the mail on foot, and then walk back to the Forest Avenue distribution center.

West End routes are challenging because of the density of the homes. They have double the stops than any other Portland zip code.

It might look like Ray was strolling the neighborhood… far from it. But you never knew it, because he always had time to say hello.

His replacement is Cathy Kroot, and she has Ray’s seal of approval.

When asked if he regrets never pursuing a career in business or computer science, Ray is quick to say, “Not at all.”

Favorite mail to deliver: Letters that look like college acceptances
Weirdest request: Help find my bees
Strangest encounter with a pet: Phil the pig head butting him as he tried to deliver mail to his owner
What do you miss most: The people on my route
What do you like most about retirement: I have Saturdays off!!!
Miles Ray walked daily delivering mail: 5

Editor’s Note: This article was updated on March 9th to correct the spelling of letter carrier Cathy Kroot’s name.