A new Coalition will host a public meeting on the housing crisis on Thurs. April 14 in Parkside 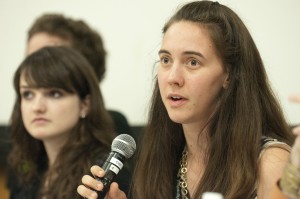 Several organizations including social service providers and advocates for the homeless and tenants’ rights will hold a public meeting on the housing crisis on Thursday, April 14th, at 6:00 p.m. at the Parkside Neighborhood Center (85 Grant Street).

Residents affected by the dramatic increase in housing costs and recent headline making evictions are invited to share their stories and propose solutions. Organizers say they have invited City Councilors and City Staff to attend.

Meanwhile, on Wednesday, April 13th, the newly formed City Housing Committee is hosting a forum for neighborhood associations to share their concerns on the housing crisis from 5:30 to 7:30 p.m., at King Middle School (92 Deering Avenue). The public will not be given an opportunity to speak at this meeting hosted by the City, but representatives from the City’s many neighborhood associations will be given an opportunity to share their insights.

The Portland Coalition for Housing Justice has called on the City Council to enact several emergency measures to mitigate what they call the eviction and gentrification crisis. In a press release, the Coalition outlined their policy proposals: