In  a coup d’état for Mayor Ethan Strimling, two progressive and diverse newcomers unseated incumbent Portland City Council members. Mayor Strimling has had public differences with the Council majority on issues from budget priorities to the housing crisis.

In a rare move, the sitting Mayor endorsed Pious Ali in his At-large Council race against incumbent Jon Hinck. Pious Ali is now the first African-born Muslim elected to Portland’s City Council. He used a large campaign chest of over $20,000 to win 63% to Jon Hinck’s 20% in unofficial City results. Also in the race, homeless advocate Matthew Coffee took 17% of the vote. 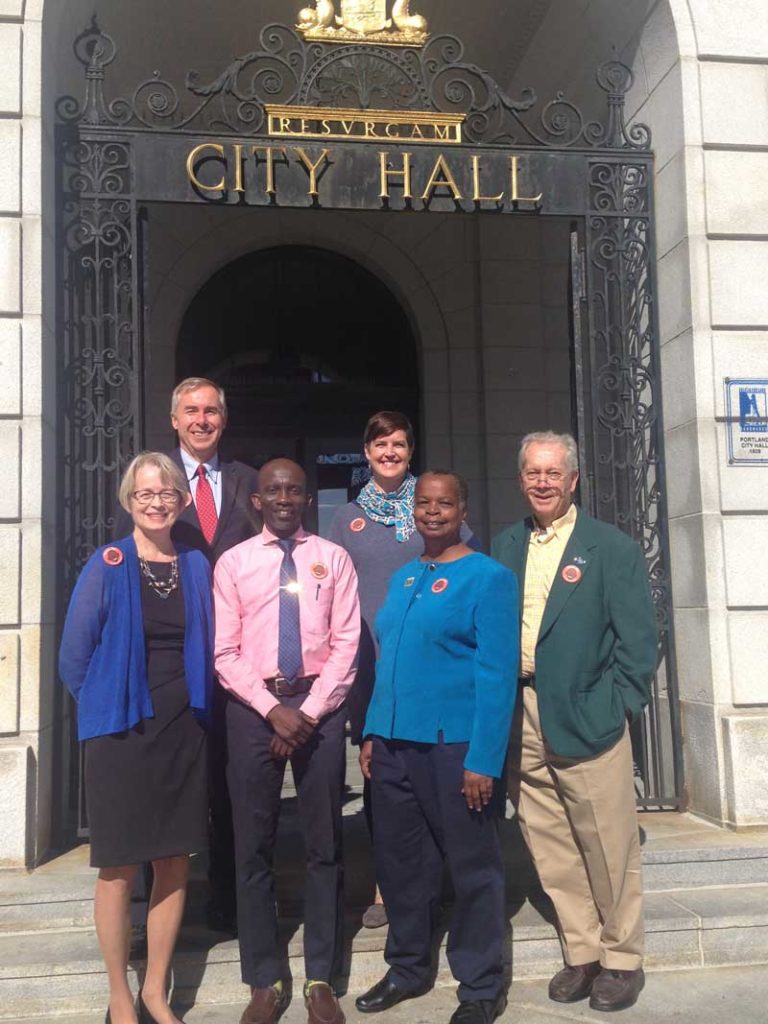 Ed Suslovic lost his District 3 Portland City Council seat after having served nine of the last eleven years.* Ed Suslovic did not run a very visible campaign and Brain Batson toppled him with 53 percent of the vote to 47 percent, per unofficial results from the City. District 3 covers the Libbytown, Nathan Clifford, Rosemont, Stroudwater and Woodfords neighborhoods.

Ed Suslovic is perhaps best known for his vote in the Maine State Pier debacle. In 2007, two developers released competing bids to build hotels on the state pier. Councilor Suslovic was the deciding vote against Ocean Properties. This developer was favored by the Democratic majority on the Council. Ocean’s leaders read like a who’s-who of Maine Democrats, including a former governor’s brother, Bob Baldacci, and Senator George Mitchell. Rival developer Olympia Companies won the bid with the support of Councilor Suslovic. However, after the 2008 recession Olympia was unable to follow through with their project. In the end, neither developer implemented their plans for the pier.

Brian Batson is a nurse at Maine Medical Center. The fight to save India Street public health clinic from closing inspired Brian to run for Portland City Council. Ed Suslovic supported the closing.

Statement from the Mayor

Mayor Ethan Strimling released a public statement following the election. He stated in part, “I’d like to offer my heartfelt congratulations to Pious Ali and Brian Batson, newly elected to serve on the City Council. All of the candidates in both campaigns served to inform the electorate, highlight the issues that Portlanders care about most, and shed light on the bold solutions needed to address them. I’m excited to roll up my sleeves with Councilors-elect Ali and Batson and continue to work toward a Portland that works for all of us. I also want to offer my thanks and appreciation to Councilors Suslovic and Hinck for their long service to Portland and for advancing many important causes relating to environmental, transportation, and public health issues.”

School Board Incumbents Do Well

In other races, two-term incumbent School Board member Laurie Davis defeated challenger Bill Linnell. Linnell challenged Davis based on her lack of supporter for a $70 million school bond. The bond would pay for renovations at Presumpscot, Longfellow, Lyseth, and Reiche elementary schools. Laurie Davis took 51% to Linnell’s 49% in unofficial results.

Incumbent At-large chool Board member Anna Trevorrow won reelection in an unchallenged race. Also elected At-large was Roberto Rodriguez, a physical therapist assistant. There were two seats available and only the two candidates.

For all the local results, visit portlandmaine.gov/DocumentCenter/View/14491.

*By way of correction, Ed Suslovic served nine of the last eleven years, not the entire eleven years as reported previously. In 2008, Councilor Suslovic lost his seat to Dory Waxman in a four-way race. Later, he returned to the Council and served from 2010-2016. (Updated 11/10/2016)