Fifty-two year old Steven Ricci was released from jail on June 29th. He is known by Police as a repeat offender. He will reside at 915 Brighton Avenue. 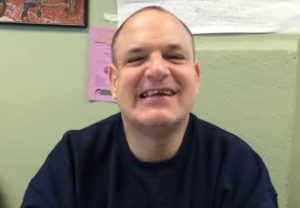 Steven Ricci had been incarcerated for probation violation. He has an extensive criminal history that includes indecent conduct, assaultive criminal behavior, violating conditions of release, and stalking behaviors dating to the 1990’s.

Because he is considered a high risk to reoffend, the police department is alerting the public to his release and several conditions he must follow.

Mr. Ricci remains on probation and is being closely supervised. He is required to wear a GPS electronic monitoring device at all times and he has a curfew from 8:30 p.m. to 6:00 a.m.

Mr. Ricci has a physical disability that causes him to walk with a distinctive gait.

Maine law does not require Ricci to register as a sex offender. The Police believe that the circumstances and patterns of his violations warrant a community notification. This information is intended for public safety and community awareness purposes only. Use of this information to threaten, intimidate, or harass Steven Ricci may result in criminal prosecution.

On the morning of June 22nd at 5:20 a.m., the body of 23 year-old Matthew Foster of Scarborough was recovered from Portland Harbor.

Witnesses observed the body in the water in an area between Union Wharf and Widgery Wharf. The Portland Fire Department recovered and transported the body to the Office of the Chief Medical Examiner. The Medical Examiner will investigate the cause and manner of death.

Foster was last seen in the Old Port on Friday, June 10th. Video showed him in the Oasis bar on Wharf Street just before midnight. He was expected to meet friends later in the night and never arrived.

At least 15 different cars were reported as having tires punctured or slashed at the Casco Bay Parking Garage over a three day period in late June. Police reviewed video surveillance from cameras within the garage and identified a suspect.

Portland resident Dejuan Marquese Graham, 40 years old, was arrested at 1 p.m. on June 21st on Marginal Way. Graham was located at his residence and taken into custody. He was transported to the Cumberland County Jail and charged with Aggravated Criminal Mischief a class C offense.

Police urge any others who may have had their vehicle damaged in the Casco Bay Parking Garage around the time of June 21st to report it to Detective Barry Cushman at 207-874-8585.

Fire Investigators worked late into the night on June 14th. They shifted through the debris of a three-alarm fire at 15-17 Sherman Street to determine the origin and cause of the blaze.

The fire started shortly before 5:15 p.m. when the first call came in. The fire started accidently on a second floor rear porch due to improperly discarded smoking materials. It spread quickly thanks to high winds. The fire blew into the apartment building through a door and window advancing further and further into the interior. Much of the second and third floors were severely damaged.

There were no injuries as a result of the fire. The Red Cross is assisting 14 of the 16 residents that were displaced with a temporary place to stay. The two other residents were able to make arrangements with family or friends.