State Representative Ben Chipman is leaving his seat to pursue a State Senate campaign (see April issue’s “Democratic Primary for Alfond’s Seat). Three Democrats have filed to run for the open State House District 40 that represents Bayside, Parkside, and parts of the Back Cove and Oakdale neighborhoods. 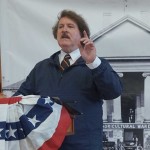 The primary election is on Tuesday, June 14th. The District 40 Republican and Green Independent candidates are running unopposed for their respective primaries.

Former State Representative Herb Adams is seeking to reclaim the seat he once held from 2002 to 2010, when term limits prevented him from running. Adams is a co-founder of the Parkside Neighborhood Association.

“I don’t have a super-PAC. I don’t even have a mini-PAC,” says Herb Adams. “What I have is the belief that Maine’s working and middle class are the backbone of Maine, and that the bluster from Augusta  — and a proposed  $23 million cut in  school funding — do nothing to help any of us succeed.” 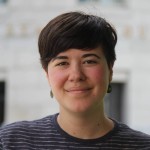 Anna Kellar, a Parkside resident and progressive community organizer joins the hunt for the Parkside House District. Over the last year, she worked for Maine Citizen’s for Clean Elections on the effort to strengthen Maine’s public campaign finance law.

“Everyone should have their voice heard in Augusta,” said Kellar. “This is why I fought to reduce the influence of special interests in our government, so that those with money and privilege can’t drown out their fellow citizens. Now I’m running to ensure the people of this district have a voice on the issues that affect them.” 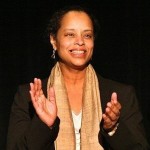 Rachel Talbot Ross is a ninth-generation Mainer of African American descent and the proud mother of one son. For the past two decades, she has been a public servant working for the City of Portland and has both founded and led several volunteer-driven organizations, including the NAACP Portland Branch.

Rachel believes she is uniquely positioned to serve as an effective advocate in Augusta for Maine House District 40.