Old Port thefts trigger warning to local businesses. Police say be on the look out for the perpetrator. He enters store, creates a distraction and robs customers and workers. 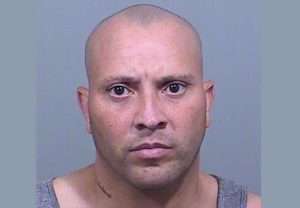 Floyd Lee Sinclair, 40, of Portland, has been charged with multiple thefts in the Old Port. He is charged with five felony thefts in total due to prior theft convictions.

Sinclair targets shops and businesses. Upon entering he creates some type of distraction. Then he moves about the shop or business stealing cash, purses, and any thing that he can quickly convert to cash.

Police would like to warn local businesses of Sinclair’s methods and description. He is believed to be a high risk to continue committing Old Port thefts when released from jail.

He is 5 feet 10” tall and weighs 190 lbs. If you see him in your office or business please be on alert. He may be targeting your business or employees’ personal belongings.

At about 1:45 p.m. on July 16th the Police responded to a serious motor vehicle accident involving a bicyclist and a 2003 Chevy Malibu sedan. The accident occurred at the intersection of State Street and Cumberland Avenue.

The bicyclist, 23 year old Devon Pease of Portland, was traveling north on State Street, against traffic. He struck the driver’s side of the Chevy Malibu, operated by 45 year old Idhle Gambale, also of Portland.

Mr. Pease was transported to Maine Medical Center for treatment. His injuries were not life threatening.

Mr. Gambale was not injured in the accident.

State Street was closed for approximately 90 minutes. The incident is under investigation. As of print no charges have been announced.

Kelly O’Rourke, 51, of Scarborough has been arrested for Violation of Conditional Release after he had contact with the victim of an alleged sex crime.

He was taken into custody on July 20th at 12:15 a.m. in Scarborough. O’Rourke was on bail. His location was electronically monitored by GPS.

O’Rourke is alleged to have followed the victim into Portland and made contact with her. The victim reported the contact as did the GPS monitoring firm. The victim was not physically injured during the incident. O’Rourke fled the scene. He was located in Scarborough and arrested.

O’Rourke had been free on bail from his arrest on June 30th on a charge of Gross Sexual Assault class C.