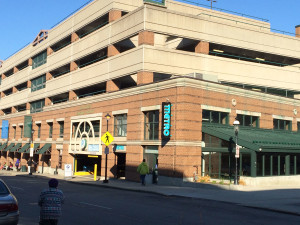 The level II charger can charge a vehicle in four to five hours, as compared to home style chargers that plug-in to any 110-volt outlet, and take approximately 12 hours for a full charge.

The City’s new Nissan Leaf is being used by the Inspections Division and will be shared among other employees conducting city business to encourage use. The City was awarded a grant from Central Maine Power that funds half of the Leaf’s two-year lease.

Use of the Leaf allows the City to pilot electric vehicles, diversify its vehicle fleet, realize economic and environmental benefits, offer a public charging station, raise awareness and encourage further adoption of plug-in vehicles, and further its commitment to sustainable transportation options.