On the third Friday in September Portland joins cities around the globe in transforming on-street parking spaces into temporary public parks and other social spaces, as part of an annual event called PARK(ing) Day.

Invented in 2005 by Rebar, a San Francisco-based art and design studio, the goal of PARK(ing) Day is to get people to think about the way streets are used and promote discussion around the need for changes to urban infrastructure.

PARK(ing) Day is an open-source project initiated by Rebar, but built by independent groups around the globe. 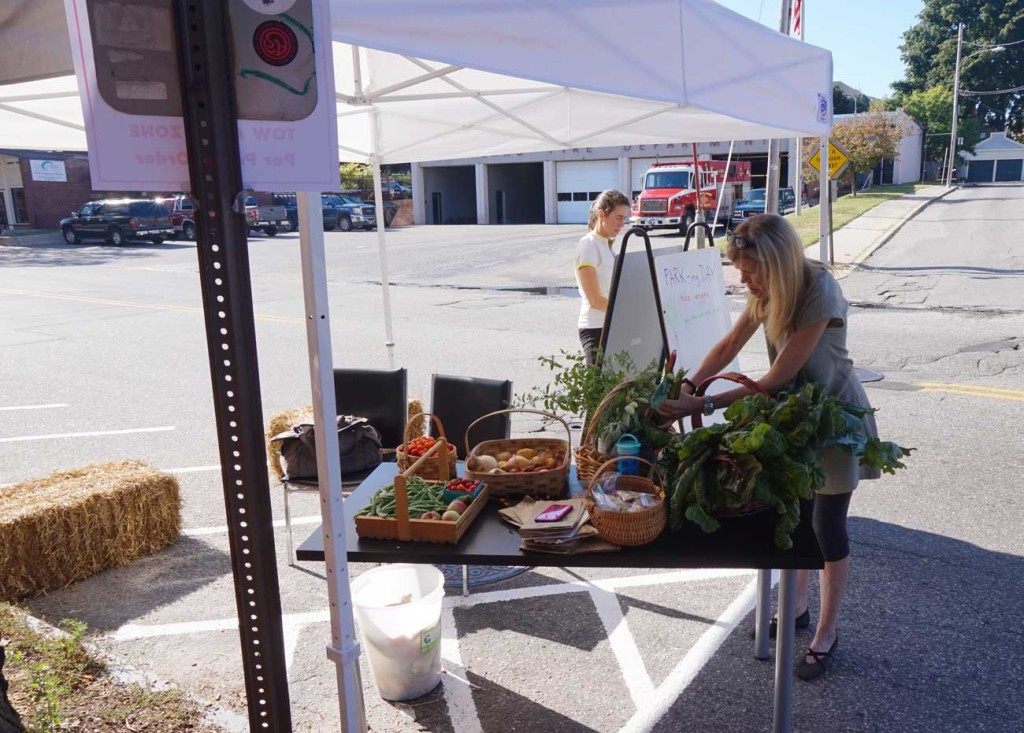 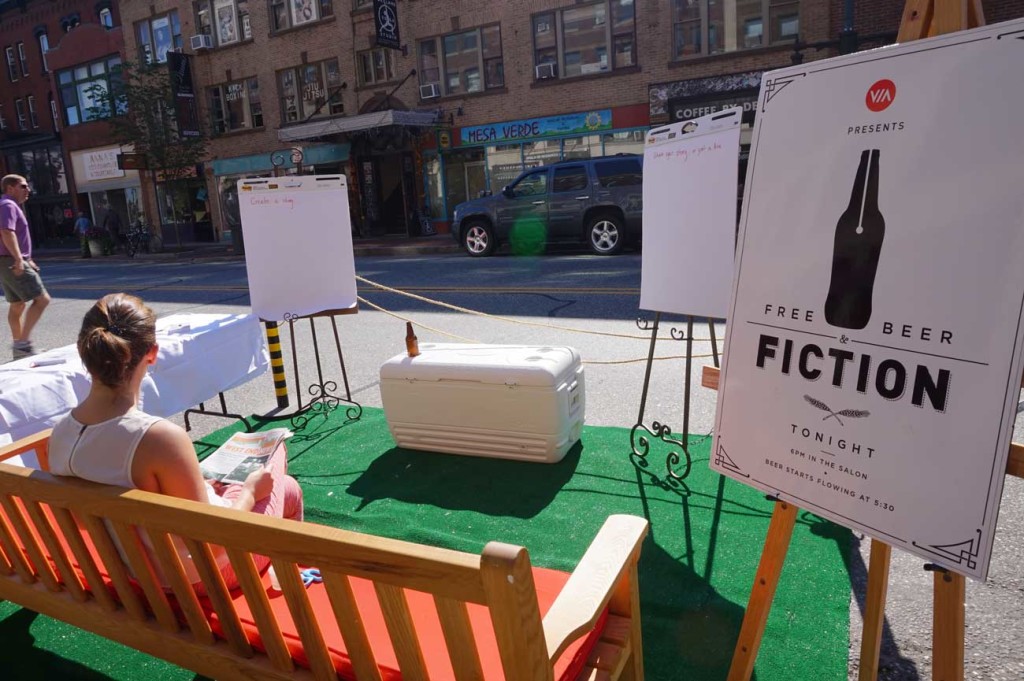 VIA Agency shares rootbeer in exchange for a bit of fiction for PARK(ing) Day.

Two Portland groups that are participating this year are the VIA Agency, setting up a Free (Root) Beer & Fiction space, and Peloton Labs, creating a Farm Share space.

VIA organizes a monthly creative writing and speaking workshop called Free Beer & Fiction. Three VIA workers are chosen to write a short story based on a pre-determined topic. The only rule is the story must be read aloud in less than 20 minutes.

For PARK(ing) Day, VIA is transforming a metered parking spot in front of their office located at the Baxter Library building. Anyone who passes by is invited to share some words of fiction on a flip chart in exchange for a root beer.

Peloton Labs is a coworking space at Bramhall Square. Members of Peloton Labs are sharing their own grown garden veggies where there are normally motorcycle parking spots.

These Portlanders are joining groups from 160 cities around the world by participating in PARK(ing) Day.