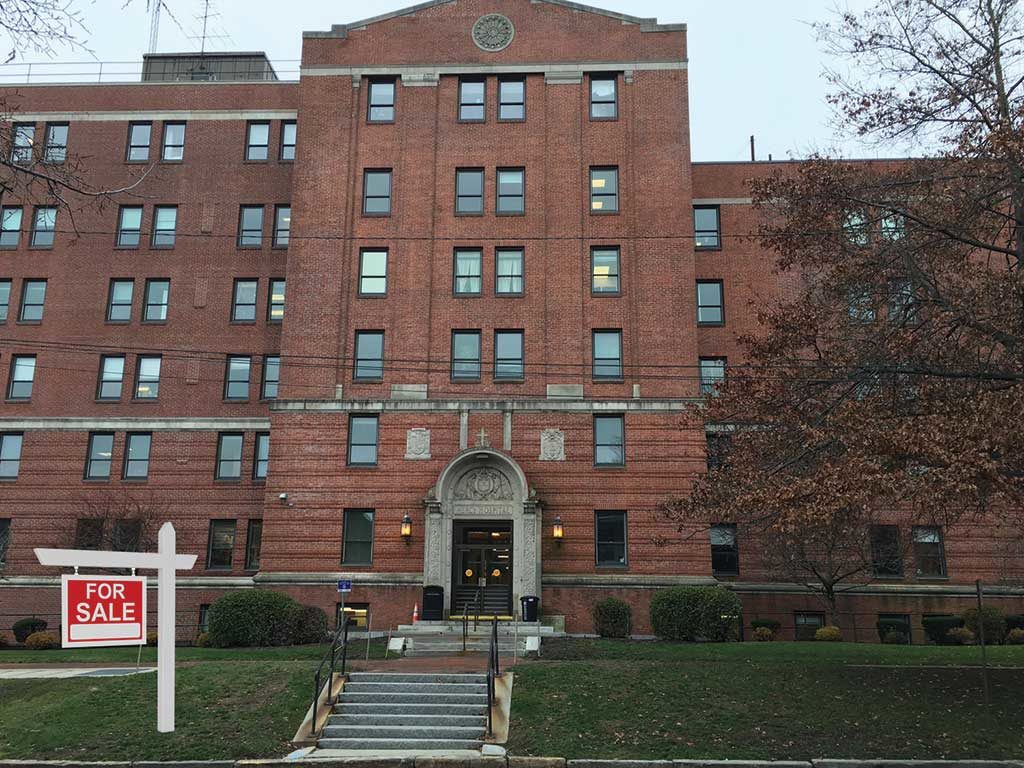 While there isn’t exactly a for sale sign out front, Mercy Hospital is seeking a buyer for their State Street campus. Editor Tony Zeli learned more about the lengthy process in an interview with Mercy President Charlie Therrien.

Though it is not inaccurate to say that the behemoth hospital building on State Street is up for sale, Mercy President Charlie Therrien says this process is a lot different than a typical brokered sale.

A request for information and proposal for purchase was released in July. In the RFI/RFP there is no scoring system. Nor are there exact criteria for proposals. Instead, interested parties find just details on the property and the seller’s aspiration “to bring new life and purpose to this community treasure.”

Therrien says Mercy is looking for creative ideas and opportunities to best use the facility after their operations have consolidated to Mercy Fore River Campus.

The property is located within the West End historic district. For sale are: the hospital at 144 State Street (approximately 2.5 acres, 6 floors, and 251,000 square feet), an adjacent Mercy parking lot (1.03 acres), and Morrison House, a historic two-story house at 148 State Street.

After the release of the RFI/RFP, Mercy held mandatory walkthroughs in August and September. Therrien says there was good attendance at the walkthroughs, but who attended must remain confidential for now.

Curt Sachs, a West End resident and retired architect with 35 years of experience in healthcare facility planning and design, attended the September walkthrough with about 40 others. He saw hotel, affordable housing, and other local developers. Sachs shared his own RFP/RFI response with the West End News, but it is unknown who else has submitted responses or the content of those responses.

For his part, Sachs believes the State Street hospital is ready-made to be a homeless shelter with transitional housing, a full range of social and health services, and a walk-in clinic. But he admits he has no financial partners. He has spoken with Portland city councilors and staff who shared no interest. 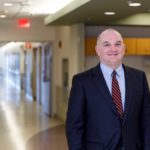 Charlie Therrien did not speak about any specific proposals or developers of notice. But he admits it is possible that Mercy will not like any proposal. And given that the sale of State Street is one of three primary funding sources for the Fore River expansion (along with a $20 million capital campaign and financing), an unfunded proposal like Curt Sachs’ is more than a long shot.

In general, Therrien says, “We can’t give State Street away. I would love to give it to community, but we can’t. In order to continue our mission, we need to maximize the value out of there.”

Will Mercy maintain a presence?

Mercy desires to stay in the West End. As such, projects that fit well with Mercy maintaining some health care services at State Street will be looked at strongly. “West End is important to us…. It’s especially important for the Sisters of Mercy and their legacy,” says Therrien.

If things go well, there will be multiple options for Mercy. In that case, Therrien says the community can anticipate more opportunities to weigh in. The time for that could be as soon as November. But, Therrien says, the decision lies with Mercy.

The impetus for selling State Street is campus consolidation. Known over the years as Fore River Phase II, the hospital will expand at the newer Fore River location and the two campuses will consolidate. Charlie Therrien says a construction date won’t be set for another year. Then expect a two-year construction project before State Street closes.