Mako Bates, an organizer for the local ballot initiative to create a $15 minimum wage in Portland, announced on Tuesday that he is running for City Council in District 2 (West End, Parkside, St. John Valley and Oakdale neighborhoods). Mako since withdrew from the campaign by not turning in any qualifying signatures and will not be on the November ballot. 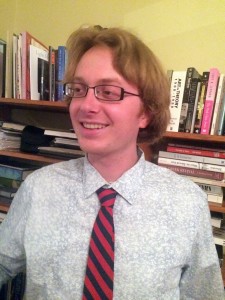 Mako was the primary author of the Ordinance Toward a Living Wage which will be on the ballot this November. He has lived in Oakdale and the West End since 2008. He graduated from the University of Southern Maine with degrees in sociology and electrical engineering. While at USM he helped the Student Government
manage a half-million dollar budget and founded a community garden on the Portland Campus.

Siting his experience in the USM student government, Mako stated that he could help the City in its struggle to maintain critical staff. Superintendents, City Managers and other key staff have turned-over quickly in the recent past, often holding positions for three years or less.

Mako is Secretary of the Portland Green Independent Committee.

Democrat Spencer Thibodeau, a young real estate attorney who lives in Oakdale, announced his campaign for District 2 in May. Later in the summer, software engineer Rob Korobkin and small business owner Wells Lyons also jumped into the race.

Incumbent City Councilor Dave Marshall announced in an exclusive interview with the West End News that he will not seek reelection.

All candidates will have to collect 75 signatures from voters living in district to qualify for the November ballot. Signatures are due in August.