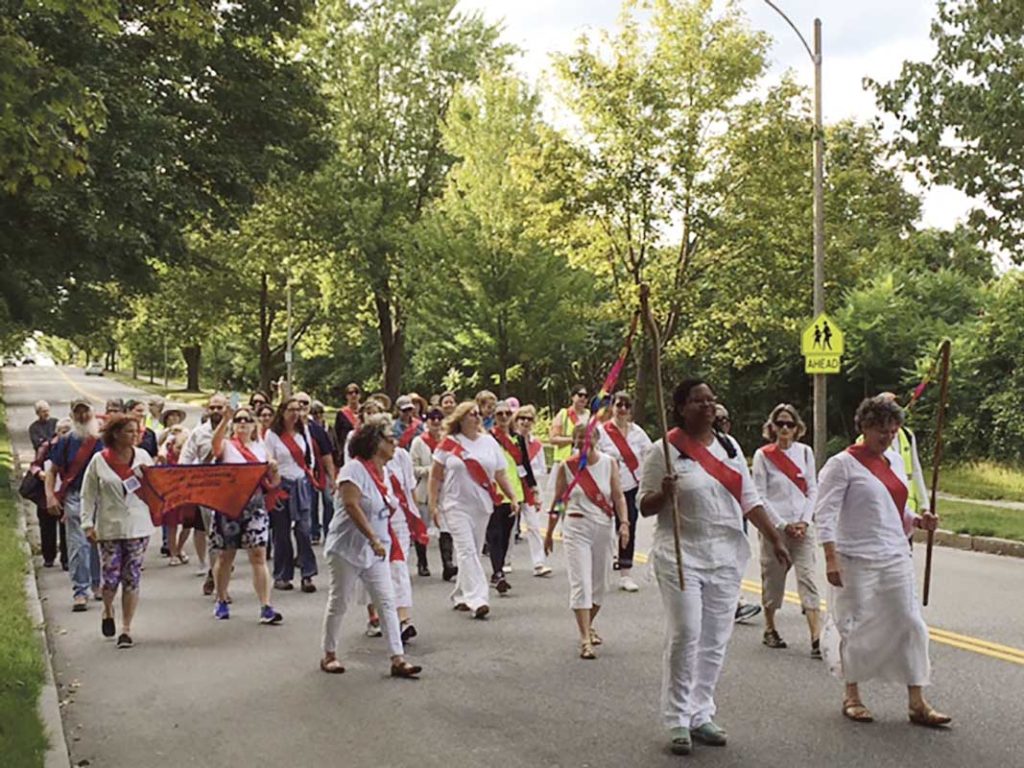 March Forth Maine held a Women’s Equality March on the Eastern Promenade on Saturday, Aug. 26 | Photo by Nancy Dorrans

Resistance is by definition, “the refusal to accept or comply with something; the attempt to prevent something by action or argument. Secondly, resistance is the ability not to be affected by something, especially adversely.”

In the wake of the catastrophe in Charlottesville, it is difficult to not hear a heartfelt response from our President.  However, in the spirit of “not being affected adversely,” I prefer to embrace the Tweet from Barack Obama on Aug 12th. He quoted Nelson Mandela: 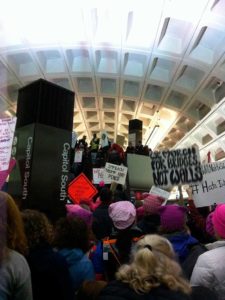 Throngs of protesters, including some from Maine, make their way out of the subway. They are headed to the Women’s March on DC, January 21, 2017. |Photo by Jean Murachanian

Plenty of Mainers are rising in action, refusing to accept, attempting to prevent something by action and argument.  March Forth Maine is an organization formed by a group of women who attended the Women’s March on Washington on January 21, 2017. These women met on the Adventure Marketplace bus tour that I organized as the “less stressful, more civilized” way to get to the March. We spent two nights in hotels. One night in Baltimore on the way there, and another night at the Empire Hotel in Asbury Park on the Jersey Shore afterwards.

The following morning, the ocean along Asbury Park was calm. We had the chance to walk the shore, calm down and reflect on the experiences of the day before. And we looked ahead to what we could do to make a difference.

Since January, the core group of March Forth women have been quite active, vocal and resistant to the new administration. They are making a difference.

On April 15th, they hosted a Tax Day Rally at Portland City Hall. They demanded that President Trump release his taxes so that the public would know his potential conflicts of interest. Since, the group organized postcard campaigns to members of Congress, and made frequent visits to Susan Collins’ office in Portland. They traveled to Lewiston to support activities in District Two. Also, hey attended Standing up for Racial Justice events, and “A Seat at the Table,” an event where you sit with people you don’t know and discuss issues. They visited the statehouse several times and provided testimonies in public hearings on education, immigrant rights, solar energy, health care and equality. 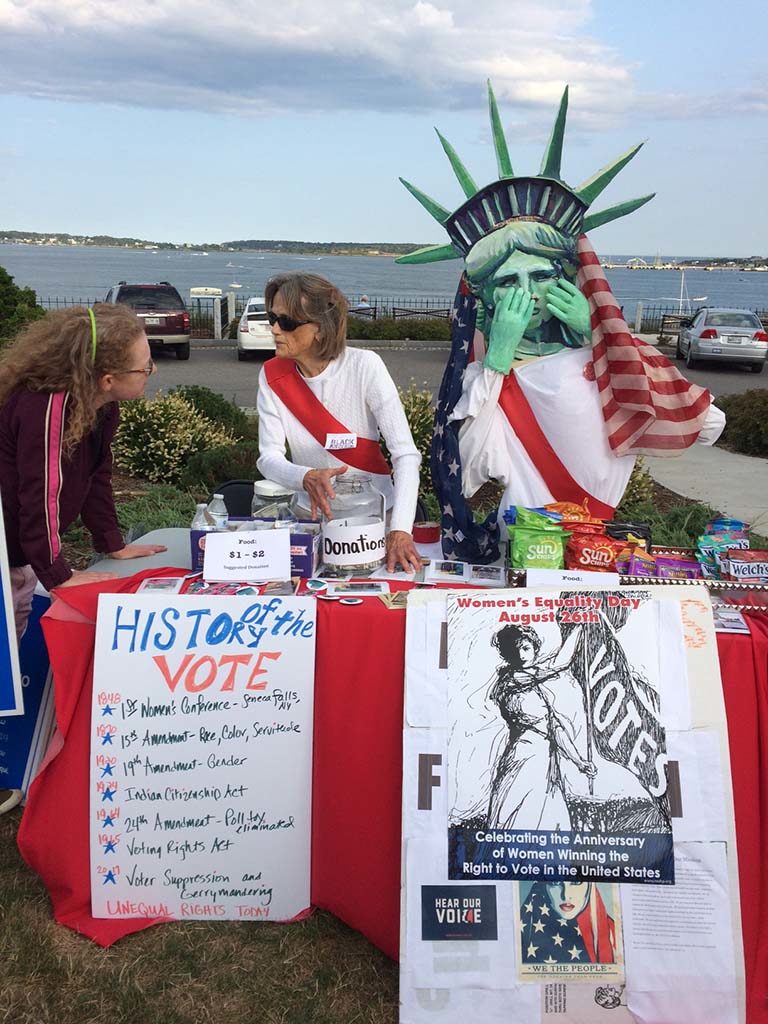 Equality March at the Eastern Prom on Aug 26. | Photo by Nancy Dorrans

Daily, they amplify calls to action through their Twitter and Facebook accounts. Earlier this summer, they hosted a table at the Portland Festival of Nations. Most recently, they organized two rallies in Portland in response to the Charlottesville tragedy. Also, they continue to sell signs to area shops, friends and neighbors that say in several languages:

No matter where you are from, we’re glad you’re our neighbor.

I spoke with Jennifer Jones, Core member of March Forth, as she was preparing to head to Boston to “peace out” at the Free Speech Rally on August 19th.

“March Forth successes include aligning with other resistance groups all across the state, such as Suit-up Maine, Mainers for Accountability, Resist Central Maine and Women’s March on Washington Maine. As well as organizing rapid response teams to set up a protest in the event President Trump fires Special Counsel Robert Mueller. The more pressure we put on our senators and members of congress through phone calls and protests, the more successful we are in resisting this current agenda,” Jones told me. 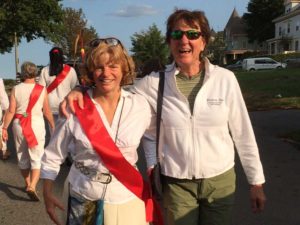 Nancy Dorrans with Linda Bradshaw of Lincoln, NH, at the Women’s Equality March on the Eastern Promenade, August 26th.

I’m proud of the work that the women of March Forth Maine have done and continue to do.

In addition to the Women’s Equality March on August 26th, March Forth’s next big initiative is  a yearlong film series starting in August to be held the fourth Tuesday of every month, with few exceptions. The series will be shown at the Maine Irish Heritage Center on Gray Street in Portland.

For more information and to be involved email Marchforthmaine@gmail.com.

Wherever you are remember what Nelson said.

“love comes more naturally to the human heart than its opposite”

We are and have good people all around us. I stand with them!  #StanduptoHatewithLove