Baxter Academy for Technology and Science’s rookie First Robotics team, the Outliers, qualified for World Competition while competing in the New England Championship held last weekend in Worcester, Mass. The team travels next week to St. Louis to match its robot against robots from 600 teams from all over the world. 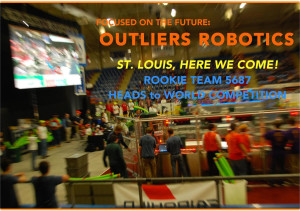 First Robotics is the premiere national robotics competition. The Outliers join five other Maine teams on the journey to St. Louis. This is an impressive showing for Maine teams, who must compete against other regional teams who have generous financial backing from companies such as Boeing, United Technologies, and Raytheon.

Team mentor Jonathan Amory, Baxter Academy’s engineering teacher, says, “This is doing more with less. We were going up against well-established teams. We are new and have almost no budget. So the team chose a simple but ingenious design that would put the least demand on the drive team and would require minimal maintenance.”

The Outliers team has been dubbed a “powerhouse rookie” for its robot’s ability to reliably stack storage bins topped by a recycling bin in First Robotics’ Recycle Rush season.

FIRST Robotics in Maine got a major boost two years ago when industry leaders here formed the Robotics Institute of Maine and made scholarships available for new teams to get involved. Without this investment, Baxter Academy would not have been able to field a team. 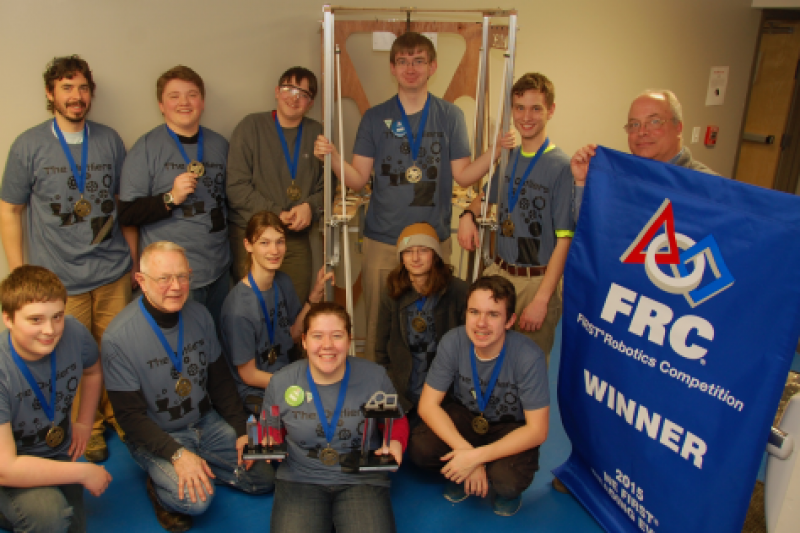 The students are also in the midst of trying to raise the $20,000 needed to support the trip to St. Louis and have created a crowdsourcing campaign:  http://www.gofundme.com/r9xs7g.

The team was fortunate to have generous support from experienced Maine teams. The Gardiner Iron Tigers provided encouragement, mentorship and parts during competition. The South Portland Riot Crew shared their practice field with local teams, including the Outliers.

The Outliers First Robotics team is open to all area students, regardless of whether they attend Baxter Academy. The team includes students from Baxter and Cheverus High School, where Parker Montano, the drive team captain, is a senior. Project manager for the Outliers is Baxter junior Erin Whitney, of South Portland. Captain of the pit crew is Tristram Howard, a Baxter junior from South Portland. Co-captains of programming are Baxter junior Ezra Thomas, of Auburn, and Baxter freshman Julian Bernard, of Portland.