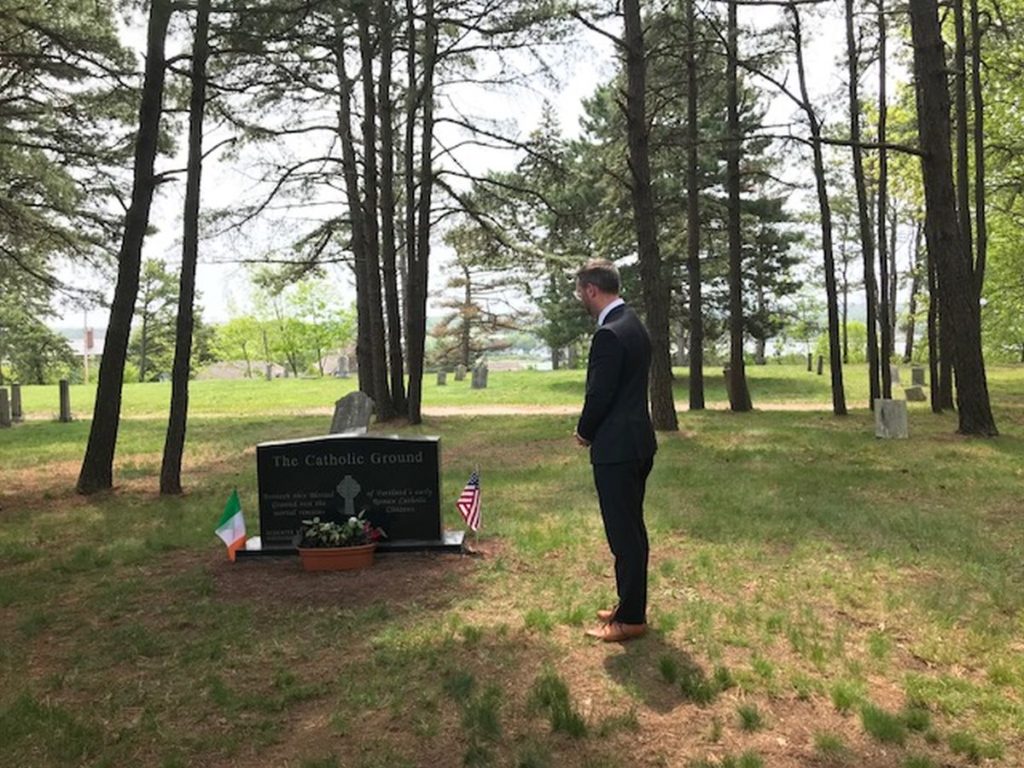 Late on the morning of Friday…

Late on the morning of Friday, May 25th, the 15th anniversary celebration of the Maine Irish Heritage Center began at the site of unmarked graves of Irish immigrants to Portland. Relegated to the far back slope of Portland’s Western Cemetery, there is now a memorial stone inscribed, “An Gorta Mór ~1845-1851 ~ Sacred to the memory of the Irish who perished during or fled hunger, disease, an artificial famine and oppressive laws during The Great Hunger in Ireland.” 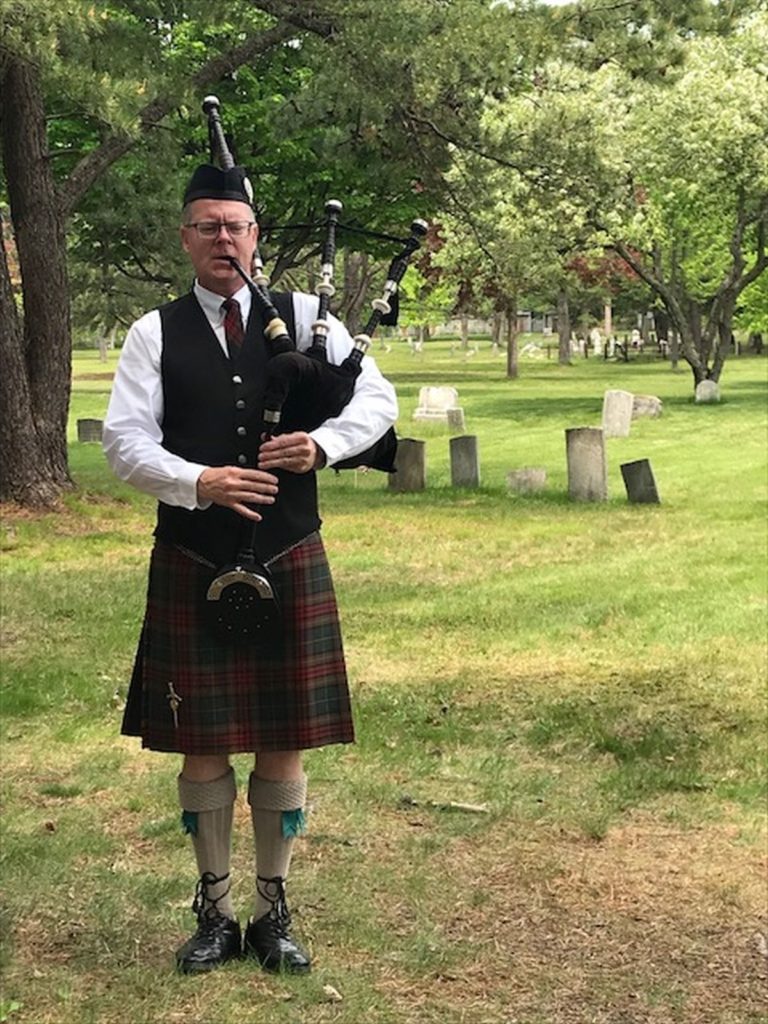 Tom Ryan from the Claddagh Mhor Pipe Band opened the ceremony, former state senator Margaret Craven said a prayer, and Shane Cahill, the newly appointed Ireland Consul General of New England, placed plants at the memorial and spoke about the vast connections between Ireland and the city of Portland and the history of “hard men and hard times.” 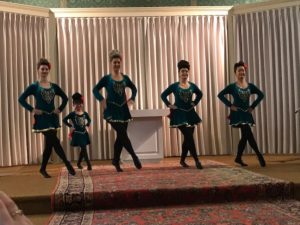 The celebration continued at the Maine Irish Heritage Center in the former Saint Dominic’s Church with a song from Colleen Raney of the Little Sea Folk Festival, dancers from Carlene Stillson School of Irish Dance, and a special appearance by Tony Reilly, cofounder and artistic director of American Irish Repertory Theater (AIRE).

Chellie Pingree and Senator Collins sent office staff members with their support and regards. Remarks from Senator Angus King and other dignitaries were followed by remarks from Consul General Cahill.

Senator King’s remarks were sincere and earnest. He admires the Irish people for their sense of humor, resilience, and positive outlook despite their history of famine and discrimination. He so eloquently said that save the original native people and those brought to North America against their will, America is based on an idea. The secret to our success is our ancestry, not the natural resources or other principles.

“We are the descendants of whacky risk takers!”

King noted as immigrants “we are the descendants of whacky risk takers!” He then quoted Abraham Lincoln’s “Mystic Chords of Memory.” 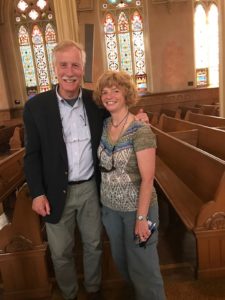 The mystic chords of memory, stretching from every battlefield and patriot grave to every living heart and hearthstone all over this broad land, will yet swell the chorus of the Union, when again touched, as surely they will be, by the better angels of our nature.” – Abraham Lincoln, March 4, 1861, from his first inaugural address

Resident Maine Irish Heritage Center historian and genealogist Matthew Jude Barker also attended the event and spoke briefly. He wrote the book “The Irish of Portland, Maine: A History of the Forest City Hibernians,” a meticulously researched book that covers the Irish-American experience in Portland, Maine. Complete with photographs!

For more information on the history of Irish in Maine and your own Irish Heritage, I recommend you visit the Maine Irish Heritage Center, who are conducting genealogy research. Consultation hours are Fridays 10 a.m. to 2 p.m. or by appointment. 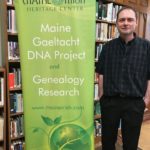 Many thanks to Anthony Zeli and the West End News for the invitation to cover this Maine Irish Heritage Center 15th year celebration. Such history and Irish pride in our Portland and so many distinguished speakers and entertainment! It was a special way to begin Memorial Day weekend.

“Go raibh maith agat a million.” Thanks a million!