Take a trip with Maine Festival Chorus to NYC!

Combining forces, they assembled an ensemble, “The Maine Festival Chorus” and headed south to the Big Apple for four days mid-April. It took a lot of organization, funding and practice. 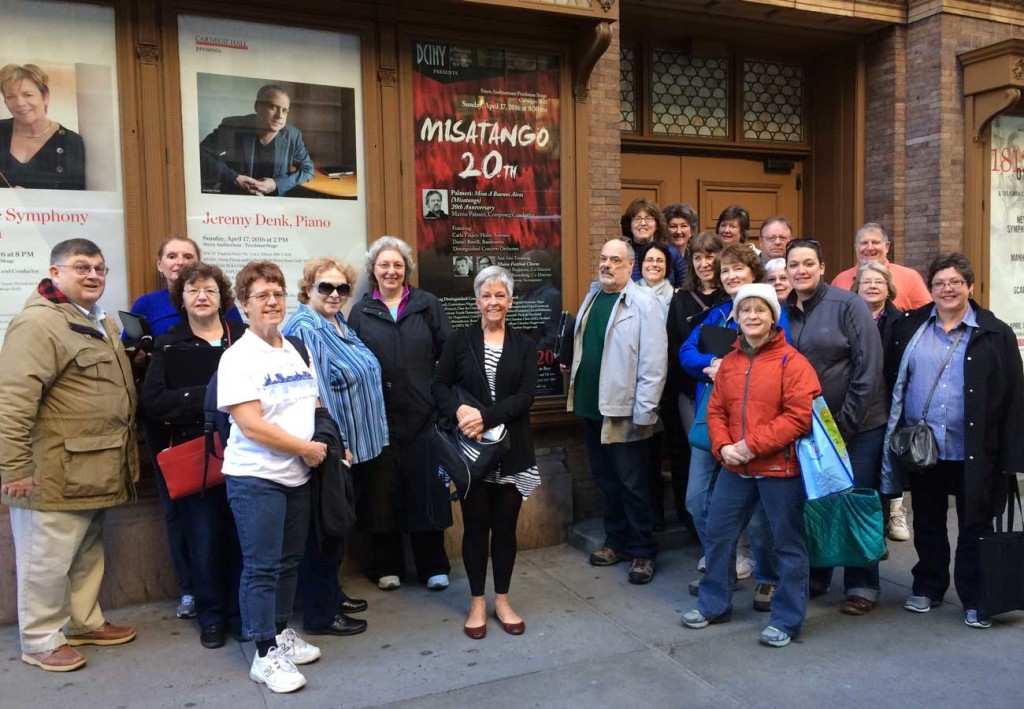 I was honored to be part of the planning process, organizing the travel arrangements for the Portland Community Chorus, arranging their transportation and lodging, guided tours and Metropolitan Opera and Broadway show tickets. The chorus members had daily rehearsals and a bit of free time to explore the city.

It was all leading up to what one member referred to as “an extraordinary experience,” the once in a lifetime opportunity to perform at Carnegie Hall, Sunday, April 17th.

Cathy Conroy, Portland Community Chorus member since 2000, took in all the Big Apple had to throw at her the few days prior to their performance. She attended the rehearsals and then hit the city streets and then some…

Strolling along the High Line — a public park built on a historic freight rail line elevated above the streets on Manhattan’s West Side — wandering through Chelsea Market, Central Park, St. Patrick’s Cathedral and across the Brooklyn Bridge.

Cathy stood in awe along with other members and friends of the chorus during a guided tour of the Ground Zero Memorial and St. Paul’s Chapel, the little chapel that sits opposite the World Trade Center site. St. Paul’s survived not only the Great New York fire of 1776, but also was spared on September 11th by what is now referred to as “the miracle sycamore tree” that protected the chapel from the falling debris.

Cathy ventured to the top of the Empire State Building and recalls, “Before sunset, seeing the city in the daylight far below, and then watching the sun slowly set into this most amazing display. What a beautiful sight… seeing that golden glow… reflecting on the buildings of lower Manhattan, especially the Freedom Tower — watching as it got darker and darker and seeing the city lights, first the tail lights of cars going down Fifth Avenue, then the lights on the floors and domes of the buildings start to shine and sparkle… Beautiful.”

Beautiful like the Broadway show she enjoyed with a dozen others, highlighting the life and music of legendary singer-songwriter Carole King. 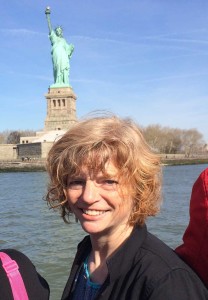 The energy of the chorus members was infectious. They had been practicing and looking forward to this adventure for over a year. On the evening of the performance, as all their energy, hard work and excitement was about to burst into song, there was a quiet pause when they walked onto the stage.

Cathy reflected  “…I remember clearly after we had filed onto the risers, for one to two minutes we were able to just stand quietly facing the audience prior to our directors coming on stage. We were there looking out at that famous auditorium where so much talent had gone before.”

“…balance was superb throughout, with a rich sound of middle and lower voices that are often covered by the higher ones. Diction and intonation were spotless. The Maine Festival Chorus is one of the best vocal ensembles I have heard, and I have heard many excellent ones. Congratulations to the singers, and to [Directors] Mr. Nickerson and Mr. Westerberg!

So that’s how it’s done…PRACTICE!

Hearing them sing is an experience I’ll not soon forget. To all the singers and the directors, I say, Bravo and thank you for letting me be a small part of your once in a lifetime event!

If you’d like to hear portions of the concert that was performed at Carnegie Hall in New York, the Portland Community Chorus annual Spring Concert is Friday, May 6th and Saturday, May 7th, at South Portland Auditorium. Visit www.portlandcommunitychorus.org.