Ahhh, November, another of those in-between months when you don’t really know what you should be doing. With the exception of cold frames, hoop houses and indoor windowsills, gardening is essentially over. Reliable snow and cold have yet to arrive, bringing the pleasures and chores of winter. 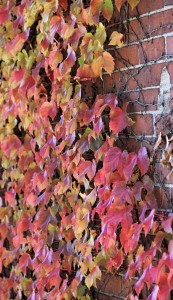 In the autumns of my youth, November was primarily known as hunting season, which dictated the activities of everyone in my small central-Maine town, not only those who actually hunted. Wondering how these mental meanderings relate to life in the West End?

In 1950 and again in 1952, nineteen hunters died in the woods after being shot. At that time much of the popular hunting clothing was made of red and black buffalo plaid wool. It wasn’t until the 1960s that blaze orange apparel became de rigeur. The orange cap became law in 1967, followed in the early 1970s by an expansion of required orange coverage to include a vest. These changes have helped greatly reduce accidental shooting and hunting deaths in the Maine woods. Why?

This leads us to the wilds of the West End. We’re all noticing the increasing darkness and, with the return of Eastern Standard Time, the effect is even more pronounced in the evenings when many West Enders are out and about.

Many people have a “safety first” motto, and yet hundreds of us wander around in the dark, whether on foot or by bike, wearing all black or dark blue clothing. Is this you?

Although some bicyclists have lights fore and aft, they are often too feeble and flickering to be noticed. Pedestrians can also be almost impossible to see, especially when a little rain or drizzle means windshield wipers are slapping back and forth impeding drivers’ vision even more.

Why put yourself in danger? Break out the blaze orange, hi-vis green, fluorescent yellow and day-glo pink — let the world know you’re there. Safety first!

Despite living in the heart of Portland, we still witness lots of nature’s displays while making our yearly trip around the sun. Among the most impressive are the changing habits and movements of birds. New calls, new diets, new behaviors, new arrivals and departures reflect the changing seasons.

One of the more curious phenomena is the formation of murders of crows that move around the city. 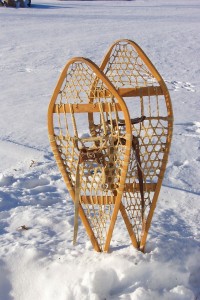 Sometimes dozens are arrayed along the eaves and ridgepoles of buildings on Neal Street near Congress, vigorously exchanging their corvid opinions. For reasons only they know, they abruptly explode into flight, cross the peninsula, stream down the slope beyond Danforth Street and fly over the river. You may also see them spending the night in the treetops between I-295 and the edge of Deering Oaks, stark and spooky on a moonless night, their ink-black shapes replacing the leaves that weeks before clung to the branches. Watch for this flash mob and be awestruck.

The final topic for this month’s column is snowshoes. If you’ve never been snowshoeing or haven’t gone for years, make a promise to yourself to get out there this winter. The great thing about it is you don’t have to go far. Once there’s a decent amount of the white stuff, get out of the house and strap on those Arctic thigh masters (did anyone ever really get thin thighs in thirty days?) Mush, you huskies!