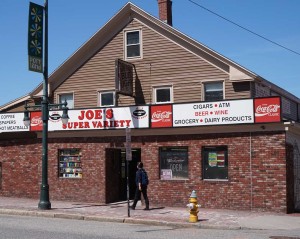 You said to share memories of Joe’s Smoke Shop. Well, this was definitely a great store and the sort that represents the old Portland as opposed to the new, exclusive, gentrified Disneyland Portland.

However, I have to share my memories too of talking to many people who were kicked out of Joe’s for nothing more than mere suspicion of shoplifting or because they looked low income.

Joe’s was a place that profiled people and kicked people out, sometimes rudely and forcefully, without proof of wrongdoing. (I was never harassed personally, but I know some who were and
who never stole a penny from anyone.)

So I hope that what comes next will be fair to all, even though increasingly Portland is a playground for the rich, very much in contrast to its working class roots. 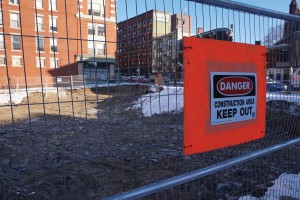 The former site of Joe’s will soon become 8 stories of residential housing with a new variety store at street level.

My memories of the humble brick Joe’s store, nonetheless, are mostly fond, and I miss both it and the unpretentious bygone culture (a la Anna’s Furniture across the street) that it represented. That Portland is now gone and may never be coming back.