On March 26th, a gaggle of Portland Green Party members gathered to present an affidavit and ordinance language to City Clerk Kathy Jones to initiate a referendum for a $15 per hour minimum wage. An affidavit signed by ten Portland voters is the first step in the petition process. 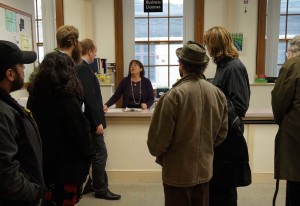 Over the next 80 days the Greens and their allies will strive to collect 1500 valid signatures from registered Portland voters. If successful, the question will be on the ballot this November.

Meanwhile, Mayor Michael Brennan is trying to get his own minimum wage ordinance passed through City Council. The Mayor’s policy initiative is to raise the minimum wage to $10.68 per hour.

The Mayor bumped into affidavit signers on their way into the Clerk’s office.

Another signer and fellow Green Party activist, Asher Platts, explained that part of the Greens’ motivation to move forward with the citizen initiative for a $15 minimum wage was to make the Mayor’s $10 ordinance seem moderate.

The Mayor did not agree with the tactic. 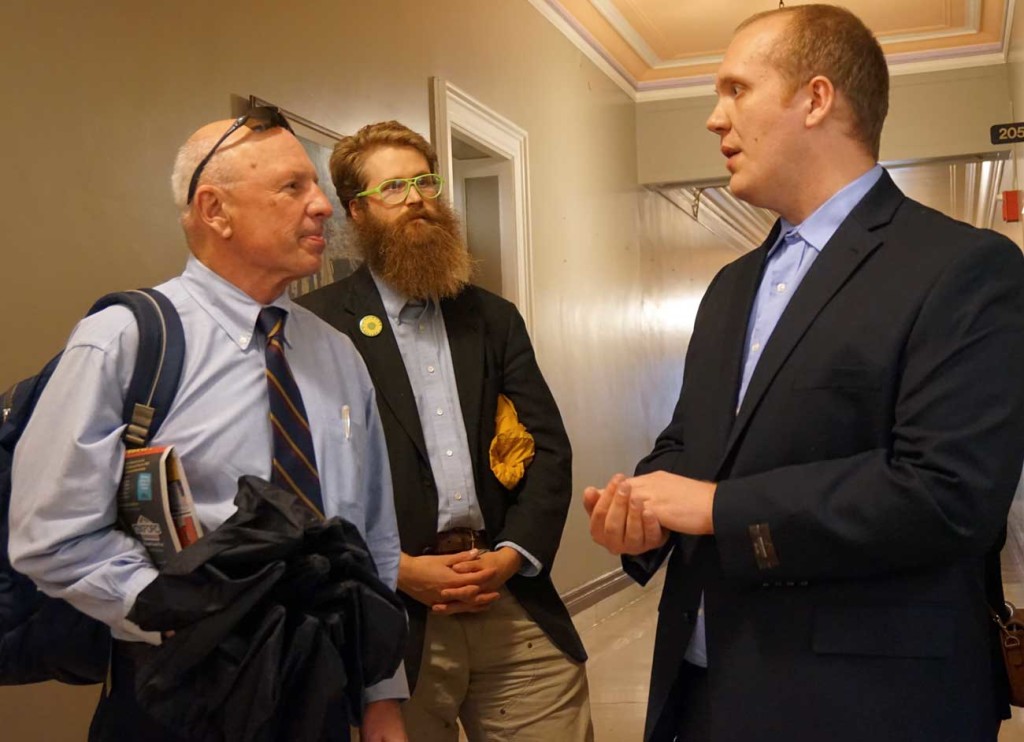 The citizen initiative would raise the wage more gradually for employers with less than 500 employees, going first to $10 in 2016, and not reaching $15/hr until 2019.

Also, the Greens’ citizen initiative, in contrast to the Mayor’s, contains language on enforcement of the minimum wage. Employees would issue complaints to the City Manager, who would have to investigate and respond within 15 “work” days. Fines of $100 per affected employee per day that a violation occurred could be imposed.

Petition gatherers will hit the streets in April.