So Many Food Choices

SO MANY FOOD CHOICES, SO MUCH WASTE 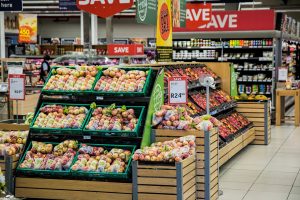 There is so much food waste. It’s not a new problem, but with increased food choices it does make one wonder how so many are still food insecure.

“There’s starving children in Europe/Asia/Africa who’d love to have a meal like this. You just sit there until that broccoli/liver/salad is gone and I don’t mind if it takes all night.”

How many of you have heard, or even given, that lecture? Ever heard or said, “It’s a sin to waste food?”

For countless generations, food procurement was a full-time occupation. Failure to find, ration and store food led to a grim fate. The Industrial Revolution and modern agriculture eliminated hunting and gathering for one’s dinner for most people. Patterns of food consumption became a matter of wealth and advertising.

In 1956, you could walk into your local A&P, IGA or Red & White and choose from hundreds of products. Fifty years later, a trip to Hannaford, Shaw’s or Whole Foods presents you with the mind-boggling task of selecting from food choices that number in the tens of thousands.

In 1956, thousands of American kids managed to survive on a diet consisting largely of grilled cheese sandwiches made with Velveeta and Wonder Bread (no panini press in sight). Campbell’s tomato soup and Kool-Aid rounded out the meal. The parents and grandparents of these kids had been through World Wars I and II and the Great Depression. Eating out (at least here in Maine) just didn’t happen in most families.

There were no celebrity chefs on the TVs, for those fortunate enough to have a TV.  This was a time when approaches to food were gourmet, gourmand, gluttony or pragmatic.

A friend of my husband’s recalls a time growing up in the 1950s in Washington County. He was staying for supper at a pal’s. The table was set. Everyone took their places and two candy bars were put on each plate. One for the main course and one for dessert. This was a meal of pure math — the most calories for the least money.

At the other end of the financial spectrum, one of my first jobs in the late 1960s was as a waitress at the Portland Country Club. One of their most popular salad choices was a wedge of iceberg lettuce topped with Thousand Island dressing. What? No arugula? No radicchio? 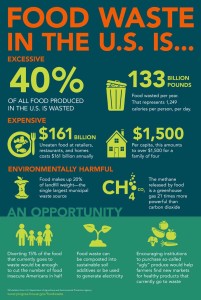 But enough nostalgia. Here we sit in 2016 there is an overwhelming amount of food choices to deal with. There are 20+ choices of salt on the supermarket shelves. We debate the relative merits of soy, almond, rice, coconut, oat, low-fat, lactose-free, non-pasteurized, bottled, carton or pouched milk. And yet, we still have kids, and adults, who are looking at those two candy bars for supper. How can this be? And how can we allow it to continue?

Living in Portland has become almost synonymous with being a foodie. Fresh! Local! Organic! The words for the day, but Maine still manages to have the highest degree of food insecurity in New England. How does this happen? And, more important, how can we fix this?

One contributor is food waste. I’ve had a plot at the Valley Street Community Garden for 11 years. The amount of food that is never harvested and left to rot is appalling.

People garden for many reasons. If your reason doesn’t include harvesting and eating what you grow, please give your crop to someone who wants it and will use it.

If everyone who can did more growing, more sharing and less wasting, it would be some real progress in alleviating the food inequality and access problems here in Maine.