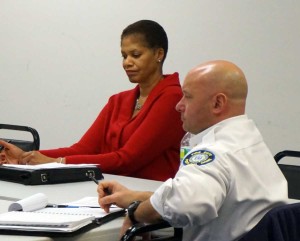 After the deadly fire on Noyes Street in November, the City Manager set up a task force to review fire and code inspections and enforcement. On Monday, January 5th, the task force entered its second phase of work, inviting representatives of landlords and tenants into the process. The public will be given an opportunity to comment to the task force in early February.

The first phase of work for the task force consisted of City staff from inspections and the fire department meeting with outside technical advisors. During this phase they determined a few possible courses of action, such as centralizing the complaint process in a new office, increasing public education efforts, enforcing the current landlord registry, and creating a “Fix-It Portland” website where complaints could be made and viewed by the public.

In the second phase, these ideas and others will be discussed by the full task force including landlord representatives and a tenant advocate from Pine Tree Legal, an organization that provides legal assistance to low-income people.

While solutions are still elusive, one thing is certain, neither City inspections nor the fire department currently have the resources to inspect the city’s 17,000 rental properties — 11,000 of which are located on the peninsula.

Currently there is only one inspector in the City that handles all complaints. There are two other inspectors that handle other types of inspections like new construction. The fire department is likewise far short of having enough staff to do more inspections.

Landlord representative Carl Winslow, of Southern Maine Landlord Association, noted the unlikeliness of the city ever having enough staff to inspect even a random selection of properties. As a solution he wondered if some high profile enforcement actions on negligent landlords and bad tenants would be an effective educational tool.

“It’s already in the works,” said Chief LaMoria, without giving any details.

The next task force meeting is scheduled for Monday, January 12th, at 2:30 p.m., in City Hall, Room 24. The date for a public hearing will be announced later this week.