Posts
Home News Briefs Neighborhood Notes First look at the draft pesticide ordinance. It might not be what you were hoping for…

First look at the draft pesticide ordinance. It might not be what you were hoping for… 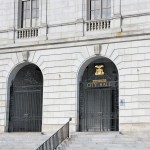 At their February 27th meeting, the Portland Pesticide and Fertilizer task force was faced with a decision about the group’s future. They had two options. Either the task force would request an extension from City Council to work beyond its March 1st deadline, or they agree to send a draft pesticide ordinance to the Sustainability and Transportation Committee. Ultimately, the task force went with the latter and approved in concept the fifth version of a draft ordinance.

What the draft ordinance would do

The approved draft restricts the use of synthetic and organic pesticides on public and private land for turf/lawn, parking lots and patios. The Riverside Municipal Golf Course and Haddlock Field are the only properties exempted from the ordinance.

A waiver would be required to use synthetic or organic pesticides on turf/lawn, driveways and patios. The narrow scope of the ordinance allows the public to adjust to a pesticide restriction that will over time come to include more plant life. The ordinance creates a Pesticide Oversight Committee that will report annually to the Council. This report is expected to provide recommendations as needed to improve the effectiveness and scope of the ordinance. Failure to comply with this ordinance is considered a civil infraction. The City Manager, or his appointee, will determine how to enforce the ordinance.

Reactions for and against from Task Force members 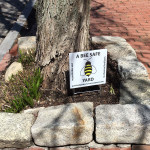 The vote to approve the draft ordinance was not unanimous. Avery Yale Kamilia, task force member and co-founder of the Portland Protectors, did not support the draft. In a statement to the West End News she expressed disappointment in the task force voting in support of an ordinance that only applies to turf, patios and parking lots.

“I can only hope the Sustainability and Transportation committee and the full council will do a better job listening and responding to resident concerns about cosmetic pesticide use,” said Avery.

During the nine months that the task force convened several different types of ordinances were considered. One proposal focused on maintaining the status quo (Integrated Pest Management, IPM). Another focused on an organic approach based on the South Portland ordinance (Organic Pest Management, OPM). And a third option represented a comprise between IPM and OPM. In the end, the task force decided to ignore management labels. Instead, they focused on the core of the Council’s charge. Specifically, to protect the health and safety of the its people, waterways and wildlife.

Deven Morrill, a task force member, professional applicator and member of the Board of Pesticide Control, felt the draft proposal demonstrated the common ground that exists between IPM and OPM. He is eager to see the Sustainability Committee and City Council engage in meaningful discussions, that includes public comment, on this complex topic.

Praise for the committee

“The task force wanted to present one report to the Sustainability Committee with no minority reports. Achieving this goal required a willingness to compromise and meet for much longer than they expected all in the name of making Portland a safer and better place,” Mavodones said. 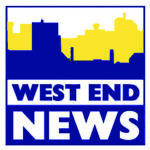 The Sustainability and Transportation Committee  will review the draft pesticide ordinance and possibly revise it before it goes before the City Council for a final vote. The task force optimistically looks to the fall for Portland’s pesticide ordinance to be finalized.

West End News will provide a link on its website to the final version of the draft ordinance. And the draft is scheduled to be on the City’s website sometime in March. Note that the paper is committed to keep readers informed about the progress of this ordinance. Look for future reports at the draft pesticide ordinance works its way through the Sustainability Committee to the City Council.