Posts
Home Featured Craft Brewing: Even for the Old-timers, It’s All About the New

Craft Brewing: Even for the Old-timers, It’s All About the New

To celebrate the craft brewers of Portland, we want to share their story. We reached out to many, but the summer is a busy time for brewers with tourists visiting from around the world. We did get to speak with a couple of the old-timers, Shipyard and Gearys, and their story is clear: It’s all about the new.

“It used to be, you were a PBR man, you were a Bud Guy, you were a Miller Guy.” says Bruce Elam, Trade Brewer at Shipyard Brewing Company. 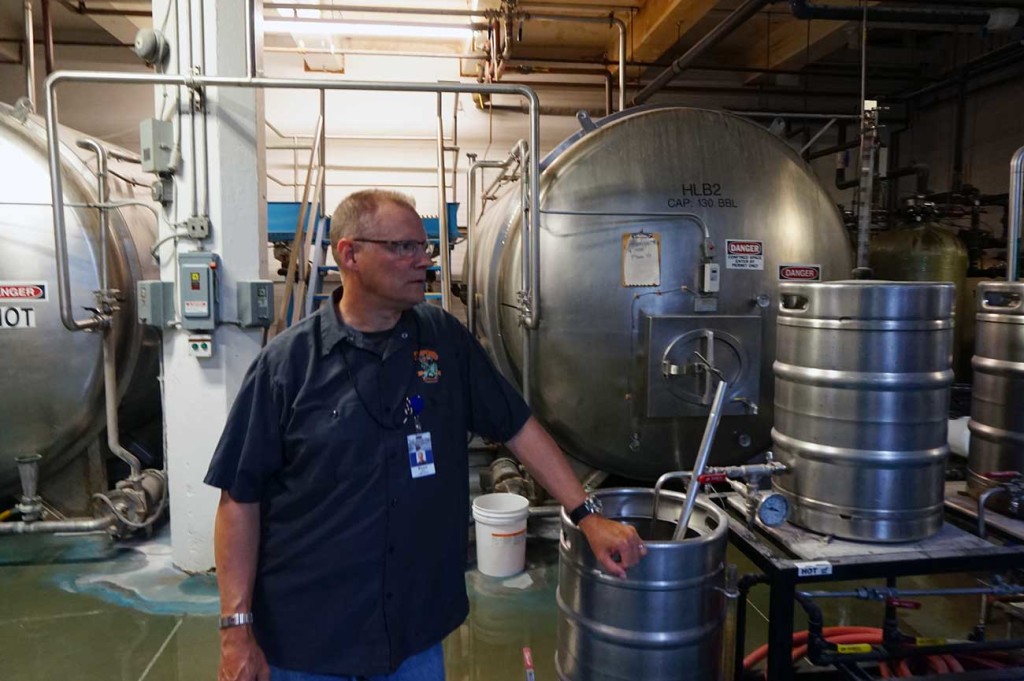 Bruce Elan giving a tour of the Shipyard brewery in the India Street neighborhood.

“Today, if you go to a new place, what’s your first question? ‘What’s new?’ Or even if you go to the place you go to all the time — You’re saying, ‘What have you got that’s new?”

It isn’t easy remaining innovative in an industry that sees more competition and more choice every year. In fact, craft brewing is the only growing sector of the brewing industry, according to Bruce.

The D.L. Geary Brewing Company is ancient in the craft beer world. Geary started back in the early 1980’s. When asked what has been the biggest change in craft brewing over the last few decades, David is quick to respond.

“Just the sheer number of them [craft breweries]. When we started there weren’t more than a couple dozen in the whole country. Now there are something like sixty-five just in Maine,” David says.
The reason for the explosion. It’s being driven by the beer drinkers. Something new. Something different. That’s what they want. It is the success of new product that is driving the market.

Geary’s started with only one brew, a pale ale. Now their line up includes a dozen different brews including revolving seasonals.

The brewers at Shipyard have been around long enough to see the change, too. Started in 1992, Shipyard is just 23 years old, but that is really old for a craft brewer. 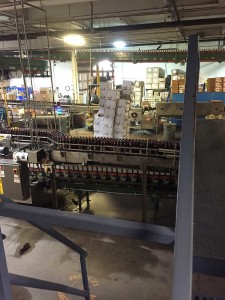 Shipyard Pumpkinhead Ale bottled and ready to ship around the country.

Shipyard has gone from Fred Forsley and England-trained master brewer Alan Pugsley’s single brew pub, Federal Jack’s in Kennebunk, to the 25th largest craft brewer in the nation, and the 31st largest overall. Today, Shipyard’s flagship Export Ale is no longer even their most popular beer, with the seasonal specialty Pumpkinhead Ale growing in popularity in 47 states.

“People want to try new things — we get that,” says Shipyard’s Bruce Elam.

The challenge is welcomed as a good thing. The Bud and Miller Guys had to learn to like the new craft beers. The new consumers who drive the market today are coming out of the wine world or the foodie world. They know what they want: quality and uniqueness.

“With all the choice people have, when someone does choose your product, it has to make you all warm and fuzzy,” Bruce says.

The craft brewing explosion means good things for Portland and for Maine. Today craft brewing adds $328 million to the Maine economy. Given success like that, there is probably plenty of room for new brewers to call us home.