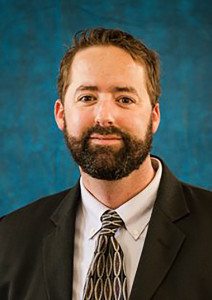 “I am proud to have been elected three times to represent the interests of the district and am gratified that voters provided a mandate for my policy platform focusing on affordable housing and alternative transportation just as many times,” said Donoghue. “I believe I have had very a successful tenure at City Hall, but also know I am ready for a change.”

Kevin stated in a release to media that he considers zoning reforms and infrastructure investments his greatest achievements. Recent initiatives of his have included an ordinance intended to leverage luxury development to ensure housing for the middle class and ongoing improvements to the city bus system.

Kevin has not offered any endorsements at this early stage, but said he hopes that his announcement will serve to attract candidates who will pursue similar policies and continue to work for a diverse and inclusive community.

“Portland is an expensive place to live and it needs to be equally aggressive about housing development and investing in public education if it wants to retain working families.”

Kevin works at WEX, a corporate payment solutions company in South Portland, and lives on Munjoy Hill with his daughter, Rosaleen, 5, who will enroll in kindergarten at the East End Community School in September.

“I am very excited for her to begin this new adventure and am looking forward to becoming involved in her school community as well as having some new adventures of my own,” he said.

Kevin joins Councilor Dave Marshall (District 2, West End and Parkside) in choosing not to run for reelection, creating open seats for both Peninsula Council districts. Councilor Nick Mavadones’s at-large (citywide) seat is up for the November election as well, but he has not yet announced if he would seek reelection.