Corporations Are the Real Welfare Queens 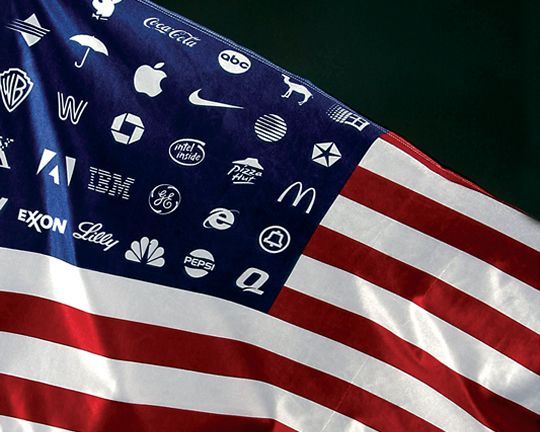 Lewiston Mayor Robert Macdonald’s failed attempt to establish a public list of the state’s welfare recipients is the latest maneuver in an insidious, decades long war on society’s poor and disenfranchised. The Republican mayor’s bill–which failed to muster much legislative support, even from fellow Republicans–would have effectively created a public database with the names and addresses of families and individuals receiving welfare benefits throughout the state.

This is a clear attempt at further shaming and degrading desperate Mainers in economic need. In fact, Macdonald conceded in a recent story with the Bangor Daily News that the intent of the bill is “basically to stop these people from coming here.”

“These people,” likely refers to members of Lewiston’s sizable Somali community, who the mayor has previously admonished to “leave your culture at the door.” Macdonald, echoing standard conservative sentiments, insists these taxpayer-burdening moochers come to Maine to “play the system.”

I suspect Macdonald fully expected this bill–which some lawmakers have questioned the legality of–to go nowhere. Macdonald is seeking re-election for a third term as mayor this November, and he likely intended this latest controversy to score some quick-and-easy points with conservative voters.

The ignorant, outspoken Macdonald, like Gov. Paul LePage, knows how to pander to right-wing Mainers by demonizing the poor. During the 2012 Maine Republican Party Convention, LePage drew raucous applause when he chastised welfare recipients to “Get off the couch and get yourself a job!” This from a governor who frequently boasts to his own childhood struggles with poverty and alcoholism.

Both conservatives and liberals have been waging class-warfare against the poor for the last 30 years. And in the unusually candid words of billionaire one-percenter, Warren Buffett, “There is class-warfare. And my class is winning.”

Conservatives like Macdonald peddle the same tired, bogus narratives to demonize the poor: They are lazy. They “choose” not to work, or more ludicrously, to be homeless. They come to cities like Portland simply for the benefits– even as those already meager benefits are rapidly being stripped away. They feed, like parasites, off the beleaguered, industrious Taxpayers.

Yet, the right is correct about one thing: We do live in a welfare state–not one dominated by individual welfare, but by corporate welfare.

Corporations and the rich are by far the primary recipients of government handouts– far more so than the single mother living next door to you. Corporations, through a seemingly endless array of complex loopholes, tax-breaks, government subsidies, bailouts, TIFs (Taxpayer Increment Financing), and other legal–and illegal–practices, are society’s real “welfare queens.”

So how does it compare?

According to the Cato Institute (no left-wing source by any means), the government spent $93 billion on corporate giveaways in 2002 alone. It spends approximately $59 billion on traditional welfare programs annually. In 2012, the state’s spending on corporate subsidies jumped to $205 billion, according to independent journalist, C. Robert Gibson.

“[B]y any yardstick, there is far more crime, and far more violence, and far more welfare disbursement…in the corporate world than in the impoverished street arena,” Ralph Nader wrote in a 1996 article titled, “It’s Time to End Corporate Welfare as We Know It.”

“The federal government’s corporate welfare programs number over 120,” he writes. “They are so varied and embedded that we actually grow up thinking that the government interferes with the free enterprise system, rather than subsidizing it.”

Yet, as Nader points out, these freeloading corporations are not publicly shamed and ridiculed the way individual welfare recipients are. Aren’t we constantly being told corporations are “people”? Then why are they not held to the same standard? Where is Mayor Macdonald’s proposed corporate welfare registry? We, the taxpayers, should have a publicly accessible list of all these CEOs’ names, addresses and how much we are paying them. The corporate media certainly is not providing any such thing.

(Macdonald did not return multiple calls to his Lewiston office for comment for this story.)

While the outrageous discrepancy in corporate versus individual welfare highlights the rank hypocrisy of “fiscally responsible” Republicans, Democrats remain just as committed to these corporate giveaways. President Barack Obama’s 2013 fiscal cliff deal raised the payroll tax on working class Americans, while modestly increasing taxes on the ultra rich. Clearly, Obama and the Democrats agree with Republicans that “all Americans,” including the poor and working class, are to blame for the government deficits, and that we all need to sacrifice.

Indeed, for all the talk about how the Republicans and Democrats “cannot get along,” and are constantly holding the government in “gridlock,” the two capitalist parties ultimately agree on far more than most voters realize. As such, neither party is committed to cutting the bloated, wasteful corporate welfare state.

“When you grow up corporate,” Nader writes, “you don’t learn about the reality of corporate welfare. The programs that shovel huge amounts of taxpayer dollars to corporations through inflated government contracts via the Pentagon, or through subsidies, loan guarantees and a variety of clever transfers of taxpayer assets get very little attention.”