“It really was a situation that couldn’t continue,” says Vin Veroneau, President of JB Brown.

He is referring to an ongoing safety issue of transient use of what used to be the woods along the Western waterfront from the Star Match building on Western Commercial Street to Benny’s Famous Fried Clams.

The entire area was clear cut, leaving behind the twisted stumps of birch and other trees. 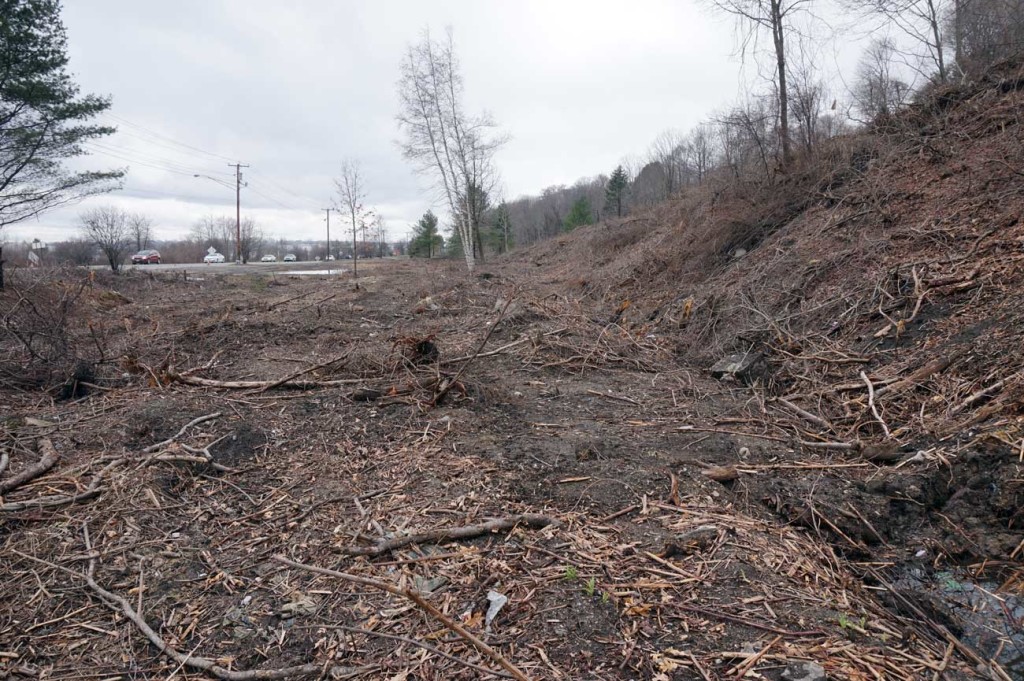 Stretch along West Commercial St that used to be covered in brush and trees. 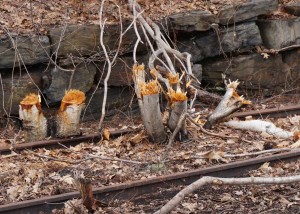 Birch stumps along abandoned rail tracks along the Western waterfront.

Homeless residents were camping and building campfires, according to police and the property managers, JB Brown and Sons.

JB Brown hopes that removing the trees will limit the use of the area by squatters. Police agree that clearing the trees was a good idea.

The final straw for JB Brown and local law enforcement occurred when a convicted felon was arrested while camping on the property.

Some neighboring property owners have also removed trees. The entire area is now mostly bare, making it impossible for anyone to set up a camp without being noticed.

There are no immediate plans for development of the property.

The brush was used for biomass energy and the trees for fire wood.