Jeff is a Spring Street resident with a problem. His seven kids cannot seem to keep the car doors locked. This has made him a ceaseless victim of auto theft. He has lost an Ipod, a checkbook, and his sense of security, as his car has been ransacked by those looking for an easy score. 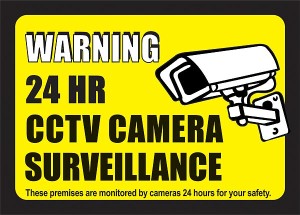 This is a longtime problem for downtown Portlanders, and according to Community Police Officer David Argitis motor vehicle burglaries are on the rise in the West End.

Meanwhile, Jeff is wondering if it is time for West End neighbors to take matters into their own hands. He has the beginnings of an idea: security cameras all over the neighborhood.

Security cameras are expensive and require large servers. Jeff asked the members of WENA (West End Neighborhood Association) at their last meeting, if others would be interested in working together, to pull resources, and purchase a central server that could hold feeds from a number of cameras that different neighbors would place on their properties.

It is Jeff’s hope that if many neighbors had enough cameras that an atmosphere of security could be created. Those with criminal intentions would become aware of the cameras over time and start to avoid the neighborhood. And neighbors could save money by combining resources and sharing a server for holding the video images.

Many WENA members were skeptical. Some were concerned about the loss of privacy. Others did not think it would be cost effective, or even effective at all.

The police would be happy to see it happen, but also know, from their own experience monitoring the police headquarters, that surveillance camera feeds are large and difficult to store for very long. Regardless, they would welcome more video surveillance in the neighborhood.

“Pictures or video images are very helpful for us,” said Officer Argitis, “however they come to us.”

Community Policing Supervisor Lieutenant Glen McGary said any leads that could be generated with the use of security cameras would be helpful and much appreciated.

“We like chasing bad guys,” said Lt. McGary. So if cameras could help spot and lead officers to criminals, then officers would be very happy.

Neighborhood Prosecutor Rich Bianculli said there were no legal concerns with security cameras, as long as they were pointed at your own property or at public property. Cameras could even surveil other’s private property, as long as it is from the vantage point of the public way. In other words, as long as you can see it from the street or sidewalk, it is open to private surveillance.

“As long as you’re not pointing the camera at someone else’s house… which would be creepy… then there is no legal issue [with the use of security cameras],” said Bianculli.

WENA was not in a rush to get involved with video monitoring the neighborhood. Most seemed to think there must be an easier way.

Officer Agitis suggested that residents should simply lock their doors and report any suspicious activity.

Lt. McGary echoed this. Just by tracking stats and the locations of crimes, the police gain an invaluable lead on criminals. Report anything suspicious, and the police will appreciate your help.

Jeff was happy to have the chance to raise his idea to WENA. He has not decided whether he will follow through with cameras on his own property, but considering his wife is against it, it is probably a safe bet that the idea will go nowhere.