Posts
Home Featured Valentine’s Burlesque for a Cause

Valentine’s Burlesque for a Cause

Strut on down to Geno’s Rock Club on Valentine’s Day, and for a twelve dollar cover–only ten if you wear red–you will be entertained with dancing, poetry, comedians, puppeteers, singing, three burlesque troops, a photo booth, and vintage inspired clothing. 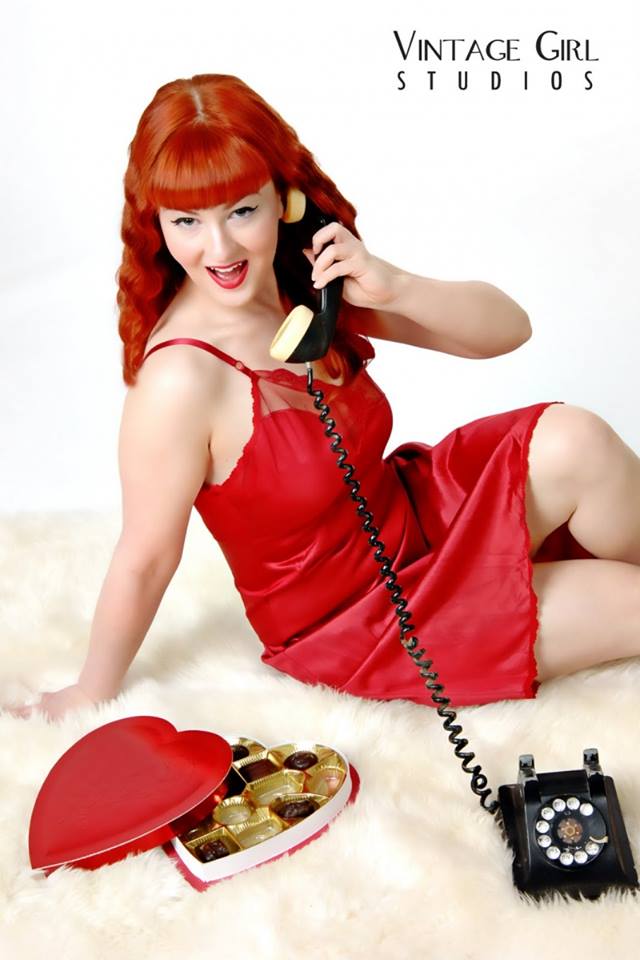 Your host, Holly “Danger,” has pulled together the Valentine’s Day Burlesque for three years running, and every year the show has sold out. So get there early. Doors open at eight.

The burlesque is about love, and comedy, laughing at ourselves, while creating a safe space… and, of course, people taking their clothes off.

The 2015 show will also be about raising awareness and building community.

Another successful event has been ongoing in Portland for three Valentine’s Days running. Belly dancer Whitley “Nabintu” has been organizing awareness events as part of an international campaign, One Billion Rising.

“‘One Billion Rising’ stands for the one billion women who have been or will be either raped or abused in their lifetime, which is about one in every three women in the world,” said Whitley.

“To compare towards men, it is about 1 in 33 men that have experienced abuse in their lives.”

Whitley contacted Holly to see if she would be interested in working on this year’s One Billion Rising event. Holly saw an opportunity to incorporate activism into the Valentine’s Day Burlesque.

“Burlesque is the word that probably sells, but there is activism, and politics, and comedy and… strangeness… in the whole thing. You can’t have a good show without all that,” said Holly.

Holly “Danger” Seeliger is no stranger to activism and politics. In addition to being a burlesque dancer and pin-up model, Holly is the West End’s school board representative.

Whitley “Nabintu” Marshall, is also an activist in addition to being a belly dancer. She is City Councilor Dave Marshall’s wife, and the organizer for a local nonprofit, Green Initiatives Education Fund.

It is Whitley’s work with Green Initiatives (West End News publisher Tony Zeli is a board member) that led to organizing One Billion Rising events. She looks forward to partnering with Holly on the Valentine’s Day Burlesque.

“We’re really excited to work with Holly,” said Whitley. “Holly has taken a very strong stand for women and women’s rights. Being a burlesque dancer is in and of itself an act of feminism and protest.”

Whitley explained that burlesque dance was formed off of American cabaret-style belly dance, and so the dance styles have a shared heritage. 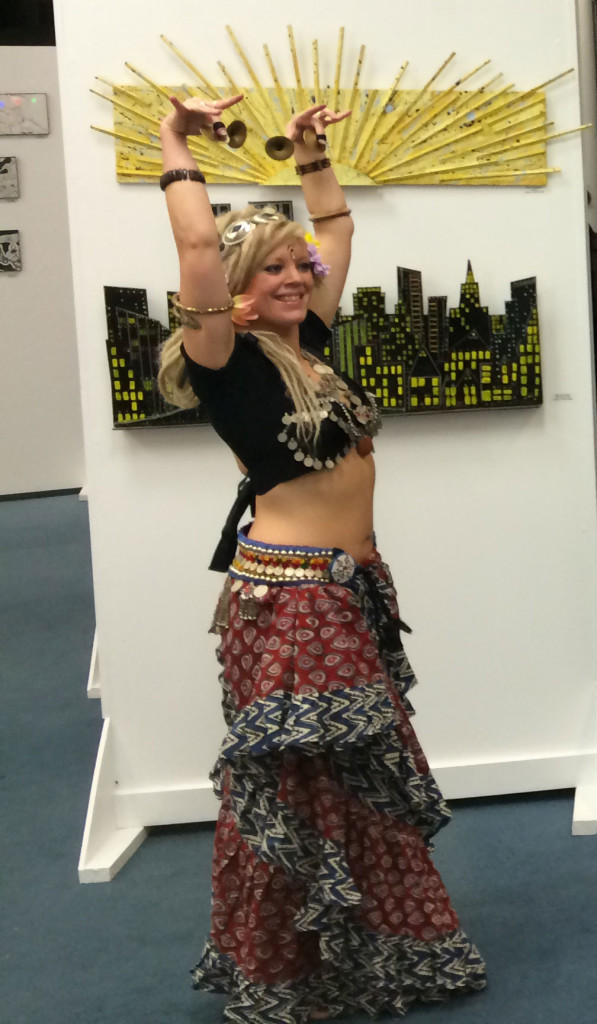 “If you go to Egypt or Turkey… or anywhere in the Middle East where [belly dance] is a common dance practice, the women who are dancing there are taking a stand as feminists and as activists,” Whitely said.

“Outside of this country women are risking their lives to do these dances. These women are taking a stand outside of their cultures–that say women should be submissive to their male counterparts.”

Considering the history of these dance forms, it seems appropriate to have a burlesque dance show that raises awareness towards violence against women.

“Even as a belly dancer in America, people make a lot of assumptions about your intentions behind the dance. What Holly and I want to come across is the strength behind the tease,” said Whitley.

Proceeds from the Valentine’s Day Burlesque will go to the nonprofit organization, Green Initiatives. Whitely and Green Initiatives have agreed to use the funds to support another of Holly’s projects, event organizing at Congress Square Park.

“For so many people, their activism goes along with their art or their talent. Its a natural progression of like-minded people working together, wanting to create something beautiful in their city. I’m baically just facilitating that, what people are doing anyway,” said Holly.

“Activism and fun have to go together, or else people get burned out.”

But do not fear that the show will get too serious.

“There is going to be a lot of comedy involved… along with people taking their clothes off,” Holly reminds us.

It should be a fun event, indeed. But in the spirit of One Billion Rising, this Valentine’s Day Burlesque will be an opportunity to be thoughtful and grateful.

“Valentines Day is a time to think about love,” said Whitely, “To appreciate and love women, on a day that is all about love, seems very appropriate and meaningful.”