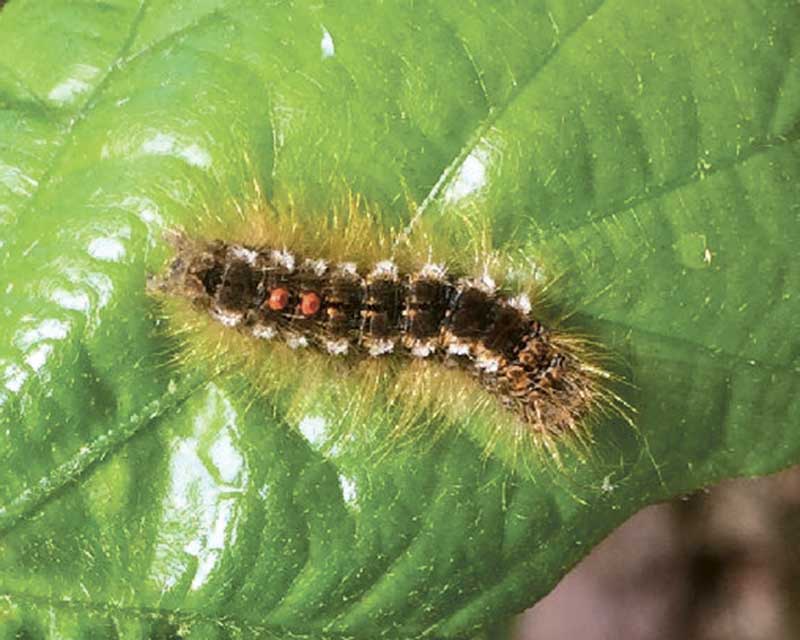 The City’s Forestry Management crew recently discovered browntail moth webs on the mainland in Portland. The pests’ poisonous hairs can cause rash or respiratory problems. The City urges residents to remove webs immediately before foliage comes out.

This pest has been active just north and east of Portland for some years, mostly from Falmouth to Brunswick. Also, residents on Cliff Island have been actively clipping and removing the webs for a couple of years.

Recently, the City’s arborists noticed brown tail moth webs, which are located at the ends of branches in what look like tiny shrink-wrapped webs, on Munjoy Hill, East Deering, and Deering Oaks park. The favorite hosts for this pest include Hawthorn, Amelanchier, Apple, and Oak trees.

“Levels in Portland are in the low to trace numbers at this time,” said Jeff Tarling, the City’s Arborist. “We urge residents to remove webs by clipping before the foliage comes out in May. Any clipped webs can be placed in a plastic bag and included with trash collection.” 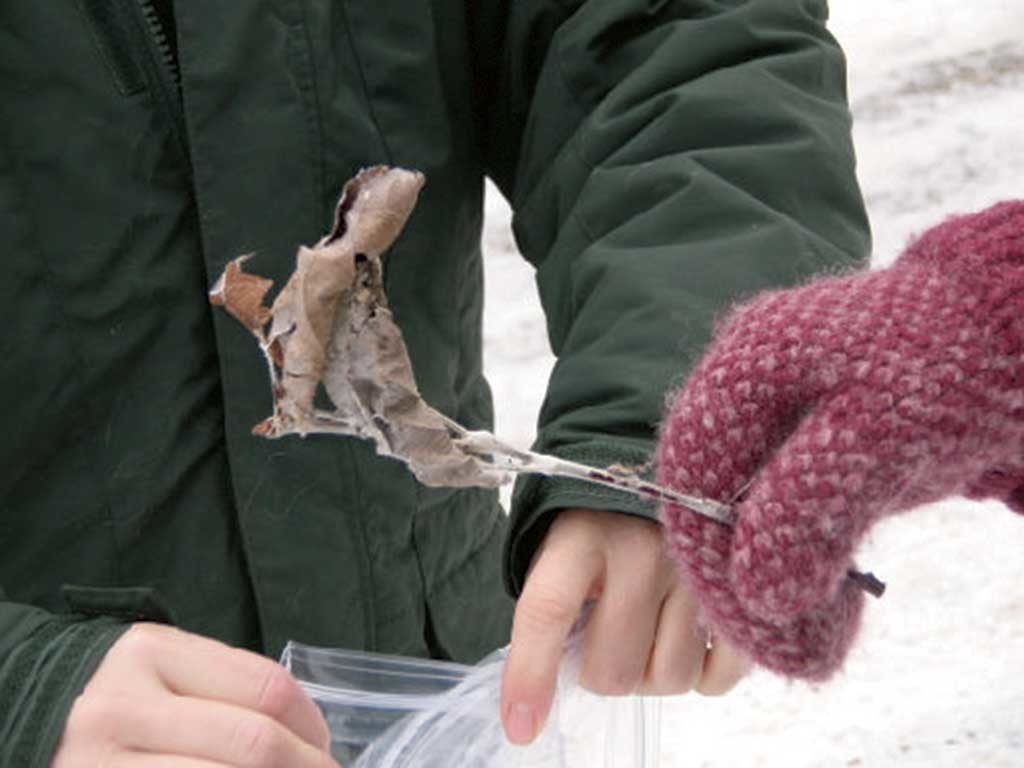 Remove brown tail moth webs by clipping and placing in plastic bags to be thrown out with the trash.

Be aware that browntail moth caterpillars have two distinctive red dots unlike the more common eastern tent caterpillar that can hatch around the same time and nest in the lower branches. The browntail moth larva has prickly hairs covering its body. It has two broken white lines on each side of its brown body and two orangy-red spots on the end of its back. These dots are one behind the other. The caterpillars grow to about 1½ inches and are active during May and June as temperatures rise and foliage becomes available to feed on.

Portland residents can contact the Portland Parks office to report browntail moth activity at 207-808-5400. City staff consider the levels low enough this year that no control programs are planned, but it is important to monitor this pest.

This is not the first browntail moth infestation in Maine. The first outbreak was reported in 1906. Since then, browntail moth has returned several times, including during the 1990s when the pest mostly affected the islands of Casco Bay. A natural fungus that occurs in the soil is the best long-term control.