On October 23, the first round of finance reports for the upcoming Portland City Council elections landed with an ominous thud, warning all of us that things are changing. Big money and partisanship are trying to creep ever further into our city offices.

Spencer Thibodeau, who is running for City Council District 2 (Parkside, the West End, St. John Valley and Oakdale), disclosed a staggering $15,774 in campaign contributions. Thibodeau’s haul is a huge departure from recent years, when district councilors could win by spending just a few thousand dollars. (At this point in the 2012 election runup, second-district incumbent David Marshall had raised only $3,213.85.) 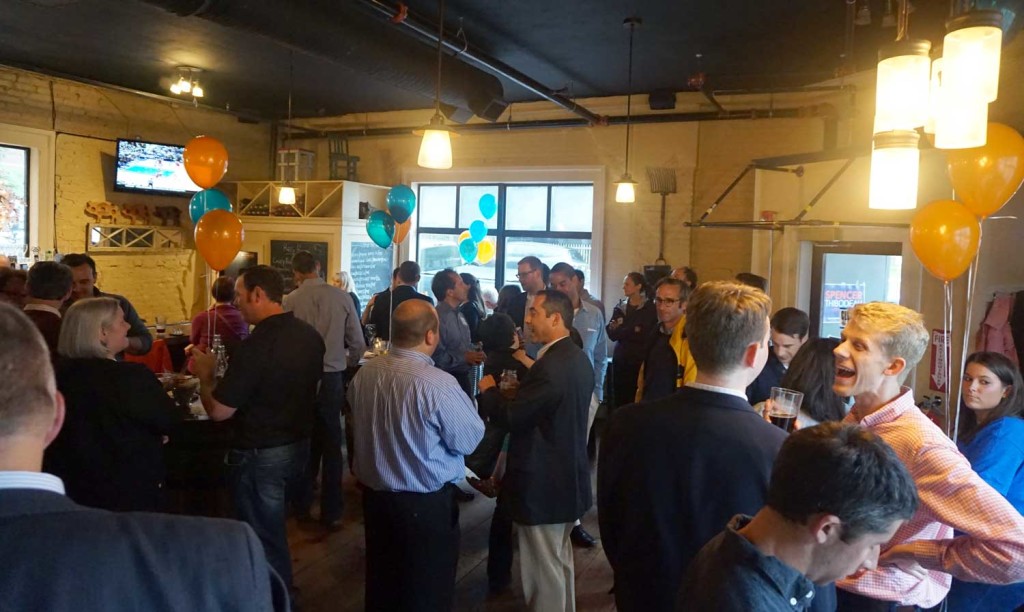 The report was hardly a surprise given the history of Thibodeau’s campaign. He announced his run nearly six months ago at a polished gathering attended by a who’s who of Democratic Party activists and leaders. The event portended a clear bid to unseat the much-loved Marshall, who had yet to decide not to seek another term. The Press Herald’s analysis of the disclosure summed it up with a succinct headline: “Campaign funding reports show Democratic Party push to take back Portland City Council seats.”

The Thibodeau campaign tried to get ahead of the news with online ads claiming grassroots momentum and a release declaring that 60% of all contributions came from donors giving less than fifty dollars each. An analysis of the candidate’s funding sources, however, tells a somewhat different story.

Nearly one out of every four dollars raised – $3,771 – came from Thibodeau’s co-workers at the law firm Verrill Dana, which represents many major business and development clients in Portland. Two influential out-of-district families put in $3,000. Another $580 came from top leaders in the Maine Democratic Party. The rest traces to a smattering of party operatives, business owners, attorneys, and others in and out of Portland. In other words, most of Thibodeau’s funding came from the wealthy or the well-connected. Anonymous “small donor” support accounted for only about $2,500 – less than 16% of the total take.

It’s a picture that stands in stark contrast to the rest of the field. Opponents Rob Korobkin and Wells Lyons have raised $7,244 and $5,521, respectively, largely through personal and family contributions in addition to small donations. Both are independent-minded activists who have minimized party entanglements and oppose the growing influence of money in politics. Lyons even serves on the board of Maine Citizens for Clean Elections.

Like his opponents, Spencer Thibodeau is by all accounts an honest and dedicated young person who would no doubt serve the city well. What gives many in the second district pause is not what the finance disclosures and party meddling say about Thibodeau’s motives, but the precedent they might set for the future of electoral politics and city government in Portland.

In recent years, Portlanders could take pride in living in a city where “politics as usual” just didn’t apply. As buckets of money poured into state legislative races and ballot initiatives, here in Portland, local candidates won elections with the help of shoe leather, stick-to-itiveness, and a modest postcard mailing. Our candidates didn’t need cash and connections because they were familiar faces about town who campaigned on their records and reputations. Partisanship and money were the exception, not the rule.

This cherished independent character is something we now stand to lose.

Chris Korzen is a long-time Portlander and current Parkside resident who founded and directed Maine’s Majority and the “61%” campaign. He is a donor to Wells Lyons for Portland City Council.