Beyond Gay Marriage: A Call For a Radical LGBT Movement 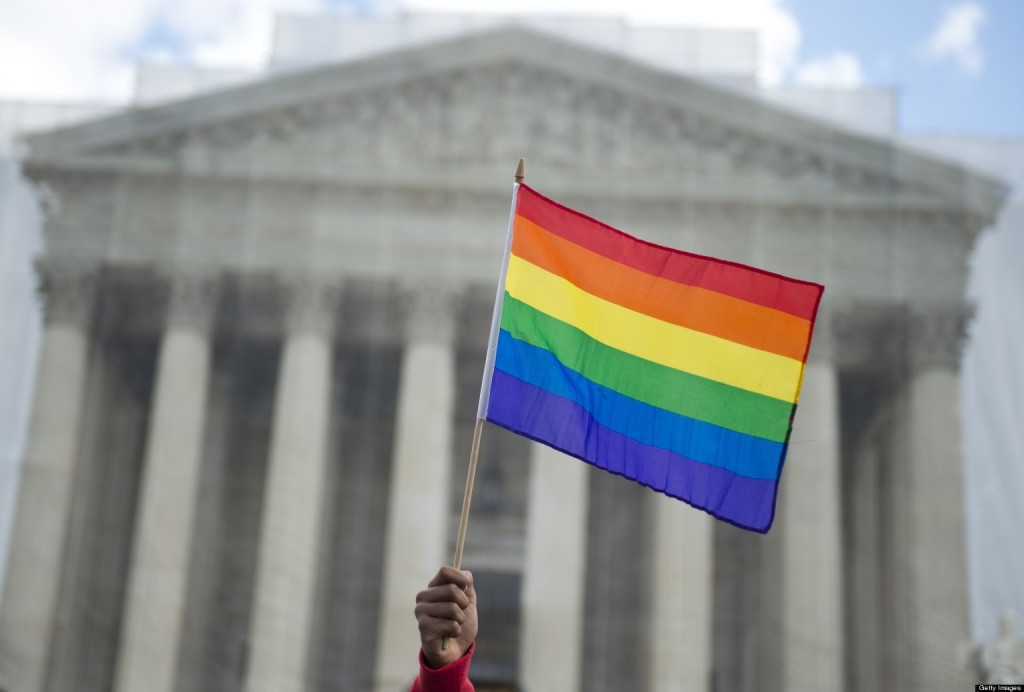 The Supreme Court ruling legalizing same-sex marriage throughout the nation is undoubtedly a long overdue victory. It brings to mind Miranda’s famous line from The Tempest, “O brave new world that has such people in it!”

It is also a dramatic game-changer.

Having finally succeeded in the cause de jour of marriage equality that has defined it for so long, perhaps now the LGBT movement is finally free to move on to other, arguably more pertinent matters. Indeed, the worst thing the LGBT left can do now is retreat into complacency, believing its major work is completed.

It may strike some liberals as blasphemous, but the truth is the struggle for social justice encompasses a lot more than the right to marry. Marriage is a splendid thing for those who desire it. (And, increasingly, those who can afford it.) Certainly, it seems a no-brainer that gay couples should have the same freedom to marry as straight couples have enjoyed for centuries.

That being said, I have long lamented the left’s narrow–myopic, really–focus on marriage as the apex of the LGBT movement.

In light of these sobering statistics, it is hard to make the case that the inability to legally marry has been the greatest human rights obstacle facing LGBT Americans. Indeed, in this context, gay marriage appears little more than a middle-upper class luxury.

And, according to queer activist, scholar, and Against Equality co-founder, Yasmin Nair, that is precisely how this highly centralized, top-down movement should be viewed. In a recent interview for The Real News Network (“Gay Marriage Victory is Not About Equality,” 06/26/2015), Nair dismisses the marriage equality campaign as “fundamentally conservative.”

…Conservatives, liberals, even leftists love it because what it does is to shore up… a neoliberal system whereby benefits accrue to those with the most private resources. And that’s what conservatism is all about… It’s all about everyone for himself or herself. The state takes absolutely no responsibility for one’s welfare. Every man and woman for himself or herself. That…fundamentally is one of the tenets of conservatism.

Nair goes on to argue the marriage campaign has never truly been the grassroots movement it presents itself as. Rather, Nair points to powerful NGO lobbying groups and wealthy gay donors, like It Gets Better creator Dan Savage, as the driving force behind the effort.

“People have always accused me and Against Equality of acting like the gay marriage movement is run by a cabal of white men,” says Nair. “What we’re finding out is that that is in fact quite true.”

She adds, “It’s not a grassroots movement at all. It has been funded fundamentally from the start by wealthy white gay men and women.”

We see the elitist nature of the gay marriage movement here in Portland, where Pride Portland! kicked off its annual gay-pride festivities with a thoroughly moronic Great Gatsby party–at the ultra exclusive Grace Restaurant, no less.

Instead of proudly flaunting their anti-intellectualism (one attendee informed me he “does not give a fuck” about the novel, only the “style and look”), why don’t the major gay rights groups rally behind freeing imprisoned WikiLeaks whistleblower, Chelsea Manning?

Manning, who is a trans woman, was sentenced to 35 years in prison under the Espionage Act for leaking thousands of classified military documents and diplomatic cables–most notably the now-infamous “Collateral Murder” video–that reveal heinous U.S. war crimes carried out in Iraq and Afghanistan.

But liberals have been virtually silent on Manning’s imprisonment. Instead, they would rather champion monied LGBT celebrities like Caitlyn Jenner and Miley Cyrus.

We need to move beyond the narrow dictates of “identity politics.” The fact is not all gay, black, female, transgender or disabled individuals share the same interests. I maintain that it is the left’s lack of a class-orientation–one rooted in Marxism and, ultimately, the overthrowing of capitalism–that keeps us divided.

Identity politics–along with the obnoxious practice of “privilege-checking”–has become the raison d’etre of the left. Liberals no longer stand up against poverty, militarism, or social injustice. They seem more interested in “calling out” others for perceived verbal slip-ups, or using politically incorrect language than actually creating a movement to dismantle systems of oppression.

As Chris Hedges notes in his book, Death of the Liberal Class, “Making sure people of diverse races or sexual orientations appear on television shows or in advertisements merely widens the circle of new consumers. Multiculturalism is an appeal that pleads with the corporate power structure for inclusion.”

Unfortunately, according to Nair, it may no longer be possible for LGBT activists to “back-track” now that gay marriage has been “checked-off” the list of progressive priorities, so to speak.

That is because capitalism as a system rarely stops to look back at the people it has left behind. Quite the reverse, it tends to continue plowing forward, seeking new markets, new commodities, new people to exploit. As it is, the singular focus on marriage has already used up most of the LGBT community’s money and resources.

“[T]here is no moving beyond gay marriage,” Nair says, “simply because gay marriage has already ravaged the economic landscape of queer organizing. There is no more money to be had, and it’s very unlikely that the wealthy gay white people in particular for whom gay marriage was such a big issue are going to turn around and say, ‘Yes, now let’s work on all the other things that actually matter.’ They don’t have to care about it.”

A harsh indictment of the movement’s top-down corporate structure, to be certain. But I, for one, have not yet ruled out the possibility of creating a new movement–one that is truly grassroots, decentralized, and driven by working class people.

The takeaway…? Celebrate the constitutionality of same-sex marriage. It is a long overdue victory. And then let’s move on to the real work of mobilizing a working class movement for the economic, political, and social justice our nation so desperately needs.