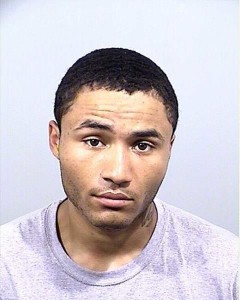 The Parkside and the West End neighborhoods have been the location of at least eight residential burglaries over the past ten days. All occurred during the daytime, and at least two occurred at occupied residences. All burglaries involved the suspect entering unlocked or open windows.

Coleman is initially charged with two burglaries. One occurred on Brackett Street on June 20th and another on Deering Street that occurred on June 27th. Both locations were entered via unlocked or open windows.

Coleman was arrested on Cumberland Avenue at approximately 8:30 p.m. He was found to be in possession of numerous stolen items as well as a small amount of suspected cocaine.

The investigation is continuing in regards to the other burglaries and additional charges are expected. Coleman is currently being held on $16,000 cash bail at the Cumberland County Jail and is expected to make his initial appearance in court on June 29th at 1:00 p.m.

Portland Police would like to remind residents to always close and lock their windows. Please be aware of suspicious individuals in your neighborhood.