May marks a very special month at One Longfellow Square (OLS) because on May 3rd, for the first time ever, the venue will expose itself to something it has never experienced before, something unfamiliar, yet invigorating and oddly comfortable.

One may say the little venue is growing up, or perhaps entering its experimental phase. Whatever the case may be; the venue is not entering this phase alone. It is being led by the sirens of genre bending, musically omnivorous folk outfit, Arc Iris. 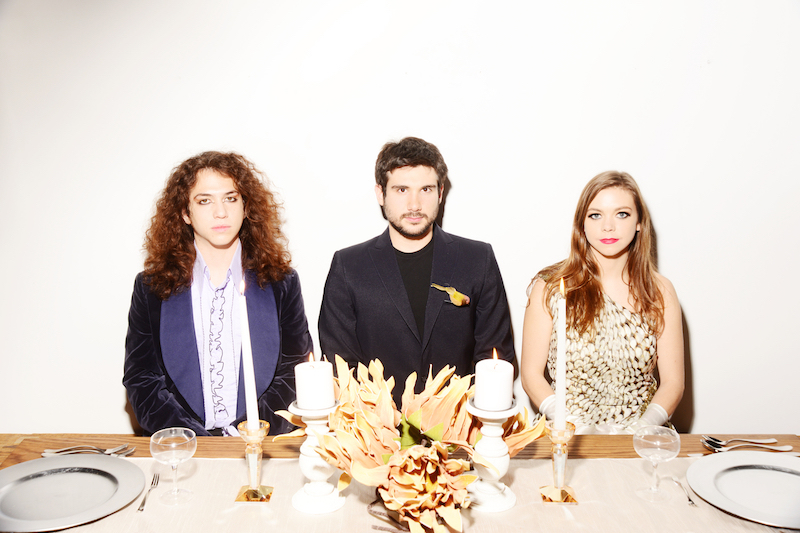 The charmers of Arc Iris, formed by composer, lyricist, former Low Anthem member and all around temptress, Jocie Adams, have used their allure to entice local music superstars to join them on stage each Sunday in May to seduce audience members with an evening of song that blossoms more and more, tickling the audible pallet and treating it to something a little new, unique and unfamiliar each week.

Adams herself puts it best, “If you let it, the music and show will mature from being a hot date to your future wife.”

This residency series is a first for Portland’s intimate music venue OLS.

“It’s a really unique approach for us to bring in a band from away multiple times in such a short time frame. But it’s a wonderful opportunity for Portland artists to work with and learn from the unique stylings of this Providence based band, and for audience members to really immerse themselves in what the band has to offer. Providence and Portland’s art and music culture have so many similarities, I’m surprised a partnership like this didn’t arise sooner,” says Liz Pettengill of One Longfellow Square.

The residency will run for four weeks in the month of May, with one 8pm show each Sunday. Every week a different Portland act will open. Kicking things off on May 3rd will be Old Souls, followed by Armies, a pet project of Dave Gutter (Rustic Overtones) and Anna Lombard on May 10th.

On May 17th the series takes a pause, when international guitar duo Loren and Mark take to the OLS stage, but on Sunday, May 24th things pick up right where they left off, when Arc Iris will be joined by local singer/songwriter Sara Hallie Richardson.

Rounding off the series on May 31st is Nat Baldwin and audience members can experience all of the audible pleasure for just $8 each week. The artists would not specify as to which nights collaborations may occur but those masters of seduction have eluded that a once-in-a-lifetime encore could surface one or more nights as the artists from away mesh their music wiles with some of Portland’s most enticing composers’ and performers’ works. 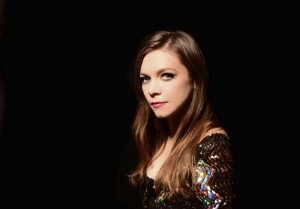 Arc Iris crystallizes the evolution of composer, singer, and multi-instrumentalist Jocie Adams, a former core member of renowned indie-folk band The Low Anthem. This is a breakaway moment for Adams, who now takes center stage as composer, lyricist, and lead vocalist.

Embracing her new role as auteur, Adams has created a genre-bending style that often shifts between cabaret-infused jazz, orchestral sophistication, grimy outlaw country, delicate and whimsical harmonies, and big-band exhilaration – sometimes all in the same song. Hers is an all-together different world where fantastical whimsy goes hand in hand with down-to-earth grit, and where rigorous classical training inflects but never softens the visceral rawness of hard-won experience.

Adams is a refreshingly grounded character who draws on the same combination of technical wizardry and lighthearted wonder whether she is grappling with a complex set of notes or rigging up an indoor playground for her cat. She’s dabbled in rocket science, but a stint working at NASA isn’t really what sets her apart – it’s the fact that she couldn’t care less about it.

That same freedom of spirit compelled Adams, who is a classically trained composer, to make the leap to the world of rock when she joined The Low Anthem in 2007. Now, she’s transformed herself once again by carving out a space that is wholly her own within the worlds of lyric writing and orchestral arrangement.

Songs on the11-track album range in sonic and emotional intensity. Adams’ vast aesthetic vision is matched only, and appropriately, by the band’s multifaceted musicianship, which includes Zach Tenorio-Miller on piano, Mike Irwin on trumpet, Robin Ryczek on cello, Ray Belli on drums, Max Johnson on bass, and Charlie Rose on steel banjo and trombone.

In rehearsing, the group drew inspiration from a range of artists, in particular Dirty Projectors, Harry Nilsson, and Leonard Cohen. James Reed writes in The Boston Globe that, “the album’s unique sound is informed as much by Joni Mitchell as it is by Björk’s sonic experiments and sweeping film soundtracks.”

Yet while songs on the album pull just as readily from 19th century cello and 1970s pop, what emerges cannot be called mere eclecticism. Adams’ style is highly focused at every twist and turn, creating an aesthetic where juxtaposed edges are sharpened rather than blunted.

In “Money Gnomes,” the rollicking simplicity of a bluegrass bassline makes room for sweeping, cello-infused turns around the dance floor. Part morning jaunt down a dusty road, part lithe-limbed waltz, the music, like its lyrics, seems to offer potential for adventure and ultimately, in the breathy mantra of its coda, intimacy.

“Swimming,” meanwhile, infuses the wry commentary and piano-draping antics of a folk-cabaret routine with woozy, orchestral impressionism. Saucy trumpet hits and the obsessive ticking of snare and high-hat foreshadow, but never quite give away, the song’s eventual, and eminently satisfying,dissolution into wailing rock outro.

Together the pieces cohere to explore the concept of the new – an experience that is as intoxicating as it is terrifying.

“Arc Iris encapsulates that sense of the future for me,” Adams says, “a sign of something beautiful that will hold my hand for a long time.”

The group’s fearless embrace of juxtaposition is apparent in the way they practice and perform. Members won’t hesitate to spend hours tinkering with a few notes if it means enhancing the synthesis of sound and storytelling.

“We will always try every single idea,” Adams explains.

Yet on stage, disciplined background morphs seamlessly into spontaneous innovation. Band members don’t have set parts, so the group never quite repeats itself two nights in a row. The musicians say that such on-the-spot acts of creation require two key ingredients: mutual trust, and individual nerve. And, they say, “we’ve got a pretty healthy dose of both.”

This rare mix of obsessive attention to detail and quirky playfulness is a distinguishing feature ofArc Iris. This is what makes it possible to have, on the one hand, an album so refined and tightly crafted that it considers everything including the cords that connect one track to the next – and yet on the other hand have the musicians gleefully sum it all up as “mystical rainbow fairy kitten astronauts hurtling through the cosmos.”