The American chestnut was once the most important forest tree in much of the Eastern US. The trees grew fast and tall and produced straight, rot-resistant lumber. Their nuts fattened cattle and pigs for market and fed wildlife in forests. And, of course, they were the delight of city dwellers at holiday time. 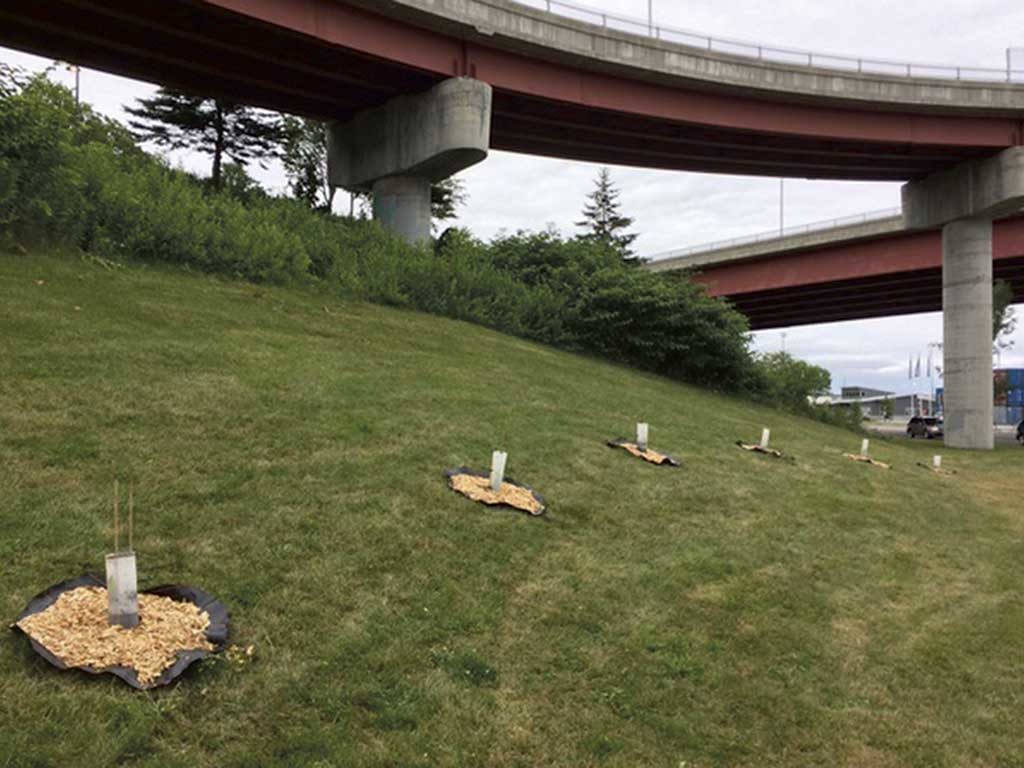 In 1908, the disease chestnut blight from Asia was first detected in the U.S. Within decades the blight all but eliminated this dominant tree from Maine to Florida. In fact, only a small number of individuals survived the onslaught.

Few people have seen full grown American Chestnut trees for a century or more. Though chestnuts have largely disappeared from the forests, a dedicated group of people have been working to bring them back.

On July 13th, as a part of the Edible Hillside project at Harbor View Park, volunteers planted six seedlings from the sixth generation of disease resistant hybrids at the American Chestnut Tree Restoration Project at the University of New England.

The work was done under the guidance of Thomas Klak, Professor of Environmental Studies at UNE and Chairman of the Gene Conservation Committee at the Maine Chapter of the American Chestnut Foundation. 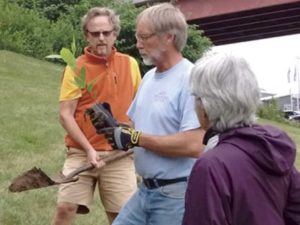 The seedlings at Harbor View will be part of an intensive multi-state breeding program begun by the American Chestnut Foundation in 1983.

We hope that 50 years from now some of these trees will continue to flourish in the park. In the future, when they reach their full potential, they will favor the people and wildlife with shade in the summer and chestnuts at holiday time.

For more information on the American chestnut, visit https://www.acf.org/our-community/news/american-chestnut-tree-restoration-project-une.

For more info on the Edible Hillside and the WENA Harbor View project see http://wenamaine.org/harborview.

Pamela is a West End resident.