Bernie Sanders: The Good, the Bad, and the Ugly Truth 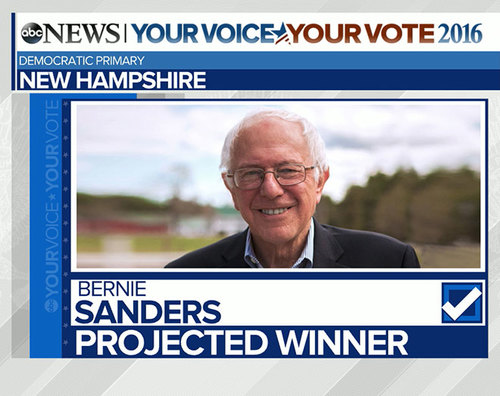 Famed consumer advocate and erstwhile presidential candidate, Ralph Nader, offered a scathing indictment of the capitalist parties’ stranglehold over our elections in a recent installment of Chris Hedges’ teleSUR show, Days Of Revolt. Nader described some of the dubious, underhanded tactics both the Republicans and Democrats employ to prevent the formation of a third-party challenge to their electoral hegemony:

They lie about counting votes. They miscount votes. Voting machines are going to plague the…election in 2016…. They leave you off the debates… The debate commission is a private corporation created by the two parties in 1987 to get rid of the League of Women Voters who used to run the debates and were considered too uppity and too independent. They control everything.

And the farce extends to the state primaries and caucuses now underway. These electoral spectacles–what historian Daniel Boorstin termed “pseudo-events”–are little more than kabuki theater. Already, some are questioning the results of the Iowa caucus, where Hillary Clinton broke a virtual tie with Bernie Sanders by, rather implausibly, winning six out of seven coin-tosses.

But here is the catch:

It makes absolutely no difference which of the Democratic candidates–Clinton or Sanders–wins a majority of primaries from here onward. The results could still be contested by the party leadership at the Democratic National Convention. In other words, even if Sanders emerges as the obvious preferred candidate among primary voters (which seems to be the case at the moment), he could still lose the presidential nomination to Clinton.

As Eoin Higgins wrote last month in CounterPunch, in a piece titled, “Why Bernie Sanders Will Not be the Democratic Nominee, No Matter What Happens in the Primaries,”

“…[T]he Democratic National Convention, where the Democratic nominee will be decided, is under no obligation to assign delegates to the winners of primary states. In fact, the rules don’t even specify that the primary results be taken into account when deciding on the nominee.”

Furthermore, as Higgins points out, the so-called “superdelegates”–not voters–are the ones who ultimately select the party’s nominee. As of this writing, Clinton has the pledged support of 394 superdelegates, compared to Sanders’ 44. Can superdelegates change their votes? Absolutely. But I think the more significant question is, will the Democratic Party really allow a self-described socialist to be their presidential nominee? Highly unlikely.

Put more bluntly: Your vote does not matter. The late comedian George Carlin was right: “Politicians [exist] to give you the illusion you have freedom of choice. You don’t. You have no choice. You have owners. They own you.”

Even if, by some major malfunction of the electioneering machinery, Sanders does emerge as the Democratic nominee, the party leadership will do everything it can to ensure he does not win the presidency–even to the point of throwing the election to the Republican, as they did to the anti-war George McGovern in 1972.

And therein lies the inherent contradiction in Bernie Sanders’ campaign. He is calling for a “political revolution” within a party that is fundamentally opposed to everything he stands for.

While we can (and, I think, should) certainly debate how much of a “socialist” Sanders truly is, he is nonetheless significantly further to the left than Clinton–who previously sat on the board of directors of Wal-Mart.

And one need not be a professional political pundit to understand why Sanders’ populist platform–which includes universal health care, free college education, combating climate change, and breaking up the “Too Big To Fail” Wall Street banks–resonates with debt-saddled college students and young people desperately trying to navigate the worst job-market since the Great Depression.

But the Democratic Party establishment opposes all of these things.

Just consider the lengths it went to undermine any possibility of passing single-payer health care in President Barack Obama’s first term. When single-payer advocates disrupted one of Sen. Max Baucus’ (D-MT) health care hearings, demanding a seat at the table, they were promptly arrested. After they were escorted out of the room, a sneering Baucus joked about how they “need more police.”

Regarding the prospects of single-payer under a President Sanders, House Minority Leader Nancy Pelosi was uncharacteristically blunt. “It’s no use having a conversation about something that is not going to happen,” Pelosi said at the House Democratic Caucus’ annual retreat last month.

As a result, we are all stuck with the Affordable Care Act, a.k.a. “Obamacare,” which is essentially a bailout for the health insurance industry.

And health care is just one example. The Democrats are just as much in the pocket of the corporate state as the Republicans. The only difference between the two is, despite the mountains of evidence to the contrary, the Democrats still maintain this phony public image as the party of working-class people. In reality, the Dems are best described by Lance Selfa, in his book, The Democrats: A Critical History as “history’s second most enthusiastic capitalist party.”

If Sanders had truly wanted to run an “insurgent” campaign against the bought-and-paid-for Wall Street parties, he should have mounted an independent run or campaigned with the Green Party.

Unfortunately, as a U.S. Senator, Sanders has demonstrated outright hostility toward third-parties. Sanders not only campaigned for the militant, John “Reporting for Duty” Kerry in 2004–he also openly chastised Nader for mounting a second independent campaign, buying into the bogus concept that Nader had “stolen” the 2000 election from Al Gore. (That election was, in fact, stolen, but not by Nader. It was stolen by the right-wing Supreme Court which halted the re-counting of disputed votes in Florida.)

This is certainly not to suggest running as an independent would be “easy” or more “practical” than running within one of the two Establishment parties. (See Nader’s quote above.)

But, as Nader explains in that interview, the goal of a third-party challenge is not necessarily to win. Rather, it is to influence the political discourse and speak to the needs of working class voters in ways that the capitalist parties will not. Indeed, all of the major worker gains in this country–Social Security, Medicare, the eight-hour workday, child-labor laws, the abolition of slavery and the 19th Amendment–came through third-parties like the Socialist and Progressive parties. Few of these parties ever achieved formal positions of power.

In short, third-parties aim to create the political revolution Bernie Sanders claims he wants to spark. As it is, Sanders has already pledged to support whomever the Democrats nominate once his campaign inevitably “Berns out.” Some revolution.

Likewise, 80 percent of Sanders’ supporters claim they would be “just fine” voting for Clinton should she emerge as the nominee, according to a poll conducted by the University of Monmouth. Only five percent of registered Democrats would be “upset” with the prospect of backing Clinton. And as we get closer to the fall, we should expect the inevitable pressure to vote for the “lesser evil” to be especially strong this year–particularly if the GOP nominates Donald Trump.

The fact is, the radical left remains quite small in this country. But if there is a silver-lining to Sanders’ candidacy, it is that he is finally making socialism acceptable–even enticing–for a growing number of left-wing voters–particularly young people. A 2015 YouGov poll found nearly 40 percent of Americans under 30 have a more positive view of socialism than capitalism. Our challenge now is to peel those voters away from the gravitational pull of the Democratic Party and the dead-end mentality of “lesser evilism,” and win them to a radical political ideology.

Finally, we need to acknowledge that voting is one very small aspect to the long-term project of building a revolutionary left. As I noted in a previous column, real change comes not from the voting booth, but from grassroots, popular movements.

“Changes and progress very rarely are gifts from above,” Professor Noam Chomsky observed in a speech shortly after Barack Obama’s election titled, “What’s Next? The Elections, the Economy, and the World.”

“They come out of struggles from below. . . [T]he answer to what’s next depends on people like you. Nobody else can answer it.”