Obama’s Legacy: Saving Capitalism From Itself 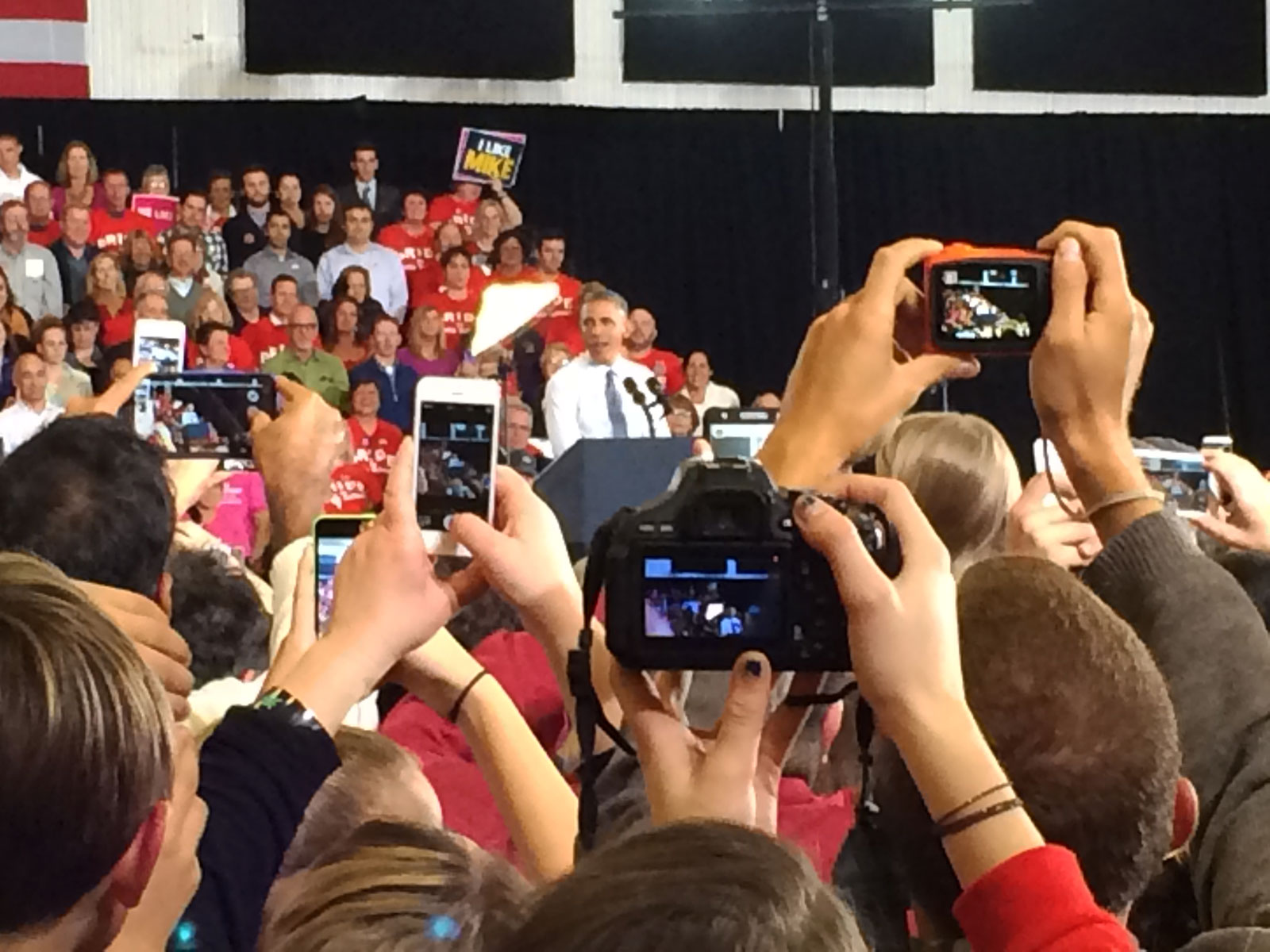 “In his last State of the Union address,” Steed cloyingly writes, “Obama reminded me of what I think we collectively saw in him in 2007 and 2008… In his last address, I again saw a beacon, an optimistic reminder of some of the great things that have been accomplished in this country’s history over the past decade and what could be possible in the future.”

I am uncertain who, specifically, designated Steed the default spokesman for millennials. But I wish he would share whatever it is he’s smoking with the rest of us.

This myopic focus on a president’s individual accomplishments, while it may hold some historical interest to those who are paid to ruminate on such things, is inevitably hollow, superficial, and devoid of practically any substantive critical analysis.

According to Karl Marx, the state—and, by extension, the presidents, senators, Congress members and cabinet personnel that operate it—is little more than a “committee for managing the common affairs of the whole bourgeoisie.”

As such, the significance of Obama’s various accomplishments as president depend greatly on which side of the class-divide readers happen to sit on. CEOs, Wall Street bankers, business people of all sizes, and the wealthy have benefited enormously from Obama’s presidency. The rest of us—working class people who have nothing to sell but our labor power—have, by contrast, little to show for the last eight years.

Obama, like Franklin Roosevelt before him, essentially saved capitalism from itself during one of its periodic—and inevitable–crises. Rather than breaking up the “too big to fail” Wall Street banks after they ravaged the global economy, Obama used $700 billion in taxpayer money to shore them back up. Seven years later, JPMorgan Chase, Goldman Sachs, Citigroup and Bank of America are enjoying record profits. And not a single Wall Street executive has gone to jail.

As the Occupy Wall Street chant summed things up, “Banks got bailed out. We got sold out!”

Rather than repudiating George W. Bush’s most egregious abuses of executive power, Obama—a constitutional scholar–has codified them into law and expanded them.

Under Obama unmanned predator drones have become a commonplace staple of modern warfare, as well as some domestic police operations. Obama’s authorization of the assassination of U.S. citizens, Anwar al-Awlaki and his 16-year-old son, Abdulrahman represents a chilling new precedent in extrajudicial laws. According to investigative journalist, Jeremy Scahill, at the start of Obama’s second term in 2013, “more people had been killed by U.S. drone strikes across the globe than were imprisoned in Guantanamo” Bay.

Obama has, likewise, continued the wars in Iraq and Afghanistan, despite the misleading media narrative that the former war is “over,” and the latter is “winding down.” The emergence of the radical jihadist network, ISIS (The Islamic State in Iraq and Syria), which developed as a direct response to the U.S. decimation of Iraq, not only poses a new threat to America’s imperial interests, it also gives the lie to the absurd logic of the, “war on terror.”

Turns out Obama’s former minister, Jeremiah Wright whose searing antiwar sermons Obama promptly distanced himself from on the campaign trail, was correct: “…The stuff we have done overseas is now brought right back to our own front yard. America’s chickens are coming home to roost.”

And while Obama’s rhetoric on climate change has been a refreshing change of course from his anti-intellectual predecessor, his pro-drilling actions and “all of the above” energy policy have undermined any great speeches he has given on the subject. As Counterpunch editors Jeffrey St. Clair and Joshua Frank observe, in their book, Hopeless: Barack Obama and the Politics of Illusion, “On the environment, the transition between Bush and Obama was disturbingly smooth when it should have been decisively abrupt.”

Finally, any serious analysis of Obama’s presidency cannot ignore the proverbial elephant in the room: His status as the first African American president.

On this point, let’s be clear: There is no doubt much of the opposition President Obama has faced—including and especially from intransigent Republicans in Congress—has been abjectly racist. No sooner did the first black president assume office than angry white Americans began stockpiling military-grade weapons, which they remain convinced Obama plans to forcibly confiscate from them.

Yet, Obama has never been the galvanizing leader for the African American community many expected him to be. As black Americans continue to suffer from a disproportionate degree of unemployment and poverty–to say nothing of the brutal, seemingly routine police killings of unarmed black men—Obama, like Oprah Winfrey or the now thoroughly discredited Bill Cosby, peddles a patronizing, “tough-love” attitude toward the very constituency that made him president in the first place. He lectures them to be better fathers or to pull their sagging pants up. He is, in effect, a modern day Booker T. Washington.

Little wonder Cornel West has blasted Obama as the “Black face of the American empire.”

How a seemingly intelligent politico like Steed could find anything “optimistic” in the preceding track record is indeed difficult to fathom. Then again, Obama has encountered little overall protest from the left throughout the last seven years. In fact, on issues like drone strikes and targeted assassinations, a majority of liberals approve of the president’s actions.

I would argue Barack Obama’s true legacy has been two-fold:

His successful managing of the financial crisis–one which, like the Great Depression, should have irrefutably discredited capitalism and empowered a radical new left to finally dismantle it. Obama successfully prevented this outcome. And his ability to push through more neoliberal policies than John McCain, Mitt Romney or any Republican president would ever have been able to–not, that is, without encountering significant pushback from liberal protesters.

To that end, Obama is not the “lesser evil” as is so often claimed. Rather, he is, as Black Agenda Report’s Glen Ford calls him, “the more effective evil.”

In place of Steed’s paean to positive thinking, President Obama’s legacy is best summarized in another excerpt from St. Clair and Frank’s book. Substitute “environmentalists” with “antiwar protesters,” “feminists,” MoveOn or any other progressive group, and the sentiment still holds true:

Environmentalists made no demands of Obama during the election and sat silently as he promoted off-shore oil drilling, pledged to build new nuclear plants and sang the virtues of the oxymoron known as clean-coal technology. Obama probably felt he owed them no favors. And he gave them none. The environmental establishment cheered never-the-less.