It was called the Maine Law. Passed in 1855, it was the first prohibition law in the country. Mayor Neal Dow was instrumental in pushing the law.

In the spring of 1855 rumors spread throughout Portland that Mayor Neal Dow had illegally purchased and stored a large quantity of medicinal alcohol in City Hall. A crowd, incited by the rumor and a newspaper editorial, gathered outside the building on June 2nd.

After the militia and police showed up, the crowd turned into a mob. The militia, on Dow’s command, opened fire. By time it was all over, seven rioters and bystanders were wounded and one was dead.

After the riot, Neal Dow stood trial for breaking his own law. The trial involved some of the most famous Portlanders of the time. You know their names by the streets we drive and the schools we attend today.

“Today the world would call it a show-trial. And it was,” said historian Herb Adams at a commemorative event at City Hall on June 2nd. The trial was the end of Neal Dow’s career as Mayor, but he would go on to run unsuccessfully for President on the Prohibition ticket.

The commemorative event featured Mayor Mike Brennan and Friends of Evergreen Cemetery. The Friends group is overseeing a series of events marking the 160th anniversary of the riot. 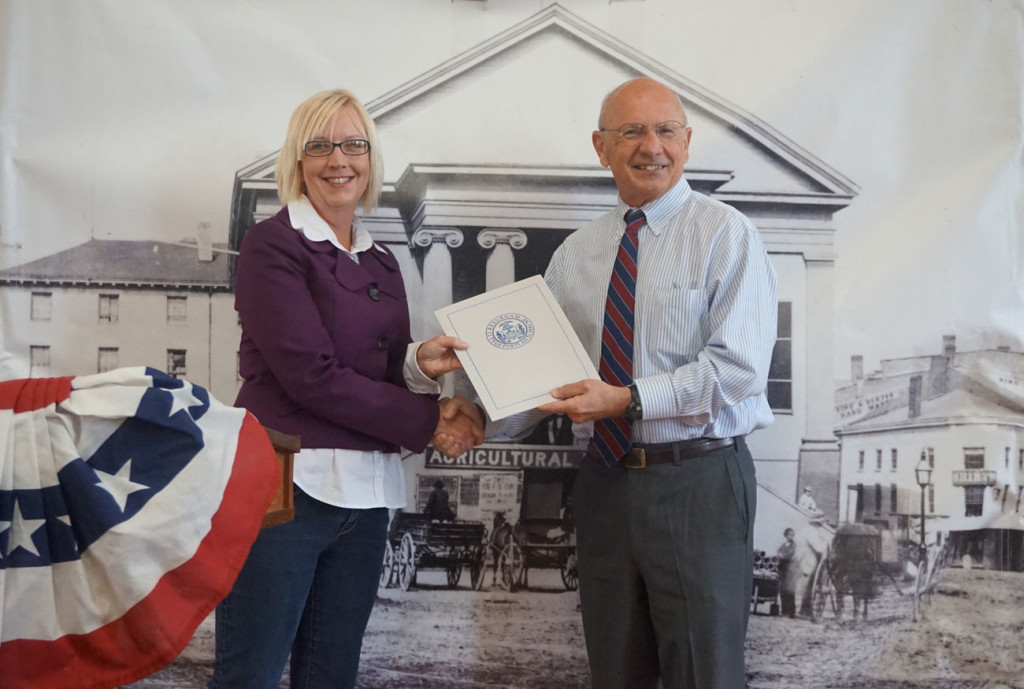 Mayor and Friends of Evergreen commemorate the 160th Anniversary of the Rum Riot.

On Thursday, June 4th, there is a tour of the tombs of Nathan Clifford, William Pitt Fessenden, Francis O.J. Smith and others. The free tour of Evergreen Cemetery on Stevens Avenue begins 5 p.m.

On Saturday, June 6th, from 7:30 p.m. to 11 p.m. there is a fundraiser for Friends of Evergreen at Bramhall Pub, 769 Congress Street, just down the road from Neal Dow’s historic West End home. It is a speak-easy event, and their will be door prizes for the best 1920’s attire. Tickets are $75. Contact Friends of Evergreen at 207-619-3072 for more information.