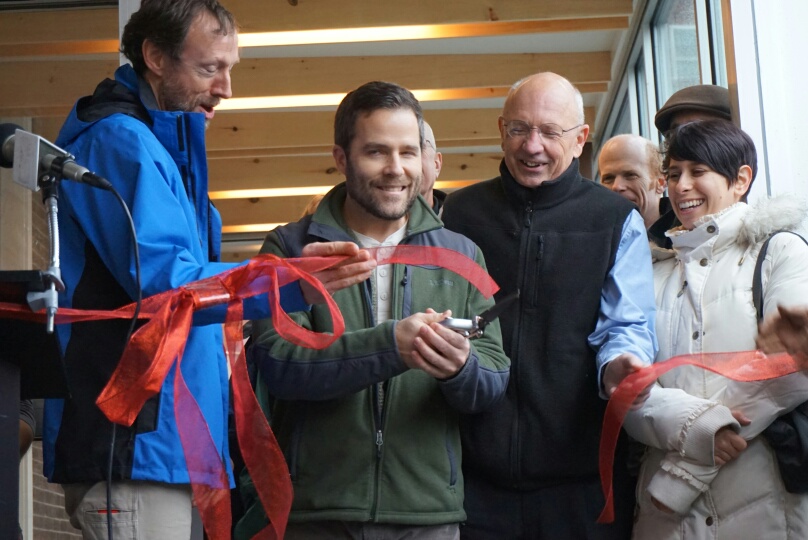 On Wednesday, December 10th, member-owners, local farmers, and Mayor Michael Brennan cut the ribbon on the Portland Food Co-op’s full-service market. Open to the public seven days a week, the Co-op is located at 290 Congress Street in the East End.

The store offers a wide selection of local, organic, and natural foods and household products. The Co-op currently has over 2,300 member-owners–up from 400 when the campaign to open a storefront location began a year ago. Each member-owner has made a one-time equity investment of $100, which gives them a voice in the direction of the Co-op, as well as access to special sales and a rebate when the Co-op makes a surplus income.

At the ribbon cutting, store manager Kevin Gadsby spoke about the groundswell of community support that made the opening possible. “The co-op is built around the community, and we are proud that we’ve already developed relationships with over 100 Maine producers and saw dramatic growth in member-ownership in such a short amount of time,” he said. “Every new member-owner strengthens the co-op, and to truly thrive we need to continuously expand our member-ownership. Our new goal is 3,500 member-owners by the end of 2015. With the store now open, I’m confident we can make that happen.” 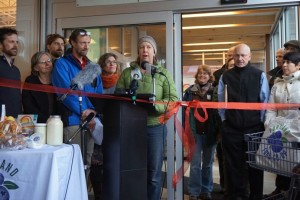 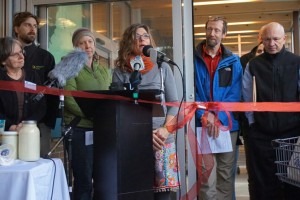 The City of Portland helped secure the financing and grants needed to build the store, which has already created 20 new jobs. “I’m glad that the City of Portland was able to be a part of making this storefront a reality,” Mayor Michael Brennan said.

Sarah Wiederkehr at Winter Hill Farm spoke about the new opportunities the Co-op will bring for their operations. “The Co-op’s storefront is an exciting opportunity to put our products in front of thousands of new people,” she said.

Kelley Hughes, owner of Wildflours Bakery, spoke to the Co-op’s economic impact on small local businesses. “Becoming a producer for Portland Food Co-op had an immediate impact on my very small business; I was able to create a job and hire a new baker to work with me.”