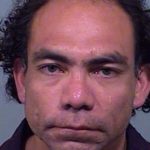 Workers at Sisters Gourmet Deli called 911 on Saturday, July 29th at 2:53 p.m. They reported a man inside their restaurant yelling at them and knocking items off the counter. He made repeated derogatory references to the sexuality of the female employees throughout the incident which lasted several minutes.

Taylor had just walked outside the restaurant when police arrived. He was arrested without incident and taken to the Cumberland County Jail. Taylor was charged with Disorderly Conduct, Interference with Constitutional Rights, and Criminal Mischief.

On Monday August 1st, Taylor plead guilty to the crime of Disorderly Conduct and was sentenced to serve five days in jail. The case is also being referred to the Civil Rights Division of the Attorney General’s Office for review. Also, Taylor has been ordered to stay out of Sisters Gourmet Deli.

Police commended the workers for their calm demeanor and being able to provide accurate information to the 911 operator. The workers were not physically harmed during the incident.

Like all cities, Portland at times struggles with the impact of untreated mental illness. In this instance, it was displayed in a negative way that impacted neighbors. 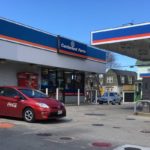 Zachary Greenman, 19-years-old of Clarence, New York, and a 17-year-old from Franklin, Tennessee, were arrested for robbery of the Cumberland Farms at 49 Pine Street.

Police were called to the store around 2:27 a.m. on Sunday, July 16th. Two men, both wearing hooded sweatshirts and masks and armed with handguns, threatened the clerk and demanded money. The clerk complied, and the men fled with a small amount of cash.

The clerk, who was alone in the store, was not injured. They called 911 to report the robbery and provided a detailed description of the perpetrators.

When they arrived, officers established a perimeter around the store. Meanwhile, a police dog tracked the perpetrators down Pine Street and to State Street. At that time, the two men were seen leaving an alley. They attempted to flee in different directions but were quickly overtaken.

Police arrested the suspects for Robbery. Police took Greenman to the Cumberland County Jail. The juvenile is being held at the Long Creek Youth Development Center.

A 22-year-old Auburn man received stab wounds in an assault in the parking lot of One and 2 Portland Square.

The man was walking to his car with a female companion around 1:30 A.M. on Sunday, July 23rd, when a group of between six and eight men assaulted them. The woman was punched but did not require hospitalization. The man was knocked to the ground, beaten and stabbed.

Police seek to determine whether this incident is related to an earlier disturbance involving the same victim on Fore Street.

The perpetrators are described as black males, some wearing white shirts. They may have been in the Fore Street area prior to this incident. They fled prior to the arrival of police.

The victim was treated at Maine Medical Center for his injuries.

Contact Portland Police at 874-8575 to anonymously report a tip. Or text the keyword “GOTCHA” plus the tip message to 274637 (CRIMES). Or go to http://portland-police.com and click “Submit an Anonymous Crime Tip.”