I recently posted to my Facebook page (which on any given day is a hotspot for political and social debate and bantering):

I’ve been thinking about ‘patriotism’ lately. What is it? The definition is ‘love of country,’ so, I guess more specifically, what is ‘country’ within that definition? What is the United States of America? Answer away, Facebook.

Answers included “pride”, “loving my country”, “mindlessly chanting ‘USA, USA’,” “leaving the country better than I found it,” among others. Many had the answers you might expect; other people had their own definitions entirely. 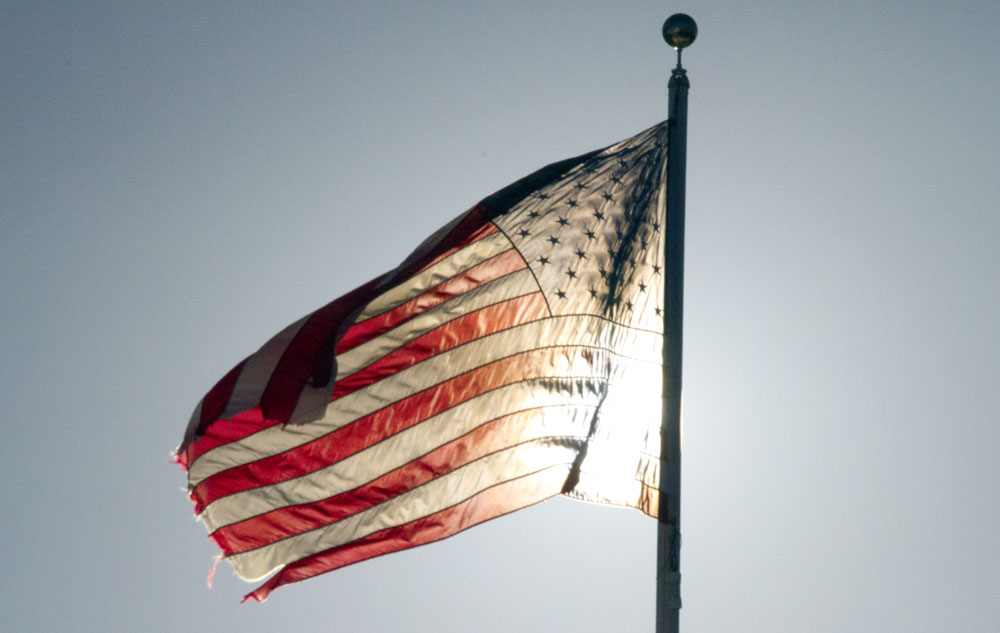 What exactly does the loud, super patriotic crowd in America actually love so much? It seems to me this collection of individuals proudly arm themselves to take on the very country they profess to love, yet hate, at the same time. Although they do not trust their government, or many elected officials, they also love the country, and by damnit hate anyone who doesn’t agree!

What is the “country” though? The military? The flag? The government? The inherent ideas and values passed on from the very beginning? Whatever the country is, they love it. Or do they? What exactly is #Merica, anyway?

Maybe it’s the good ol’ Founding Fathers. The Declaration of Independence promised, “All men are created equal!” But early American leadership forced indigenous people off of their land, enslaved an entire race of human beings still being brought to this country against their will and in the most vile conditions imaginable, neglected to grant half the population (women) equal rights or the right to vote, and failed to grant non-property owners the right to vote.

For hundreds of years after the nation’s founding, leaders gave orders to violently stifle demonstrators exercising their right to free speech. It’s almost as though those Founding Fathers everyone loves were just looking out for themselves and their fellow rich, white buddies, and didn’t actually give a damn about liberty, freedom, or the pursuit of happiness for anybody else.

With all of the other obvious instances of inequality, injustice, and infringement of “freedom” which contradict the Declaration of Independence and the Constitution, is it actually absurd to view America in the patriotic way that so many do?

Women still make less money than men, 50% of African American youth remain unemployed, children still go to bed hungry, and working poor people are shamed for government assistance. In the past, I have heard arguments refuting that point. These arguments were based on pure ignorance of the topic, or acknowledgement of its reality while admitting it is to be expected.

“Well, it would be ridiculous to actually expect equality!” they have said.

Patriotism cannot be based on the inherent values of our founding documents, as those values don’t really exist in practice, and really never have.

Then what about America is to be loved so deeply? The current government? No, it can’t be!

Either way, there is one freedom we do have, despite phantom efforts to abolish such a right — the right to bear arms. This will keep us on a level playing field against that $610 billion military budget should the country, err, government, err, well, “they”, ever take our freedom and liberty away!

Can you imagine if they tried to take freedoms and liberties away? Wait a second… maybe that military budget is… America? But why do us Americans have all of these guns if we patriotically have them just to fight against… America?

Perhaps patriotism, or “the country,” must really be just the flag. The stars and bars. It is a nice looking flag.

Or maybe not. I don’t know. Whatever the case may be, I guess “patriotism” is difficult to define. Kind of like “religion.”

And please, do not confuse this piece for ungratefulness. I realize this country is a lot better than many others. However, is it so horrible of me to hold this country to the standard they made for themselves in popular history books? Shouldn’t this country, the self-proclaimed greatest in the world, live up to the expectations it has created for itself?

No matter how you slice it, the “American Dream”, if such a thing even exists at all, is only true as advertised for a very small portion of the country. That very small portion is reaping the benefits of the “patriotic” majority, whatever the hell that is.