In 2009, the oddest thing that happened at the Old Port Festival was not giant parading puppets or drunken shenanigans. It was a couple dozen Roller Derby skaters and volunteers careening through downtown with a lobster roll longer than an eighteen wheeler. 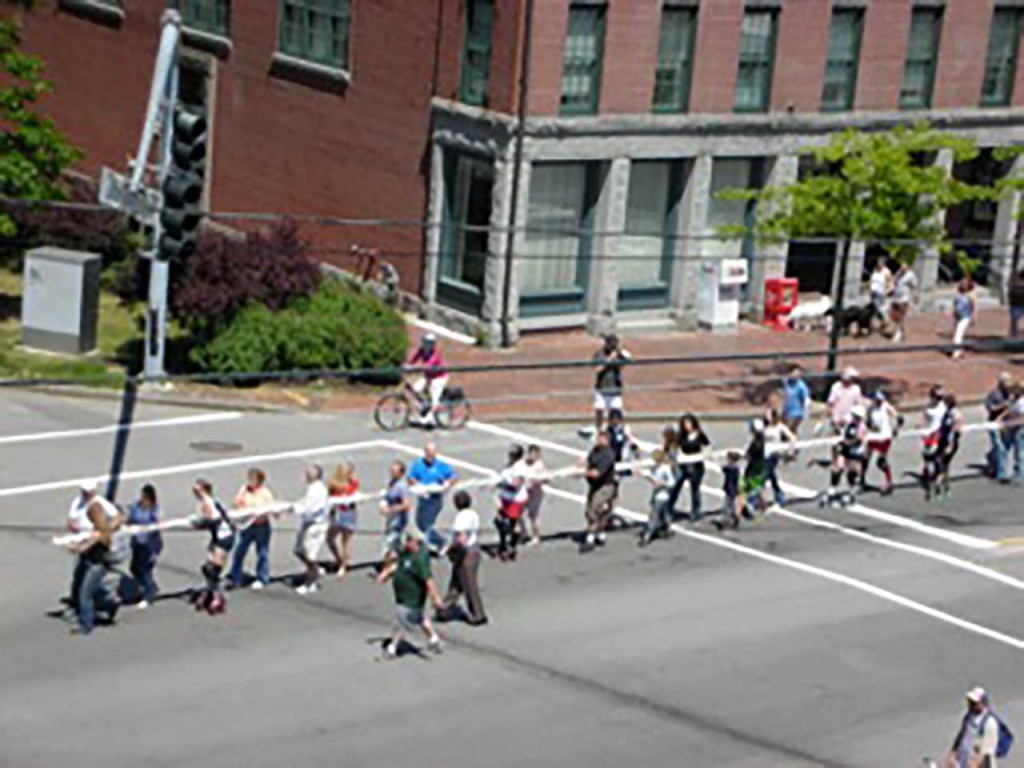 It began after a tragic drowning death inspired West End neighbors to raise funds for swim lessons at the Reiche Community Center pool. What better way to raise money in Maine than with lobster rolls? Or better yet, one giant lobster roll!

Before long Amato’s, Linda Bean’s, the Roller Derby skaters and Miracle Whip were on board with the endeavor. 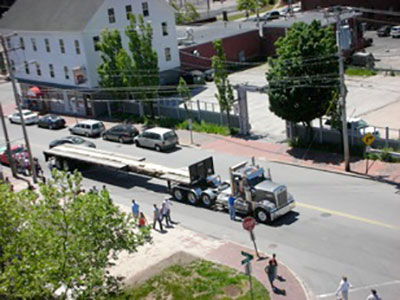 Amato’s had a special tin made for baking the roll and it was brought in on a flat-bed truck. -Photo by Steve Graef ’09

Amato’s made a 70-foot sub roll for the event. This was a feat of baking ingenuity in and of itself. It required building a custom aluminum case for baking it.

Linda Bean provided the pounds and pounds of lobster. Miracle Whip matched donations — chunks of the sub were sold for $20 a piece. And the Roller Derby skaters were the ones to deliver it to the waterfront.

The official count was 69 feet of lobster, roll and mayonnaise. Unfortunately, the Guinness Book of World Records refused to recognize it as the World’s Longest Lobster Roll. It turned out that the lobster roll was too “provincial” for their publication. More of an ethnic food than a cruising of worldwide interest.

So what? Who cares that Guinness does not recognize it? We know that Old Port Fest ’09 was where the longest lobster roll ever was made.. and that lobster roll would go on to make youth in the West End a little safer.

How’s that? The World’s Longest lobster roll was a successful fundraiser, too. Proceeds seeded the Reiche pool swim fund. About $7000 was raised, and open swims in the summer and free swim lessons for kids continue to this day. Who knows how many lives have been saved.

If you would like to make a donation to keep the swim fund going for many years to come, visit wenamaine.org.