A second workshop to consider the City’s proposal to rezone the western waterfront and increase building height limits will be held in Council Chambers, City Hall, on Tuesday, January 24th at 4:30 p.m. The Americold Planning Board workshop will include public comment.

Americold seeks to build a cold storage facility on a plot of land formerly owned by Unitil. According to the developer, they need to build a facility 68 feet high to have the storage capacity to be a profitable facility. As such, the Portland Economic Development Department is offering a zoning change to increase building heights in the affected zone, the Waterfront Port Development Zone.

Since the last workshop, Economic Development has upped the request from 70 to 75 feet. In a memo to the Planning Board, City Planner Matthew Grooms and Waterfront Coordinator William Needelman wrote, “75 feet is the minimum building height that will result in a structure meeting the business model for the [Americold] project.”

West End residents have been vocal about their opposition to the zoning amendment. In a press release Salem Street resident Jo Coyne states in part, “Residents also agree that Portland needs a cold storage facility.  However, they feel cold storage needs can be filled under current zoning which restricts heights to 45’ and to development that serves waterborne commerce. Residents feel Americold’s goal is to build a warehouse for goods that are not maritime freight, not the cold storage facility that is appropriate to the waterfront.”

Also, Jo Coyne provided media with a rendering of a three acre, 70-foot tall high warehouse superimposed onto a view from Salem Street. According to Coyne, the rendering is accurate and based on data furnished by Americold. 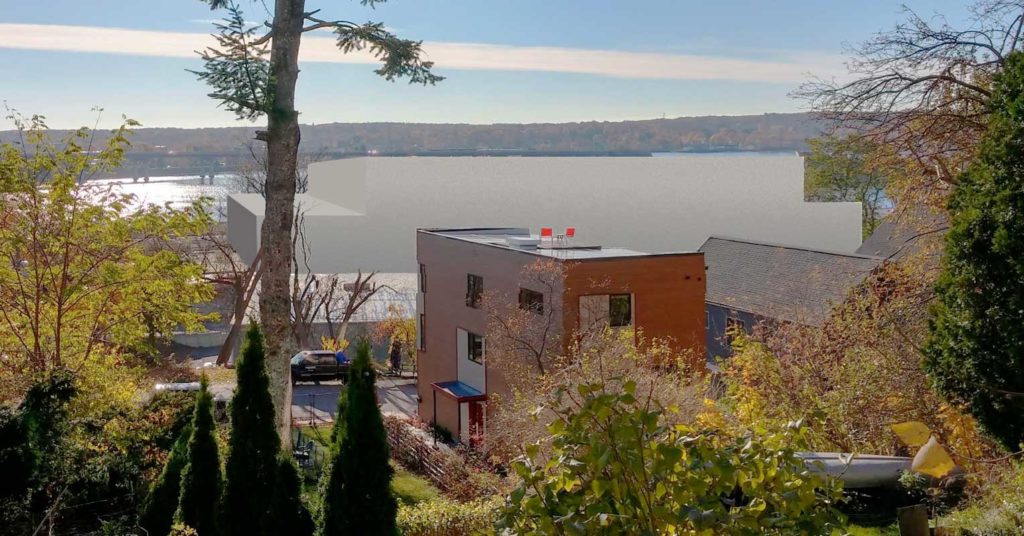 At a January 11th West End Neighborhood Association meeting, District 2 (West End, Parkside) Councilor Spencer Thibodeau called the modeling “dishonest.” He believes the rendering is not to exact scale and is misleading.

At that WENA meeting, Councilor Thibodeau stated that he was not currently in support of the Americold project as proposed.

Public comment to date may be viewed at portlandmaine.gov/1887/Port-Development-Zone-Planning.