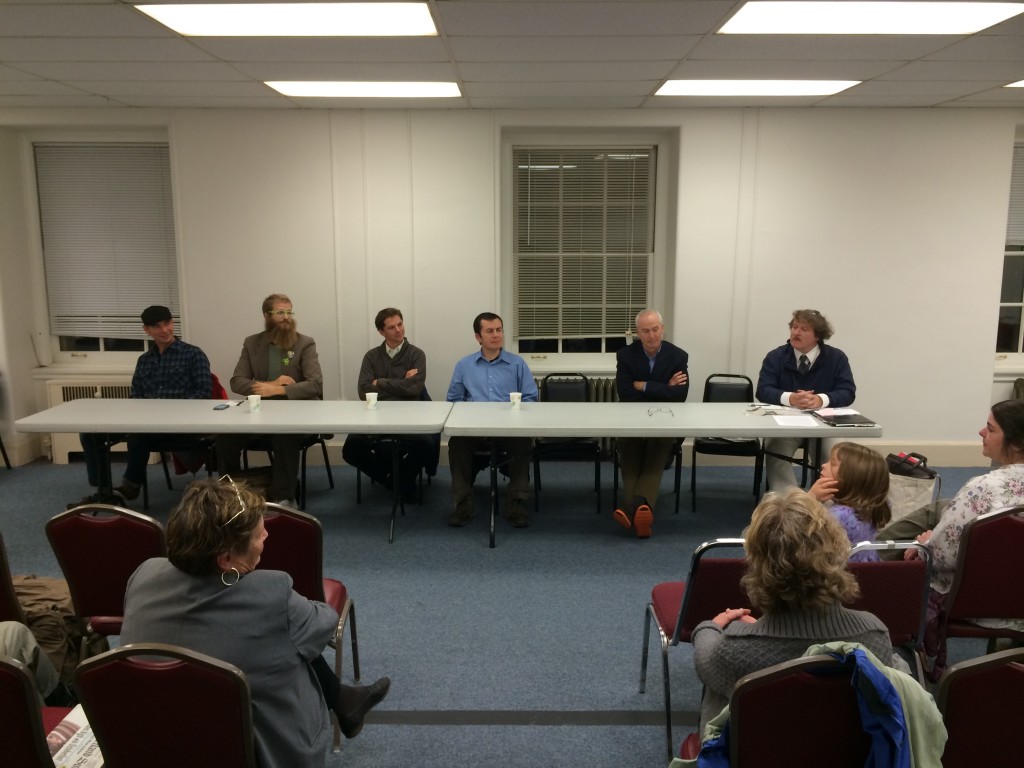 At the Bayside Neighborhood Association candidate forum, held on Tuesday, October 21st, in the basement of City Hall, six candidates were asked how they would vote on Question One, the bear referendum. Five out of six agreed they would vote yes. The notable exception was State Senate President Justin Alfond (Democrat – Portland), who declared that he was undecided on the issue, and probably would remain so right up to Election Day.

Political pundits and wonks agree that Portland is a solid yes vote for this November’s referendum. A “Yes” vote would ban the practices of using bait, dogs or traps when hunting bears. Maine is the only state in the county that allows all three practices.

Despite the overwhelming confidence in how Portland’s electorate will likely vote, the overall picture across the state is much closer. This could be why the Senate President is cautious with his answer. After all, how ever the vote goes on November 4th, there is a good chance Alfond will have to deal with bear hunting policy in Augusta in the coming session.

Alfond stated that he was not a hunter, but grew up in central Maine surrounded by gun culture. He remains undecided on whether the practices of baiting, hounding and trapping should be banned. He was reaching out to state experts to learn more.