Posts
Home Featured Reiche gets an elevator and other improvements

Reiche gets an elevator and other improvements

Improvements at Reiche include an elevator and a more secure entrance

District 2 Councilor Spencer Thibodeau led a ribbon cutting  to celebrate the opening of the renovated Clark Street entrance to Reiche Elementary School and Community Center. The improvements include an elevator, new interior entrances and a more secure roof. Also, new improvements to crossings on Brackett Street have been finished. 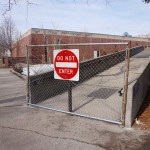 Community center space and a public health station are located on the second floor of Reiche. Previous to construction of the new entrance, this second floor area was accessed by an exterior concrete ramp. The ramp began to crumble last winter. The concrete was disintegrating forming a hole that was growing larger by the day. That hole in the concrete left the blacktop walking surface unsupported and unsafe. So by February 2016 the ramp was closed.

Structural engineers discovered that the ramp could not be repaired. In addition, the roof was lacking important underpinnings and sealing that should have been done during the original construction. Add to these remedial issues a long standing security concern for separating school and community center entrances and you have a $800,000 project. 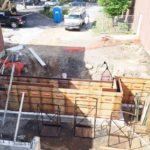 Councilor Spencer Thibodeau worked with City Manager Jon Jennings to secure the $800,000 for the improvements from the Capital Improvement Plan (CIP) Fund. The ramp was removed during Spring Break 2016, and by summer the project was fully underway and projected to be completed by the start of the current school year.

Better late than never. On December 14th the new entrance was completed and unveiled to the public.

New entrance with an elevator

“You guys applied the pressure to us to make us do more,” remarked Spencer Thibodeau to the parents, students and community members who gathered for the ribbon cutting. 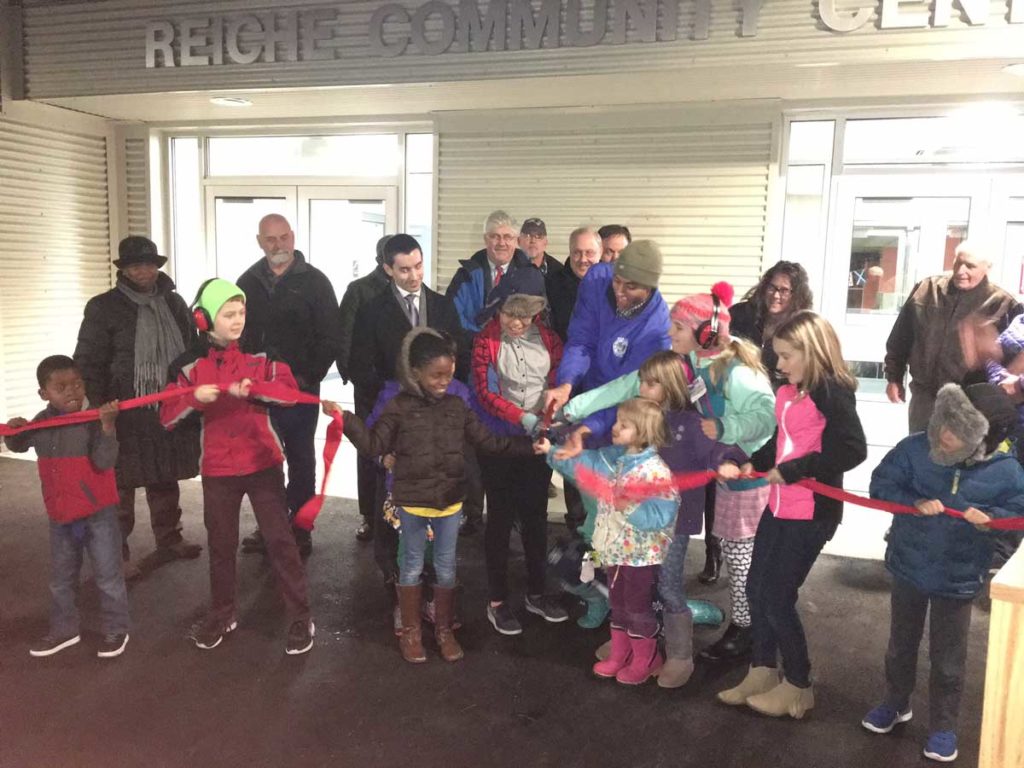 The new entrance does away with the ramp and features an elevator that provides ADA compliant access to the Community Center and Public Health Station on the second floor. The community space is used by West End Neighborhood Association, Portland Recreation classes, the Book Nook, various events and more.

The improvements also create separate entrances to the community pool, school cafeteria and first floor classrooms. In addition, the exterior grade and interior floors were raised to match the floor level of the pool hallway and first floor. Raising the floors brings ADA accessibility to all levels of the building. Also, the renovations improve school security by separating public areas from students. 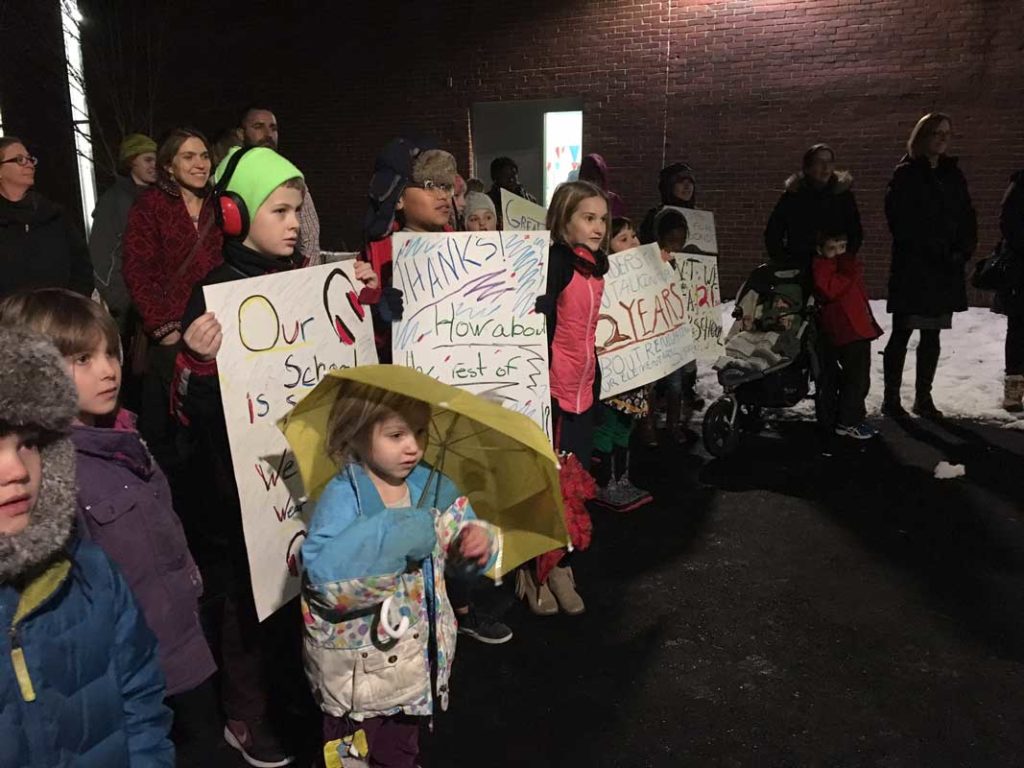 In addition to the improvements to the school building, $85,000 was invested to upgrade Brackett Street crossings. Curb bump outs, lane striping and new parking rules narrow the road and slow traffic. Also, new crosswalks and flashing crosswalk lights were installed.

Parents and neighbors have been asking for speed bumps and better crossings in the area since at least 2008. Speed bumps have been rejected because of the impact to emergency vehicles that regularly use Brackett Street.

“This is an example of when people jump in to the middle of the pool and figure out what needs to be done,” said Reiche parent Todd Alexander at the ribbon cutting.

Councilor Spencer Thibodeau told the West End news that more improvements are on the way and our readers will be among the first to learn what is up next for Reiche.