Raising Rabbits Good for the Environment

“if you eat meat, you kill animals, but you also kill them by eating plants.”

THEREFORE, it’s illogical to argue that humans should not eat meat for biological reasons. 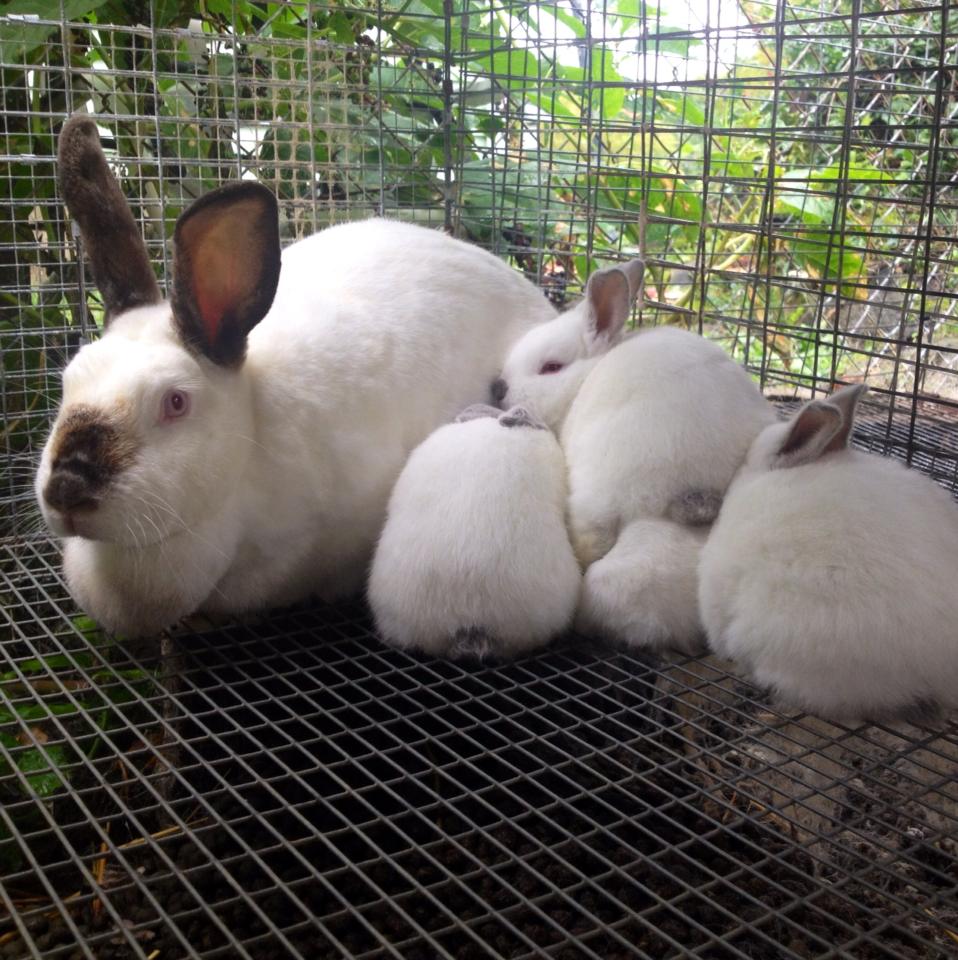 Rabbits being raised for meat. -Photo by Jordan Mazurek.

Why I Eat Meat

Let’s drop this, “But they’re so cute… We could support so many more people with the land that is used for animal production… It’s unnatural and unhealthy to eat meat…”

I’m all for responsible and environmentally sound food production. And because of that, not in spite of it, I eat meat. My chickens eat things that have no higher and better use than compost. Without chickens those scraps become compost, not high-quality protein.

According to PETA, “Using land to grow crops for animals is vastly inefficient. It takes almost 20 times less land to feed someone on a plant-based (vegan) diet than it does to feed a meat-eater since the crops are consumed directly instead of being used to feed animals.”

Really? All animals eat all foods, and all land is equally suitable for all types of production? Are you looking forward to your new diet of grasses? Are you even able to digest grasses? (No.)

This is propaganda and crap, if not an outright lie. In a study published in the journal Elementa, “Science of the Anthropocene, Carrying capacity of U.S. agricultural land: Ten diet scenarios,” a vegan diet is less sustainable than several vegetarian AND omnivorous diets. That’s right, a vegan diet is less humane and sustainable than some diets including plants AND animals.

The Case for Raising Rabbits for Meat

The banner on PETA’s website (http://peta.org) includes a picture of a rabbit. Since childhood we’ve been indoctrinated to see bunnies as cute, cuddly, friendly and sweet. It wasn’t until I was actually around animals, working for Farm Sanctuary, that I gave up the vegetarian lifestyle. I’d been vegetarian for years, but began eating meats. At Farm Sanctuary in upstate New York, I learned that even herbivores are not all cute and cuddly. In fact, if they’re not separated, young bucks (male rabbits) will castrate each other – with their teeth! 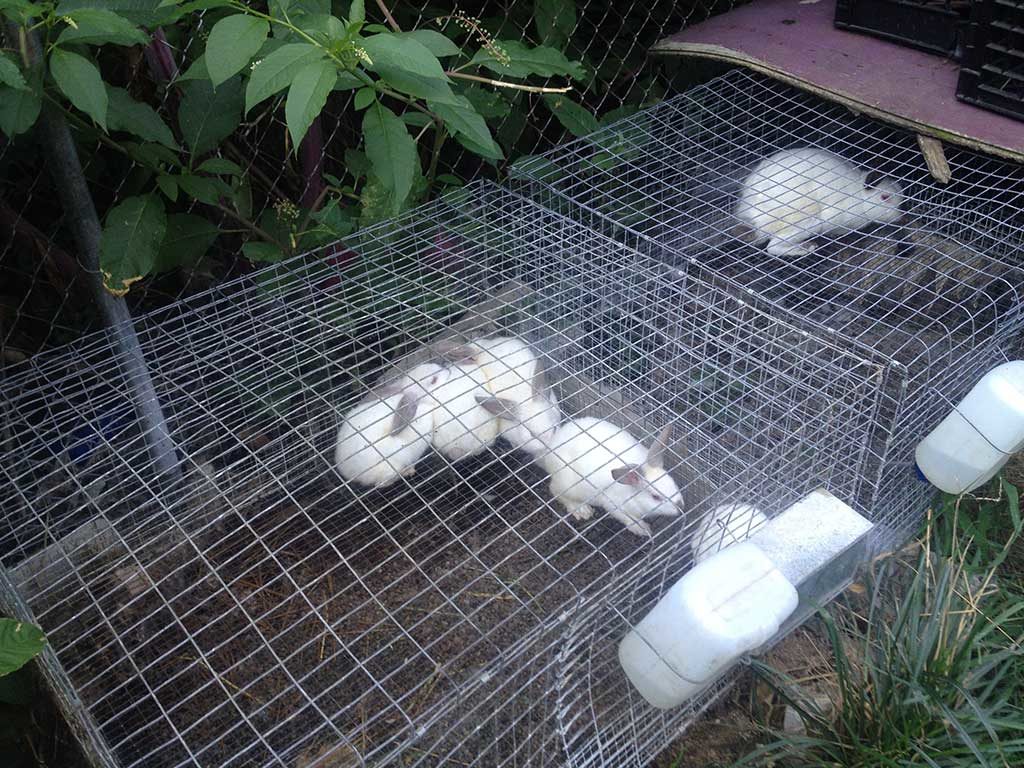 Rabbit kits at the Amos Farm, an urban farm at Justice House in Lexington, KY. -Photo by Christian Torp

It’s immoral to be disrespectful and cruel to living beings. That’s why I don’t support factory farming, but that’s also why I raise rabbits. Rabbits can be raised on a grain-free diet of garden scraps. (Again, don’t believe the numbers about how many humans could be fed with the land used for animal production.)

According to the Food and Agriculture Organization of the United Nations (FAO), rabbits are some of the most efficient converters of feed to meat (Feed Conversation Ratio or FCR), with nearly double the FCR of beef cattle. Moreover, although broiler chickens have a higher FCR, they are unable to easily convert available proteins in cellulose-rich plants to a usable human output. Thus, making bunnies the leader of the pack.

As the FAO says, “The whole point of meat production is to convert plant proteins of little or no use to people as food into high-value animal protein.”

While beef and poultry compete directly with humans for the same grain, soycakes and cereals, rabbits can be produced on what has no higher and better use than as compost. And you can raise rabbits right in your own back yard.

The world is dying. Consider that there are too many people for the earth to support at current levels of resource depletion, even without the effects of climate change. Of course, modern agriculture exacerbates this. Turning this thing around is going to be about doing it thoughtfully and efficiently, taking all factors into account. Allowing preconceived, non-evidence based notions to determine the most suitable course of action is homicidal.

Yes, the end result of a save-the-animals mindset is the killing of human beings, who are also animals.

Time Magazine: How Rabbits Can Save the World (It Ain’t Pretty)

How Rabbits Can Save the World (It Ain’t Pretty)

University of Maine Extension on backyard production of meat rabbits:

QUARTZ: Being vegan isn’t as good for humanity as you think:

Being vegan isn’t as good for humanity as you think 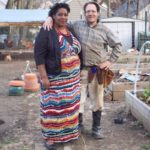 Christian is an attorney, missionary, activist, urban-farmer, foster parent and advocate for social change. He lives at Justice House (facebook: Justice House) with his wife, Tanya in Lexington, KY. If you have any questions or comments for Christian, or there’s something you’d like to know more about, please reach out to him at theamosfarm@gmail.com.